After the Sun reappeared in Ireland after historically winter storm Emma, I visited Killarney National Park on the Southwest end of the island. Received by blue skies and dismissed by rain, it couldn’t have felt more Irish. Patches of snow were still holding for life, and the streams and waterfalls looked more alive than ever. The following is a compilation of pictures that better describes my visit to Ireland’s first national park, and that it will make you want to pack your bags and visit right now. 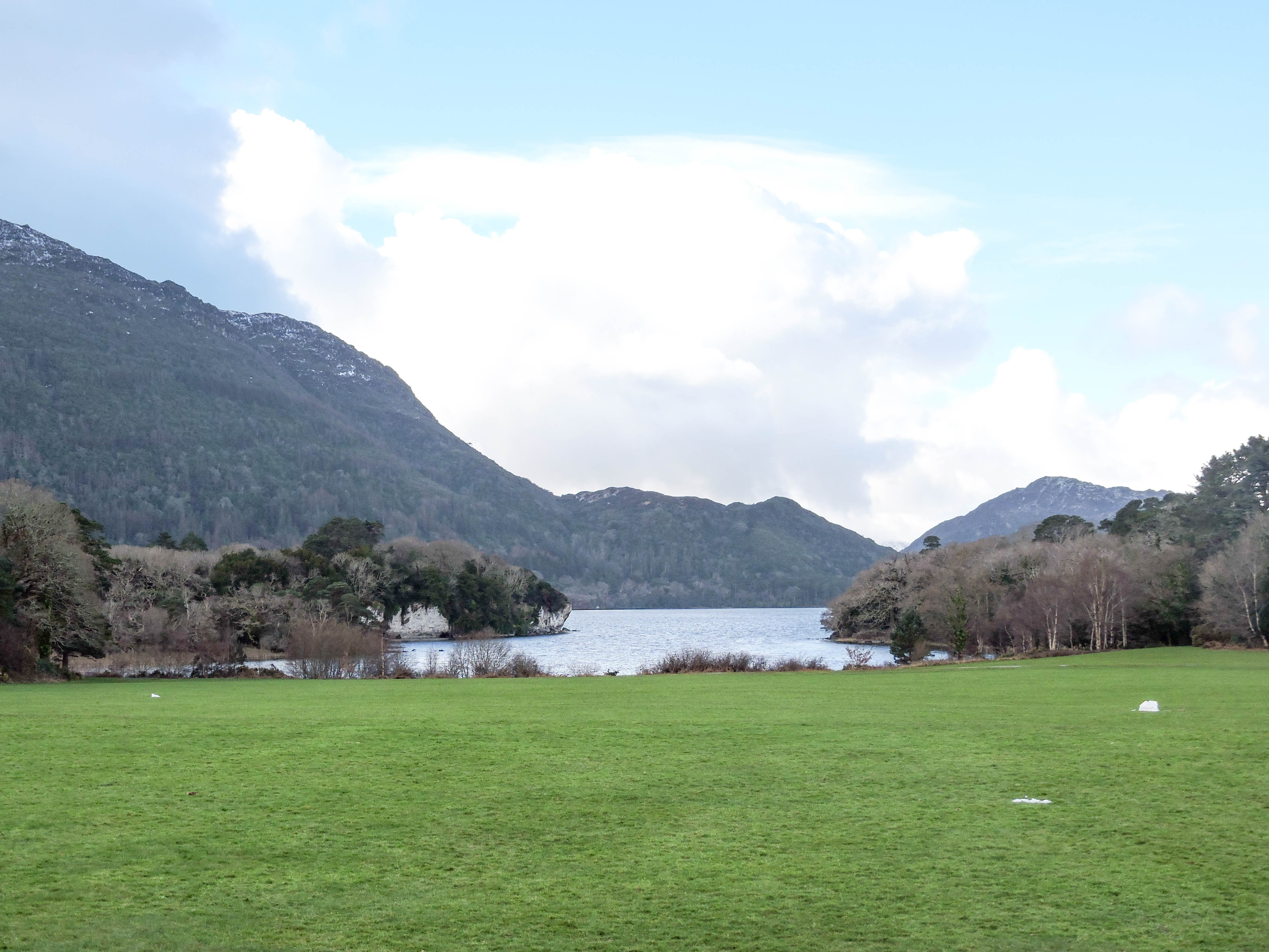 Dundag Bay on Muckross Lake as seen from one of the entrances of Killarney National Park. You can still see some snow on the grass to your right. 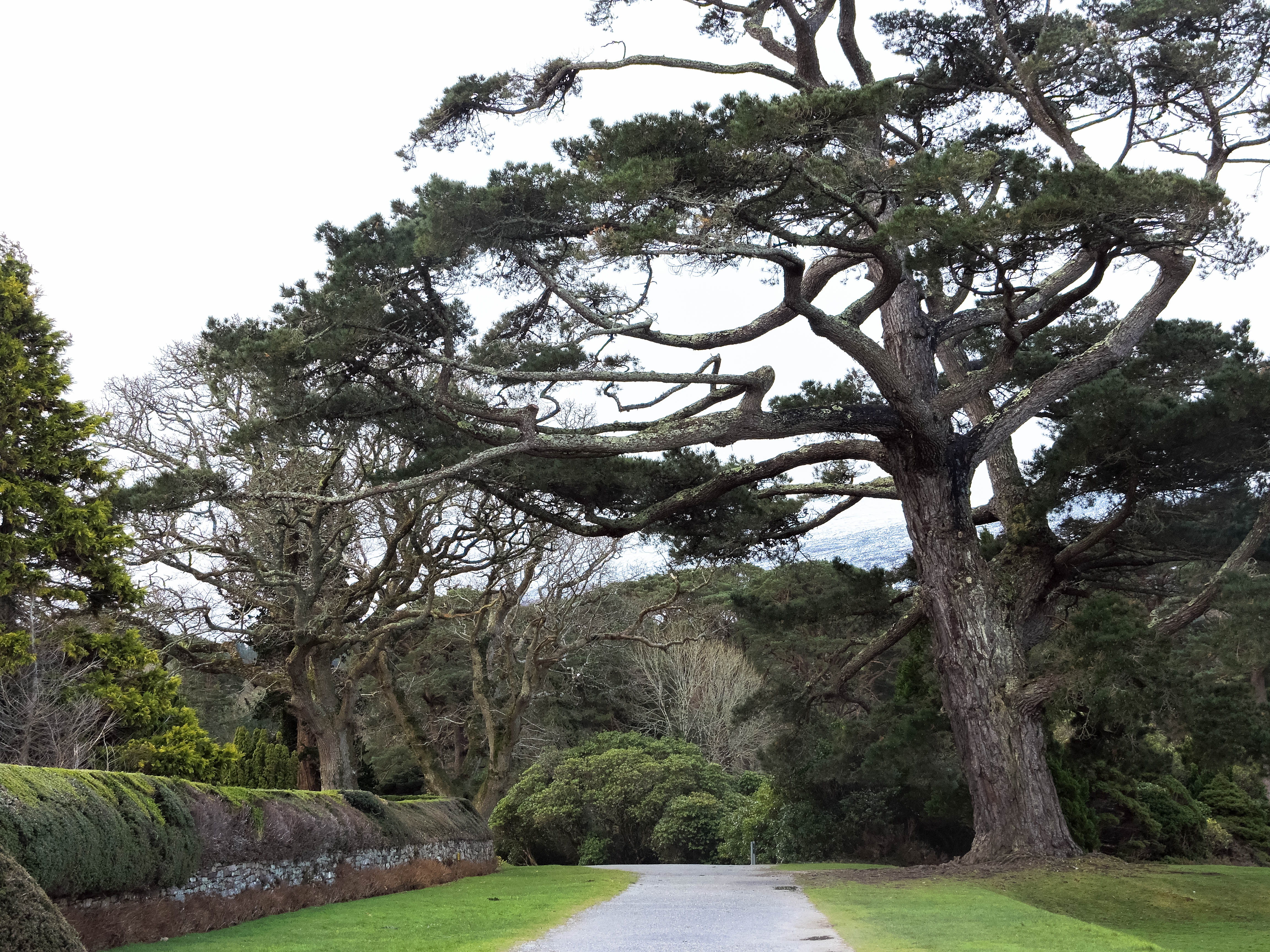 Killarney National Park has the biggest area of native woodland in Ireland. Here you can see some of its diversity with a snow covered mountain in the background. 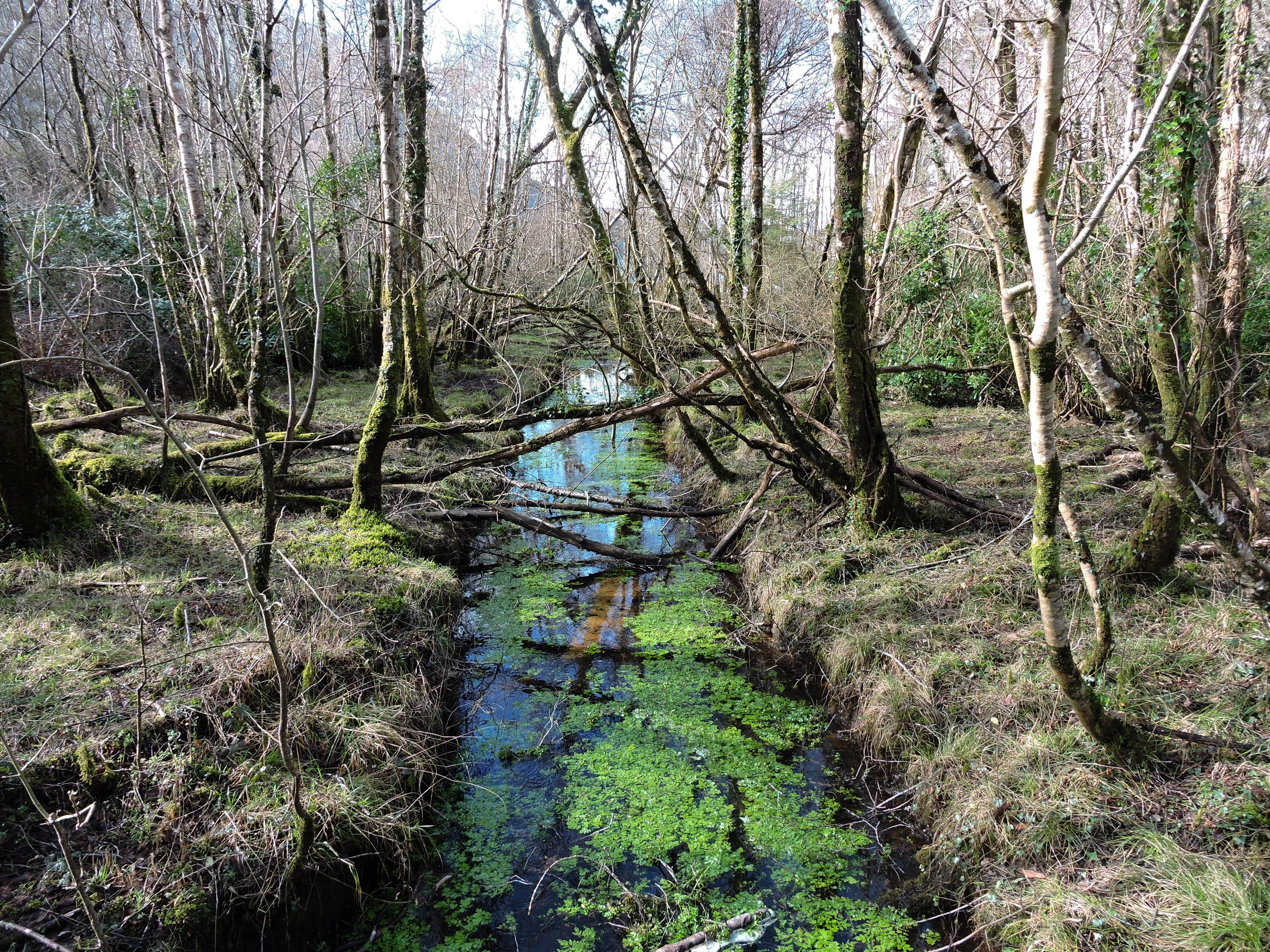 Because of all the snow that had melted, streams were brimming, and oak wetlands were in full display. 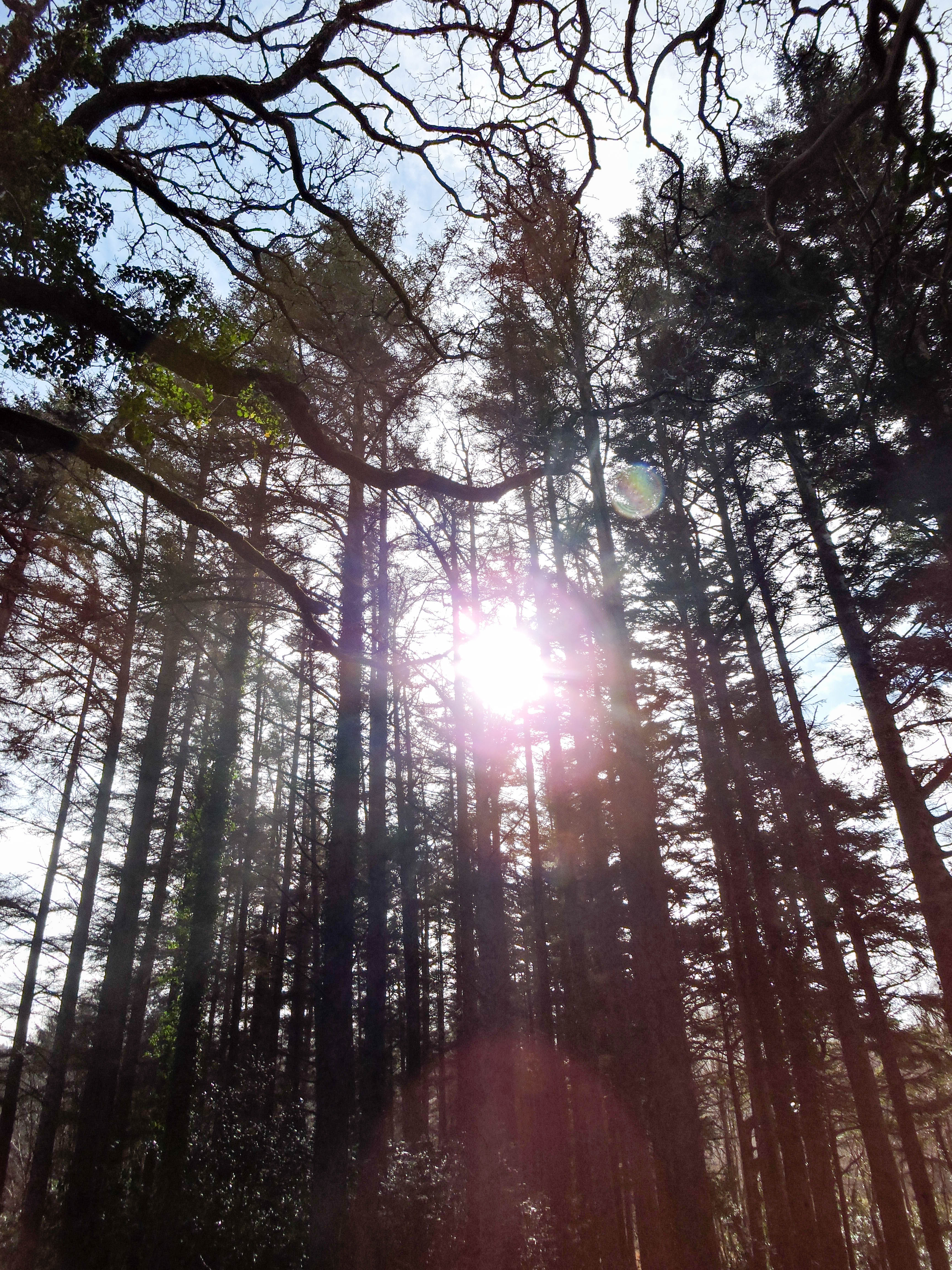 The weather appeared to be much different from Dublin or Cork where the snow was gone but not the rain or cold. 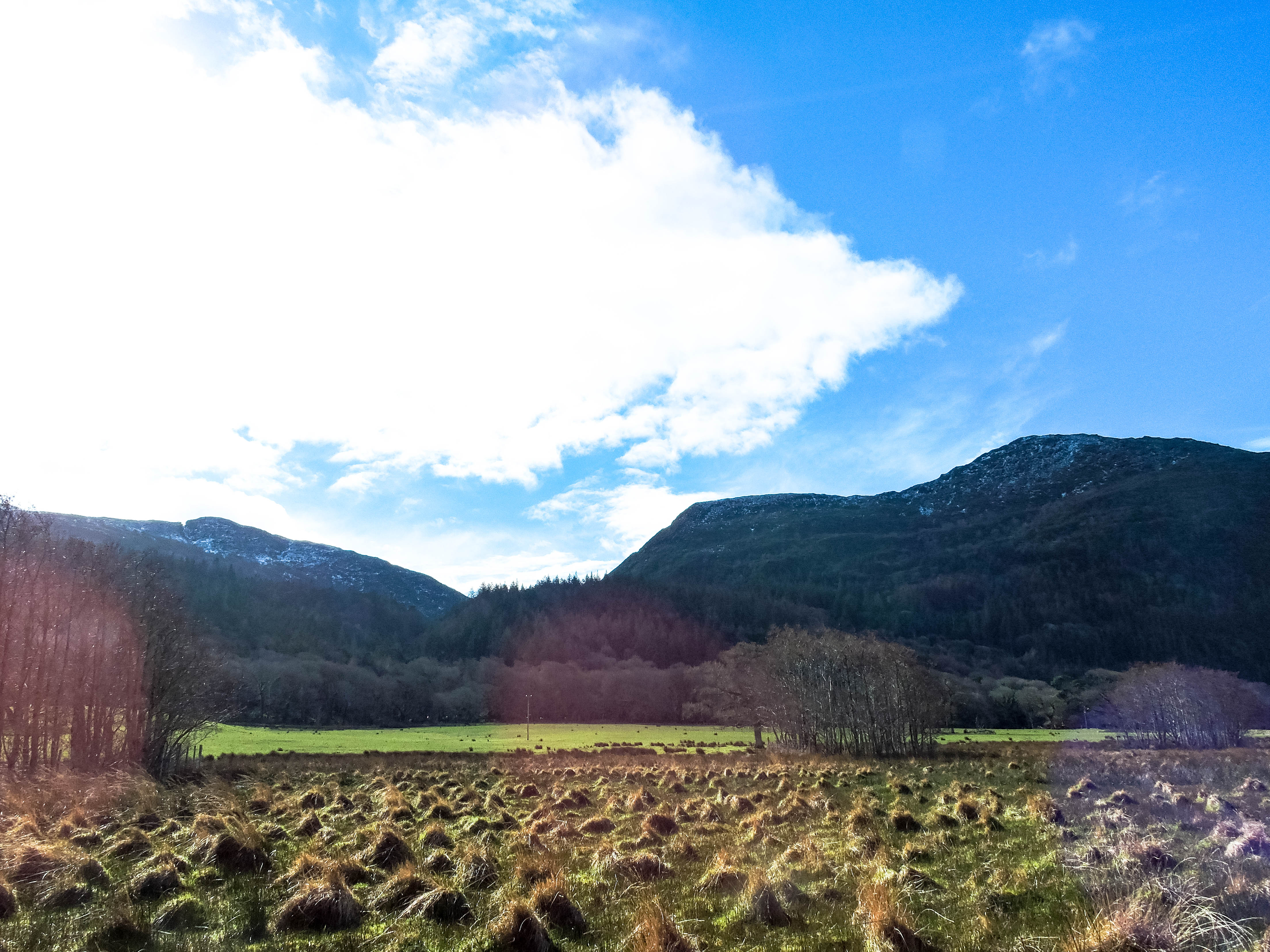 Red Deer are often seen grazing these lands. Sadly, I was not able to spot one. 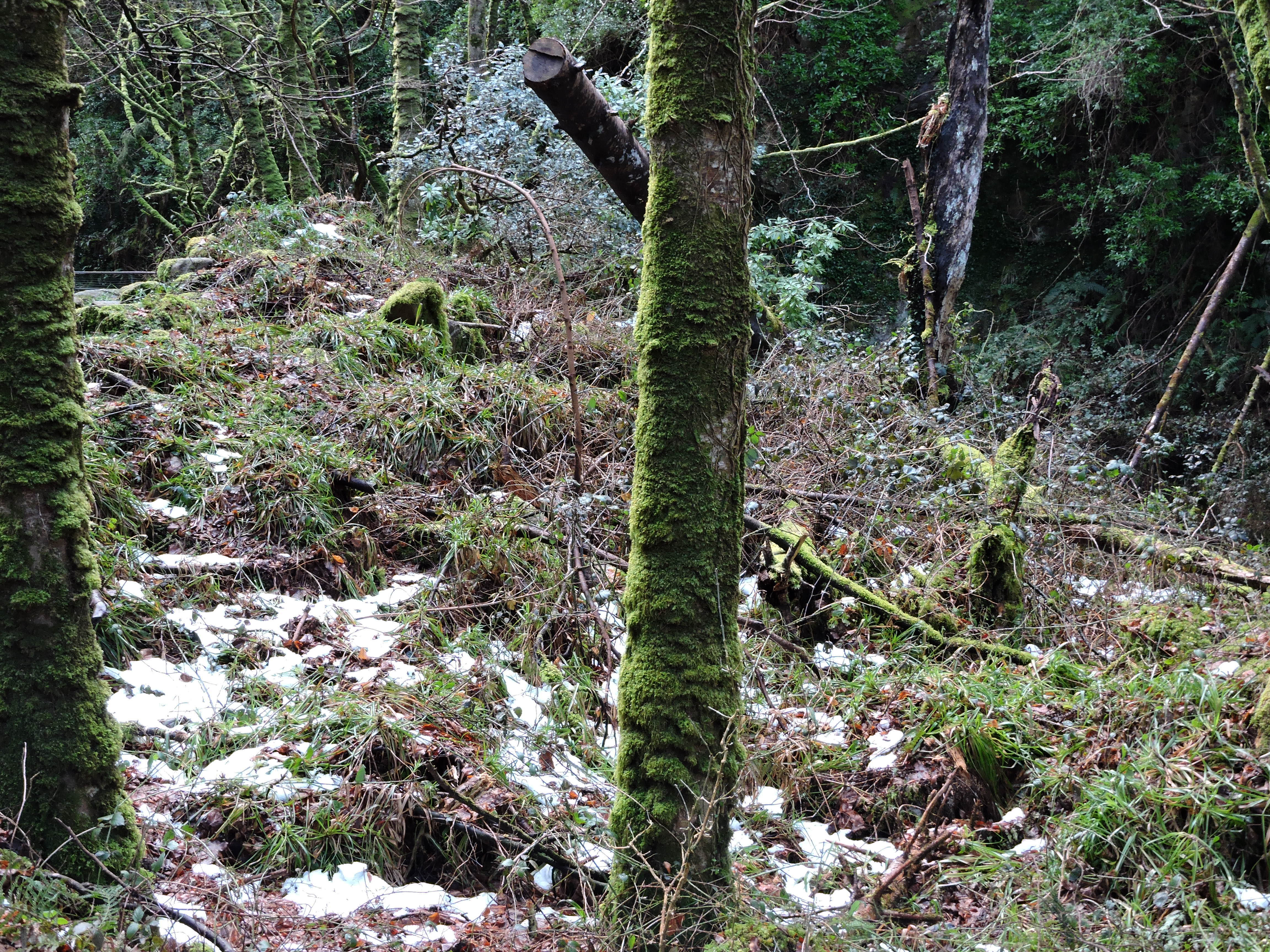 The snow did not take away the greenery (and how green!) of the moss. 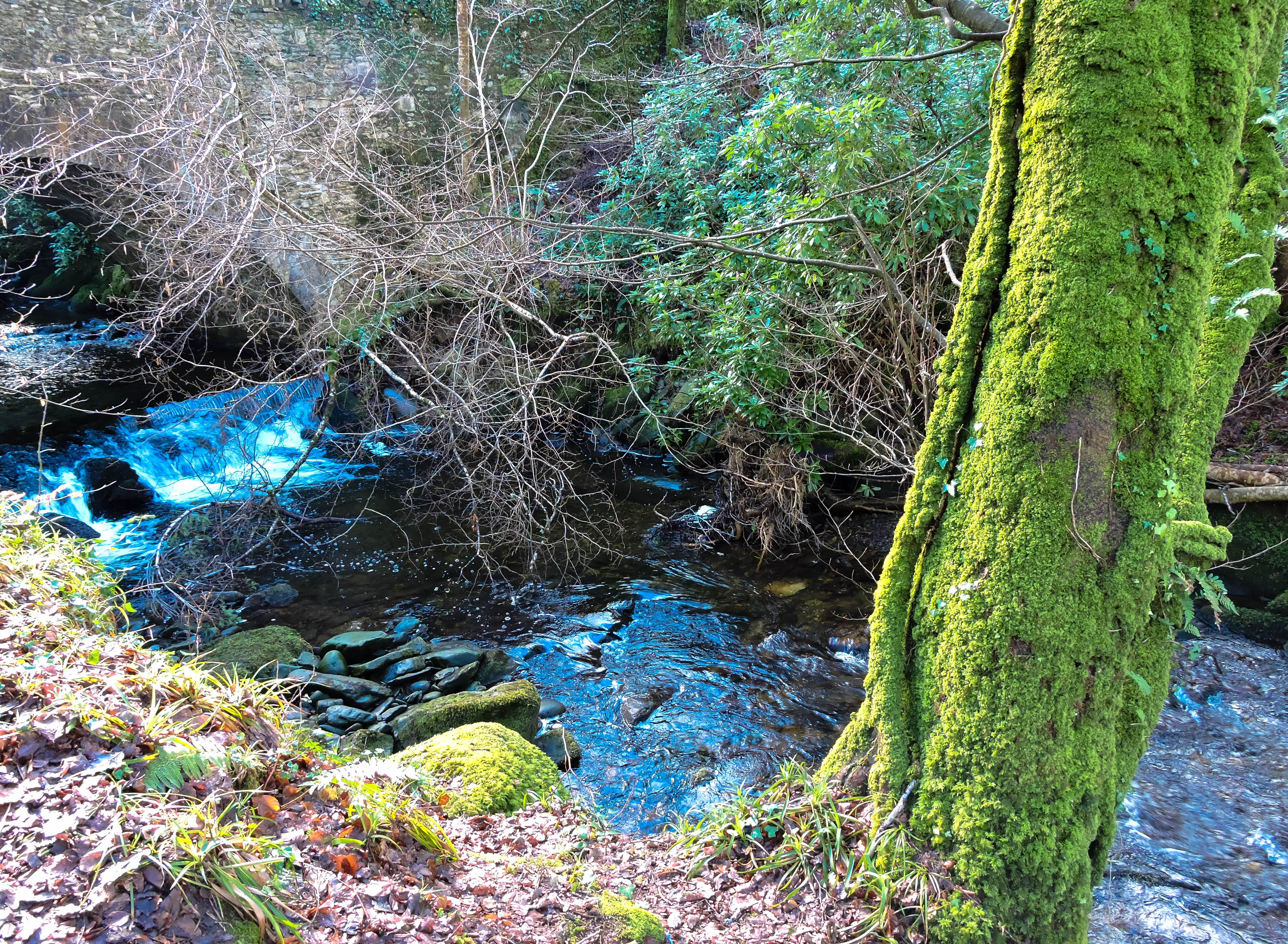 Some areas of Killarney National Park appear to have a high contrast filter engrained on them. Clearer than clear water, and greener than green moss abound. 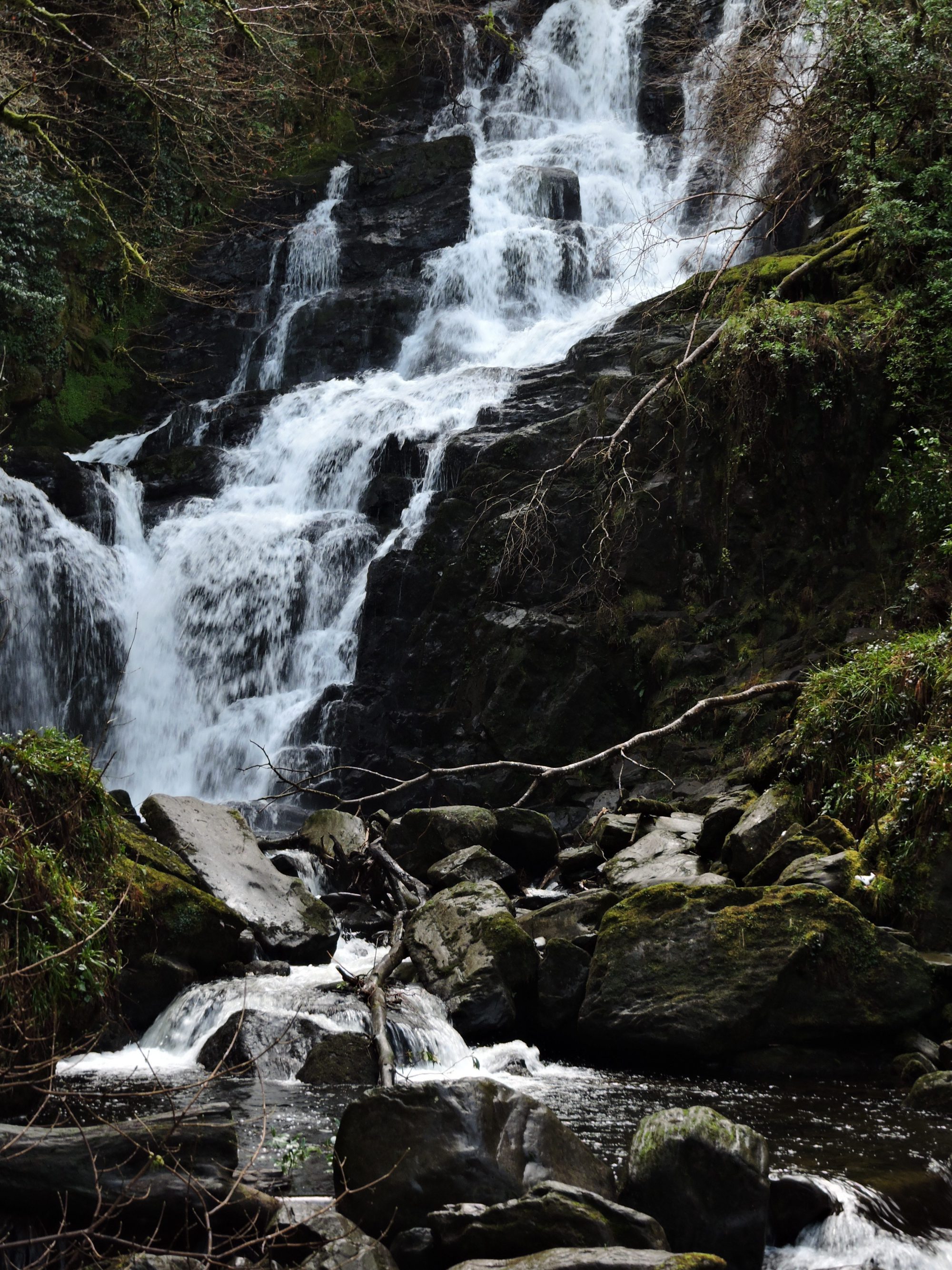 Torc Waterfall – One of the most well-known features of the park. You can hear it from afar. 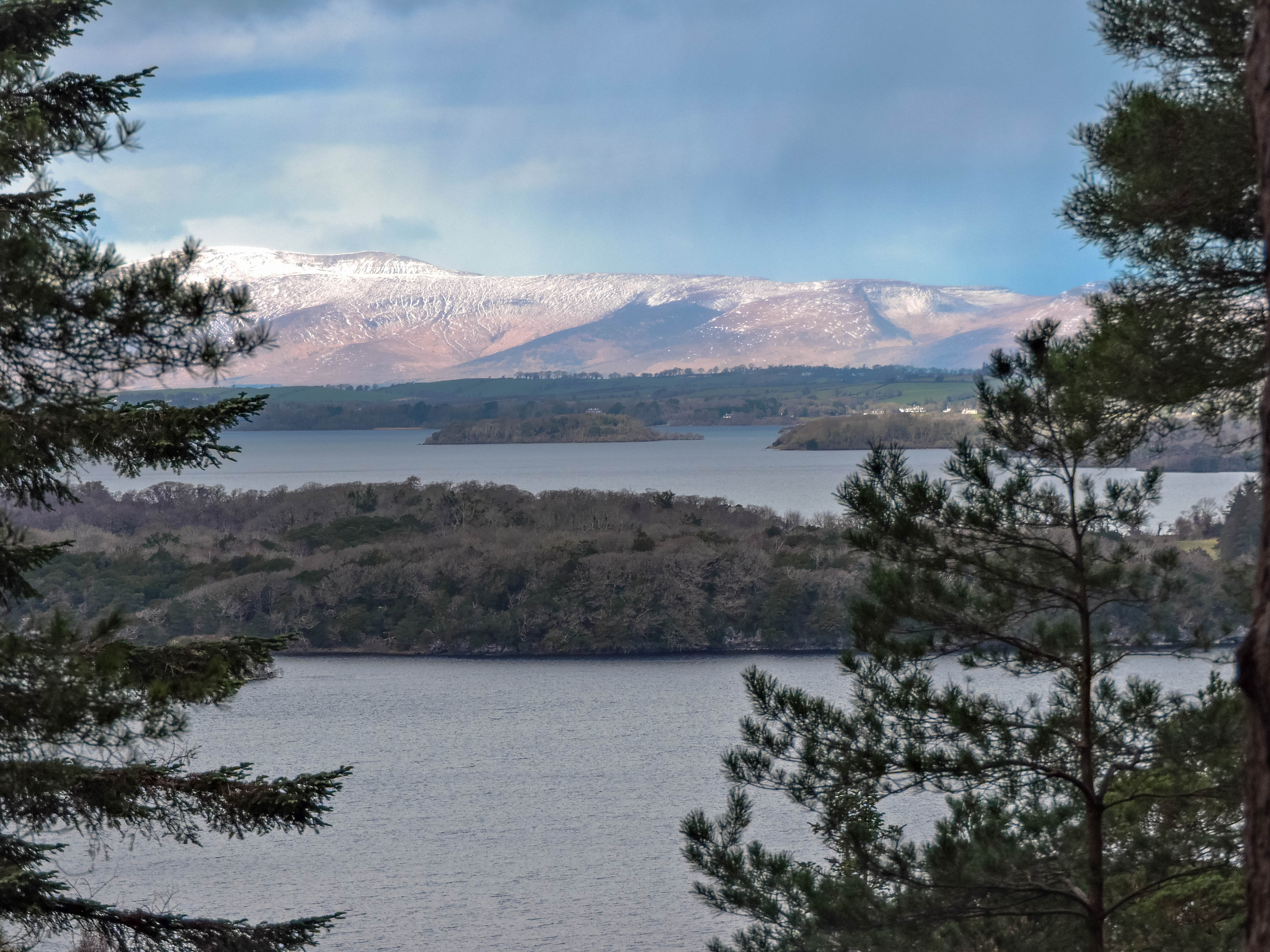 The steps in Cardiac Hill at Killarney National Park are (as the name suggests) not the easiest steps to climb. Nonetheless, as you can see, the view from the top is completely worth it. 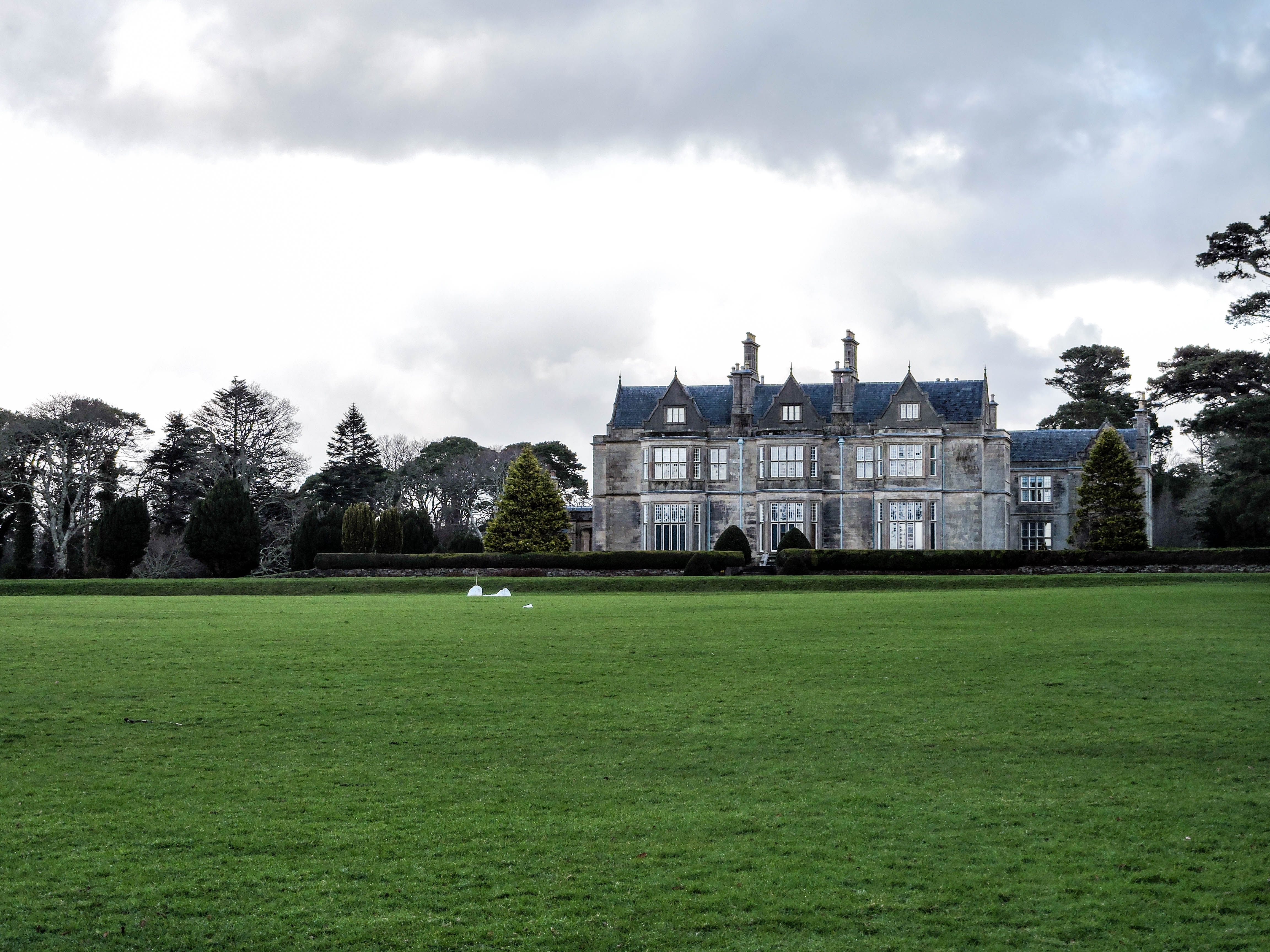 Grey skies started to loom and it was time to go. Muckross House, a Tudor style mansion with sixty-five rooms was our first and last sight of Killarney National Park. 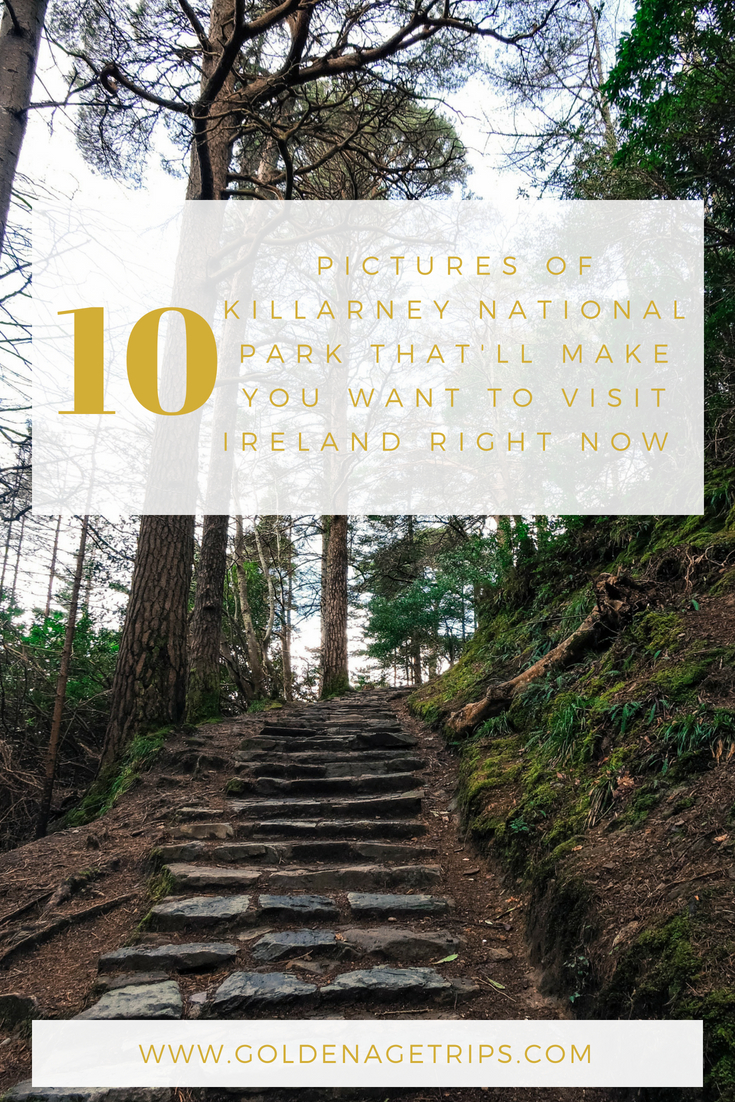