HomeBlogDestinations10 Reasons Why You Shouldn’t Visit the...

10 Reasons Why You Shouldn’t Visit the Cliffs of Moher 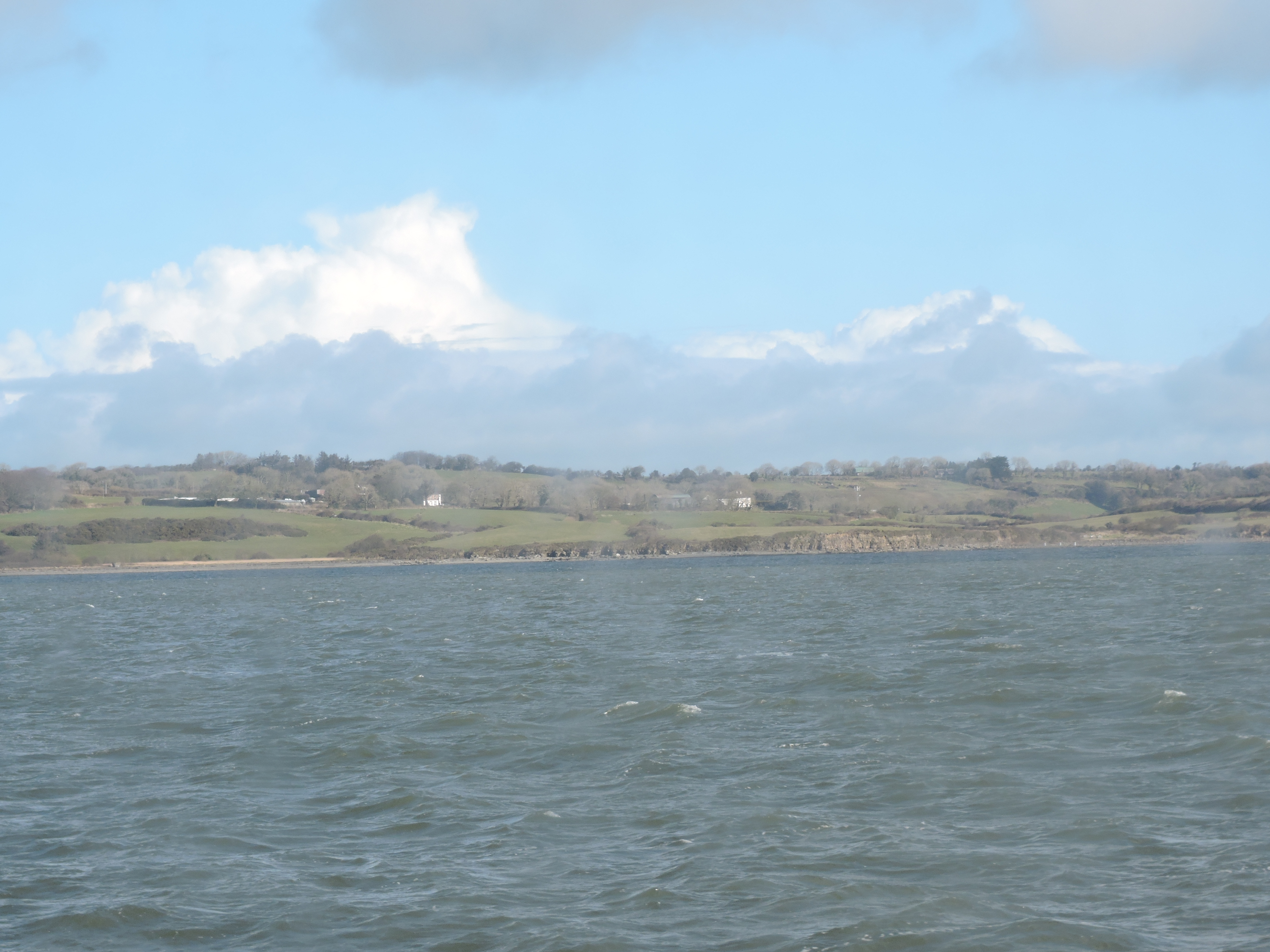 Views from the Shannon Ferry

Have you ever been following a GPS or Google Maps when you realize you need to get your car on a ferry? I have never been in that situation until I tried to get to the Cliffs of Moher driving from Tralee.

The Shannon Ferry connects County Kerry with County Clare, and it lets you take a 20-min break while you navigate through the Shannon Estuary. I don’t understand how you would need a break from driving on the left, and narrow roads.

Note: If you buy the tickets in advance, it is cheaper than if you do on the day thereof.  That was something I didn’t know before we went. Well, I didn’t even know we had to take a ferry. If you go during the Summer, it is said you can spot dolphins.

The roads to get to the Cliffs of Moher are…different 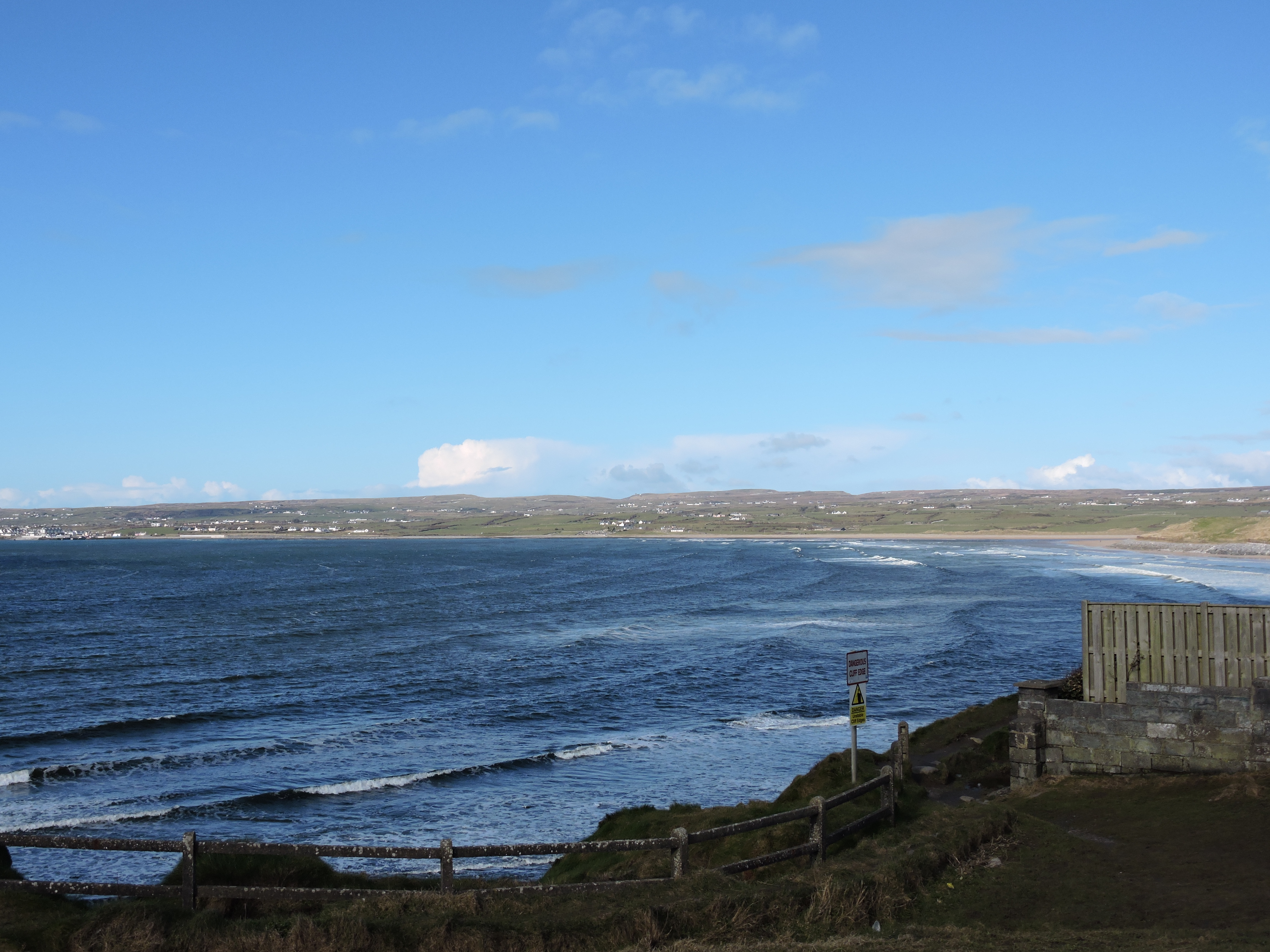 This was the view for part of the route we took to the Cliffs of Moher. Panoramic views of the Atlantic for miles, with cute holiday houses and farms on the other side. It is also known as the Cliff Coast, and you’ll smell the sea salt water and feel the sea breeze (or high force winds) on your skin.

Thankfully, there were some areas in which you could park and take pictures without disrupting anyone’s life. Don’t stop in the middle of the road to take pictures, is not nice.

It has very old castles 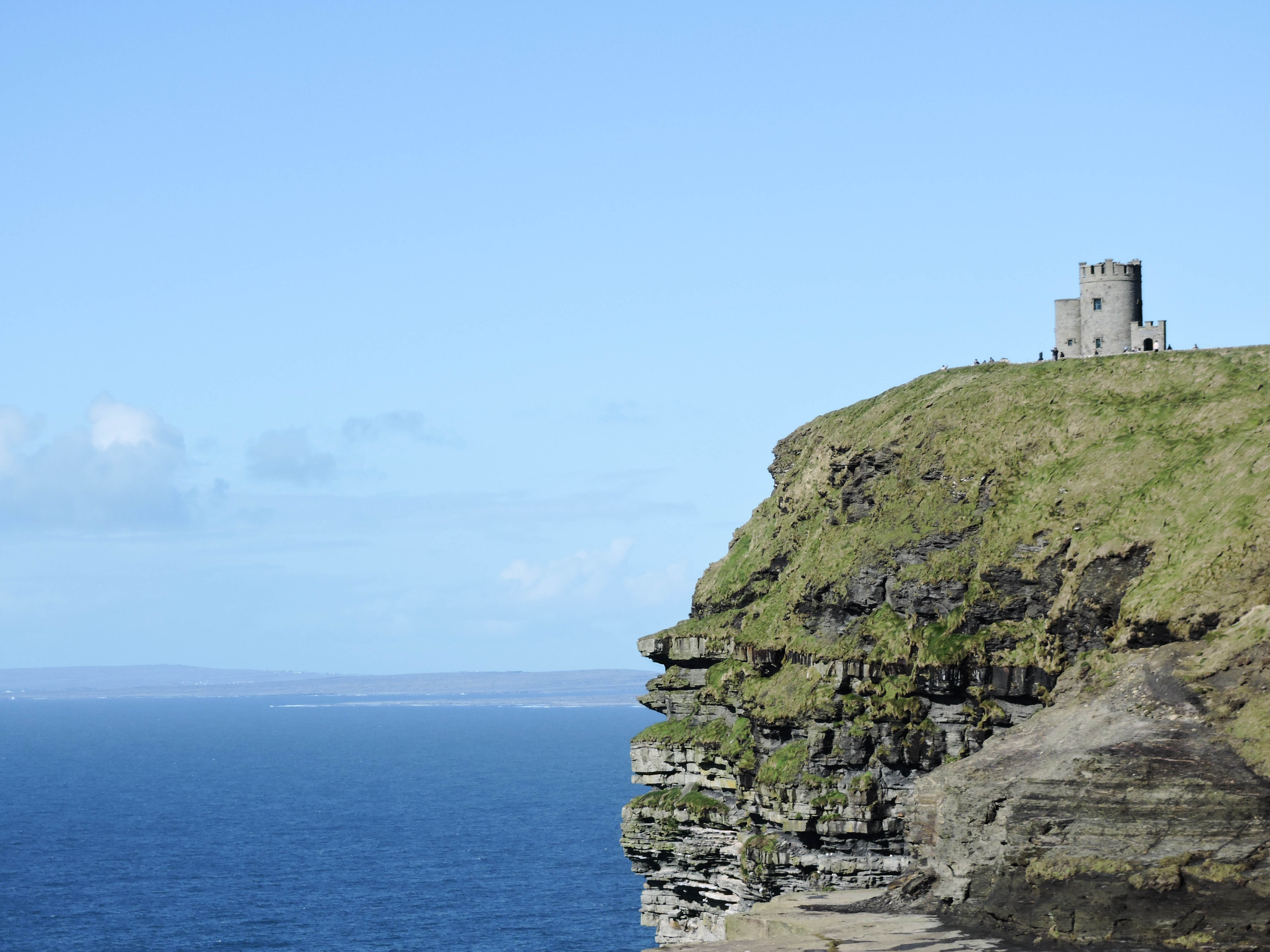 Don’t people get tired of seeing castles in Ireland? They are everywhere. Even on the Cliffs of Moher! I wonder who thought that was a good investment. “Wonder no more,” the internet said, Sir Cornellius O’Brien decided on its construction as an observation tower for Victorian tourists in the 1800’s.

Other versions say Sir O’Brien built it to impress women he was courting. Would that really have worked?

It has an entrance fee

Yes, there is an entrance fee (6 euros per person at the time of this article). You can pay for it on site or save time and get your tickets in advance. Click here to get your tickets if you are still not convinced of not going.

The fee not only covers parking, but the visitor’s center, and it helps with the maintenance and conservation of the cliffs.

As crazy as it sounds there might even be snow 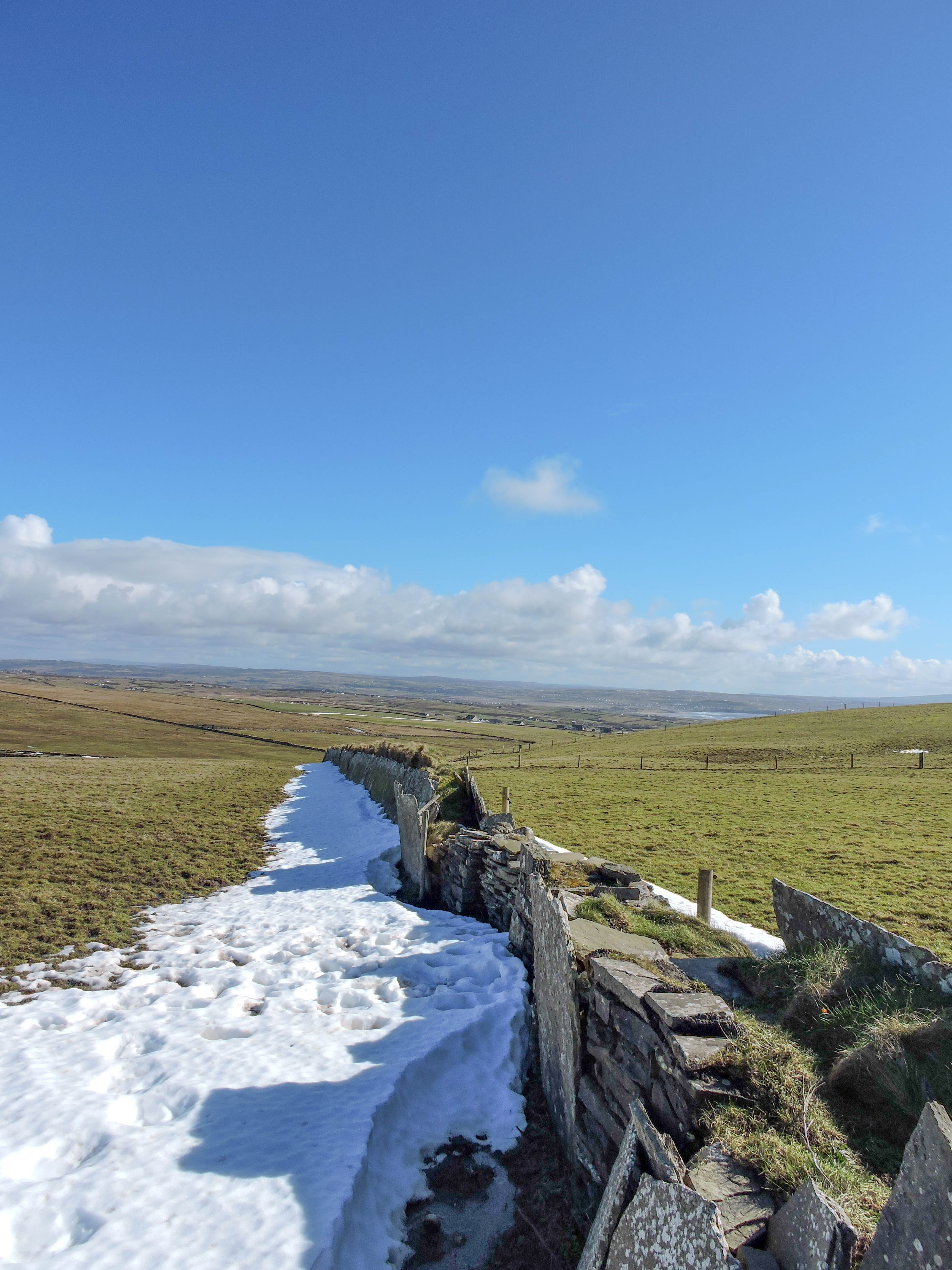 That is not Photoshop. It is real snow.

If you would have told me a few months ago I was going to see the Cliffs of Moher with snow I would have never believed you. Nonetheless, we were there less than a week after Winter Storm Emma in March, which covered Ireland in the white stuff in the same way it did in 1982.

This event caused for areas of the Cliffs to have not only snow but a mix of melted snow and mud. It did make for a fun walk over the cliffs. Additionally, not many people wanted to venture too far from the visitor’s center (because they were scared of ruining their shoes/clothes or falling), which made us have vast sections of the cliffs for ourselves.

Have you seen those pictures of the Cliffs of Moher with fog, or with grey skies over it? I have seen them too. However, that is not what we saw when we went. After days of rain, this was a perfectly sunny day.

It was cold when we got there, but later in the day, it got warmer. There was no excuse to stop walking when Ireland was showing us the Sun after almost a week. It was so sunny I had to edit some of the pictures because the glare was so intense. 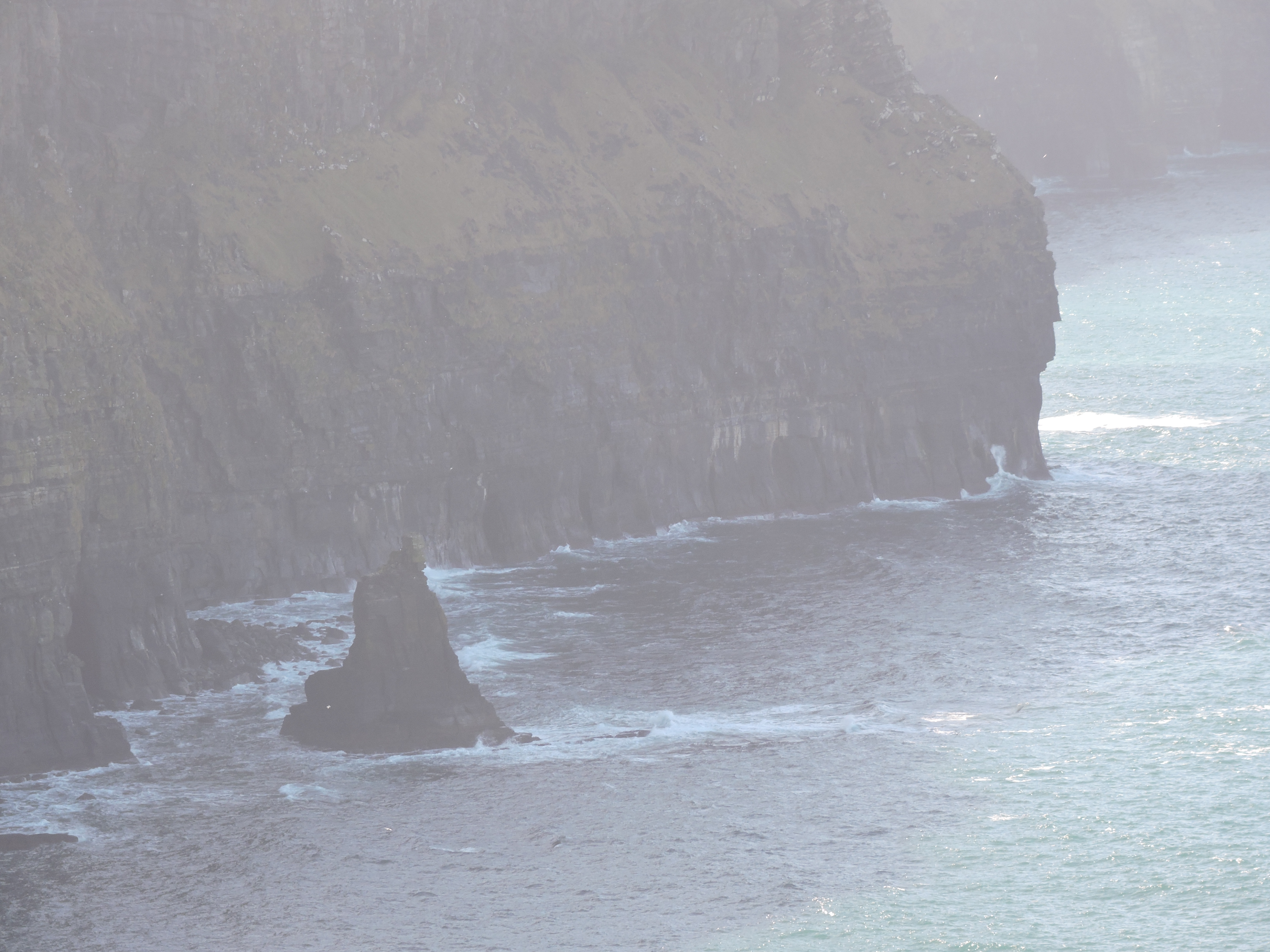 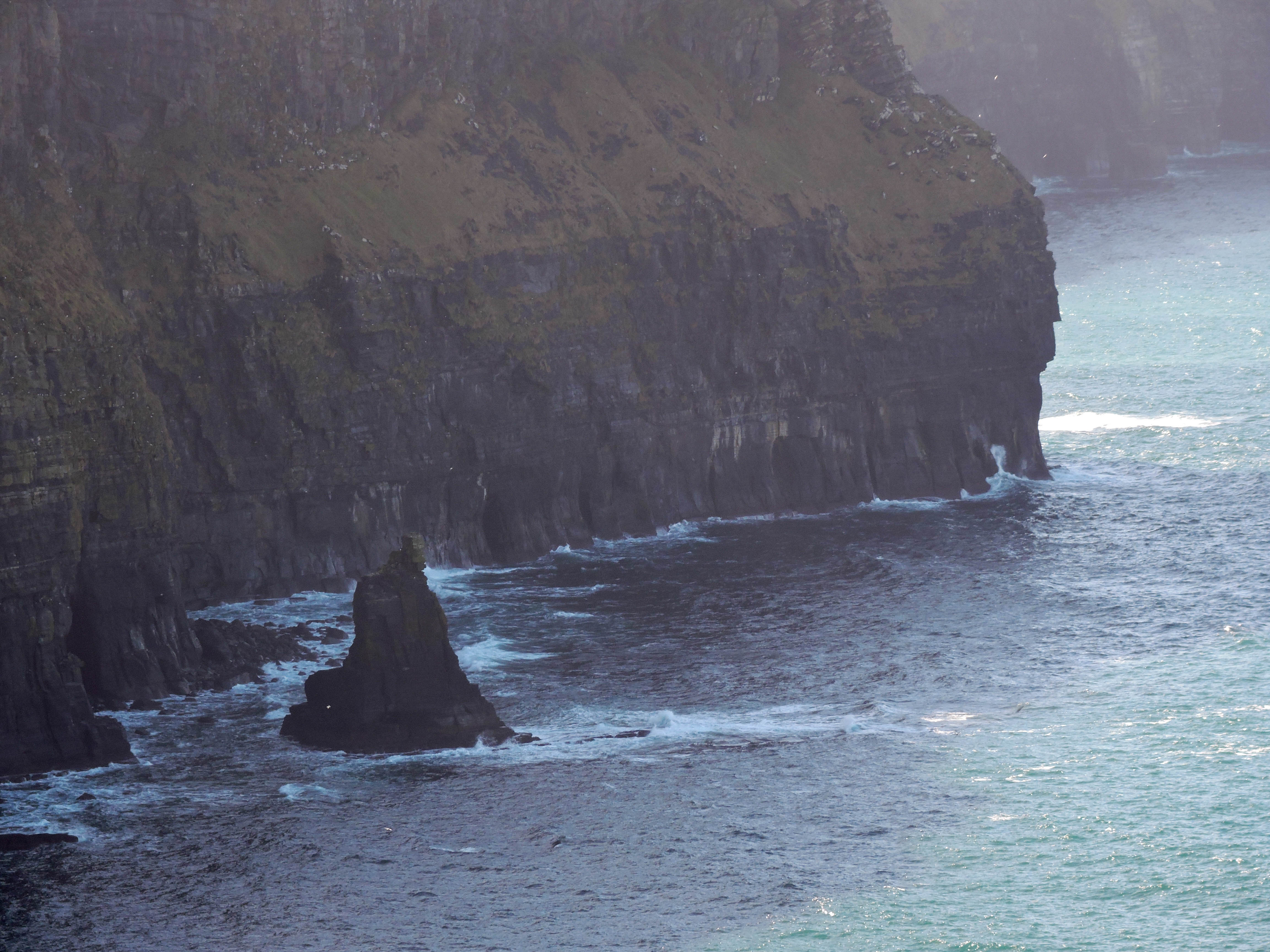 Picture after being edited to remove the Sun glare

There are birds everywhere 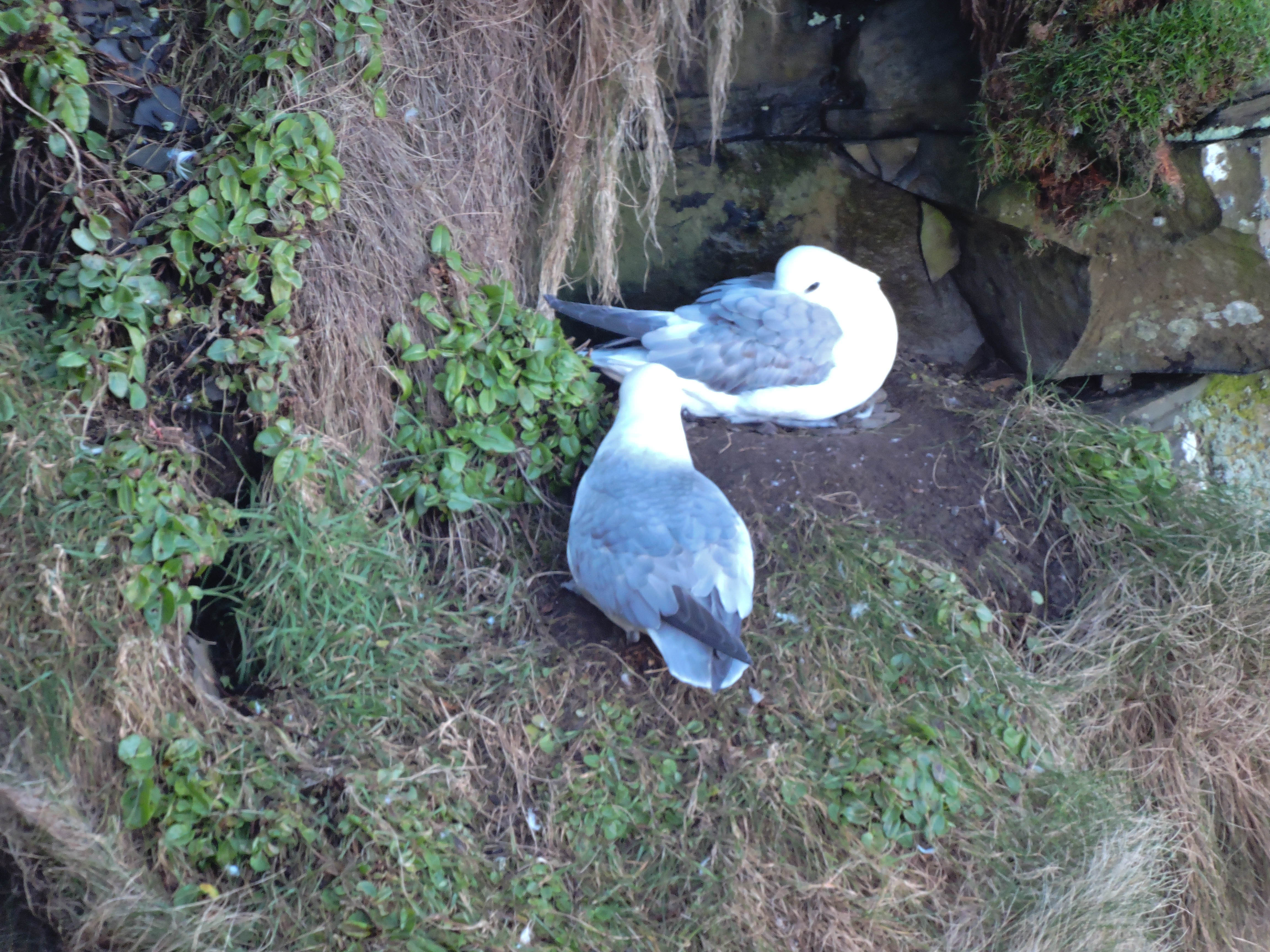 And no, I do not mean Puffins. I didn’t see one. There was a significant colony of European herring gulls, and I felt like a paparazzi taking their pictures. 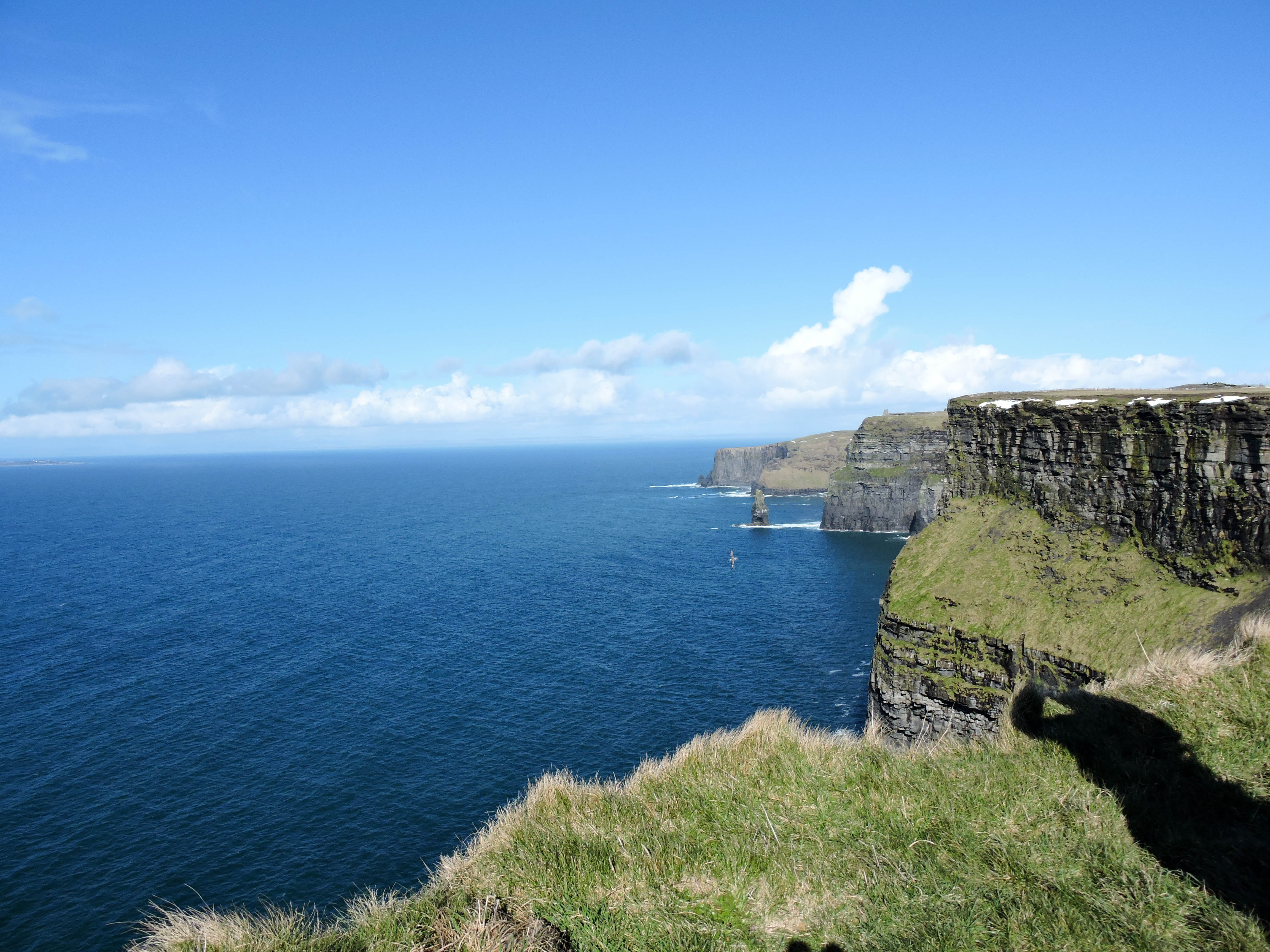 I don’t think I have seen so much blue since I left Puerto Rico. In a sunny day, the contrast of the blue sky with the Atlantic waters and the cliffs are a photographer’s dream. You thought Ireland = Green, not here.

If you have all your day planned, with a visit to the Cliffs of Moher as only a short part of the day you might want to rethink it. You can easily spend from four to six hours here. You’ll also want to take pictures and appreciate the views. Remember always to be grateful for the opportunity to visit a place. Not everyone gets your same opportunities.

The truth is, there is not a lot in the world that can compare with 14km of cliffs at the edge of the Atlantic ocean. I know that after seeing the pictures, you were probably asking how I could tell people not to visit the Cliffs of Moher. But, as you would have probably figured out by now, if there’s a place you need to visit during your trip to Ireland is the Cliffs of Moher.

Yes, they are ‘touristy’, but it is for a reason. Aside from the pints of Guinness, I can say this was my favorite part of our Ireland trip and I’ll bet it will probably be yours too. 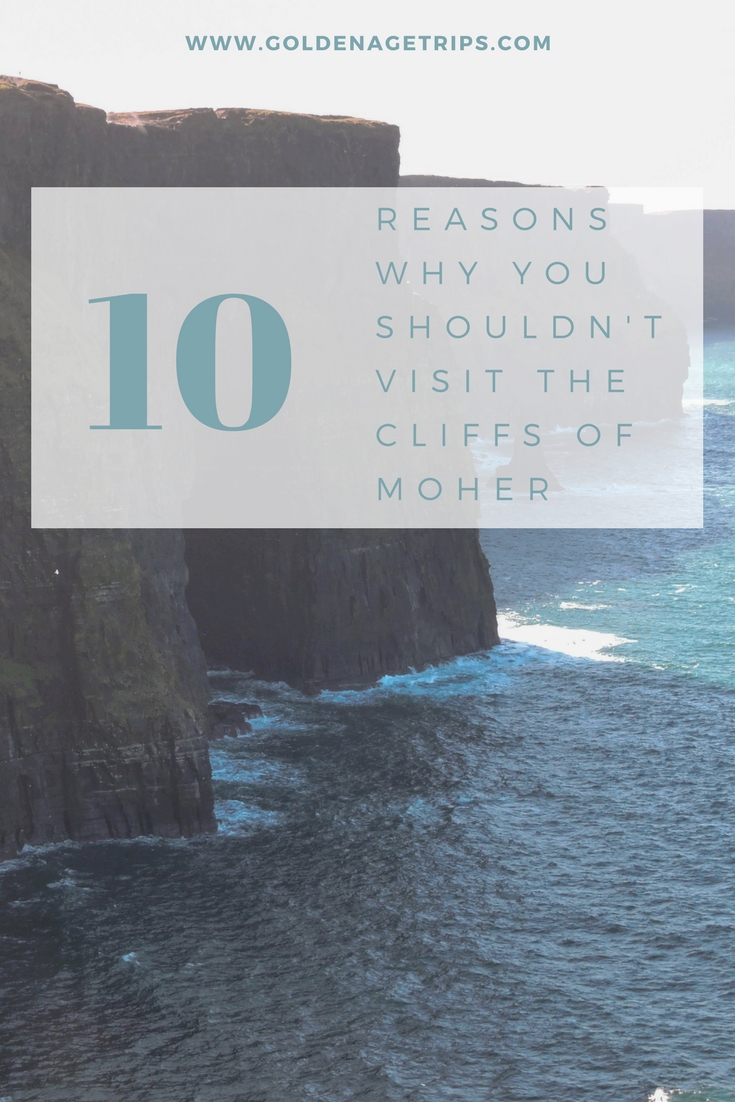