HomeBlogDestinations10 Things That Really Surprised Me About New...

10 Things That Really Surprised Me About New York City

If you know me, you’ll know New York City was never on the list of places I wanted to visit. The truth is, I’m ready to go back. “How can that be?”  Well, it wasn’t this horrible place I had created in my mind. Keep reading to find out which things really surprised me about New York City, and why you should give it a chance. 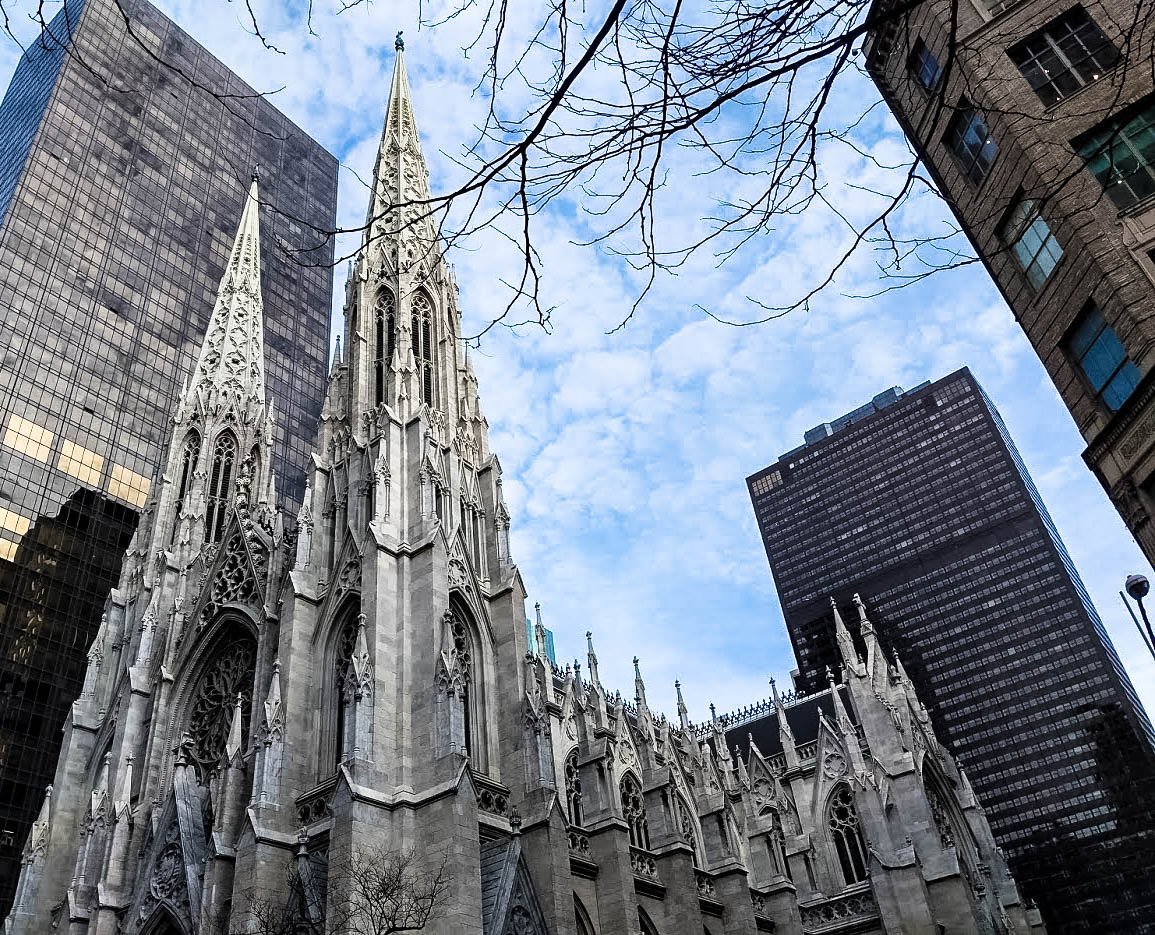 If there’s something you should know about me is that I don’t like crowds. Out of necessity, I can tolerate big groups of people for a while, but eventually, I start getting anxious, and there’s a high possibility I’ll leave an overcrowded place.

I also don’t like grime, inconveniencing people, or having my face slashed. And after reading more than a thousand NYC horror stories and blogs saying if I don’t walk fast enough people were going to hate me,  I wasn’t very inspired to go.

However, I couldn’t resist going to the New York Times Travel Show, and there I was. The truth is, now I’m ready to go back in part to the following things:

I remember starting a new job and wondering why some people wouldn’t say “Good morning” back to you while others did. One explanation I heard was that “in the north, we are just not used to it.” I believed it and assumed that everyone that didn’t say “Good Morning” was from New York or surrounding states.

This explanation (more an excuse) is entirely false. You can imagine my surprise when everyone that I came in contact with would not only say “Good Morning” back but were the ones that initiated it. I understand if this doesn’t seem like a big deal to you, but I have believed this for a long time, and I’m happy to report it was a lie. 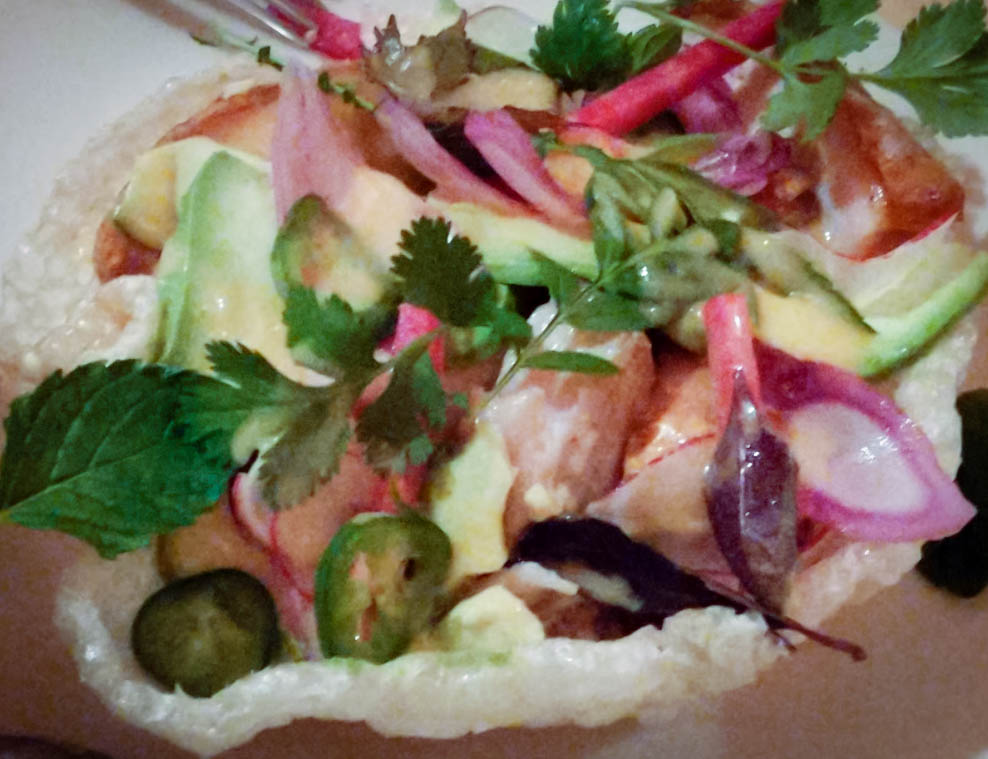 Crisp Pork Belly with Chicharrón and Herbs from Empellón

I know ‘trendy’ does not mean good, but in Sarasota, there appears to be a correlation. Not in NYC. We did not have bad food, but our best meals were in ‘low key’ restaurants and bakeries that locals seem to love and that are further away from large tourist concentrations.

If you’re from Florida, I will let you know a secret…you know the Jai Alai IPA? One can is being sold for almost $10.00 in NYC in the trendiest restaurants, that’s all. I’m still trying to get over it.

Not only honking is entirely normal, but it also appears to be socially acceptable. What do I mean by that? Well, no one got shot because another person honked at them.

This phenomenon is also prevalent at any time of the day. No one cares if people are sleeping. I’m guessing if you live in NYC, your ears are probably adapted and block the noise or something because if I wasn’t as tired as I was at night, I don’t know if I could have slept.

NYC has been the first place we have traveled to that we did not rent a car. Yes, we did walk more than 20 miles in two days, but I don’t regret it one bit. Traffic seems to be terrible at all times, and your survival instincts have to be in top shape.

Now I understand why so many people that live in NYC can have a normal life without a car. I also understand why the Subway is such a popular method of transportation, even if people complain about it frequently.

Rats Are Not Everywhere

I did not want to see rats, but I did expect to see rats (and not on some guy’s shoulders as pets as I did). Not seeing rats was good, and I know that the longer I stay in NYC, the higher the odds are that I encounter them. Nonetheless, it is possible to go for a weekend to NYC and don’t see one. 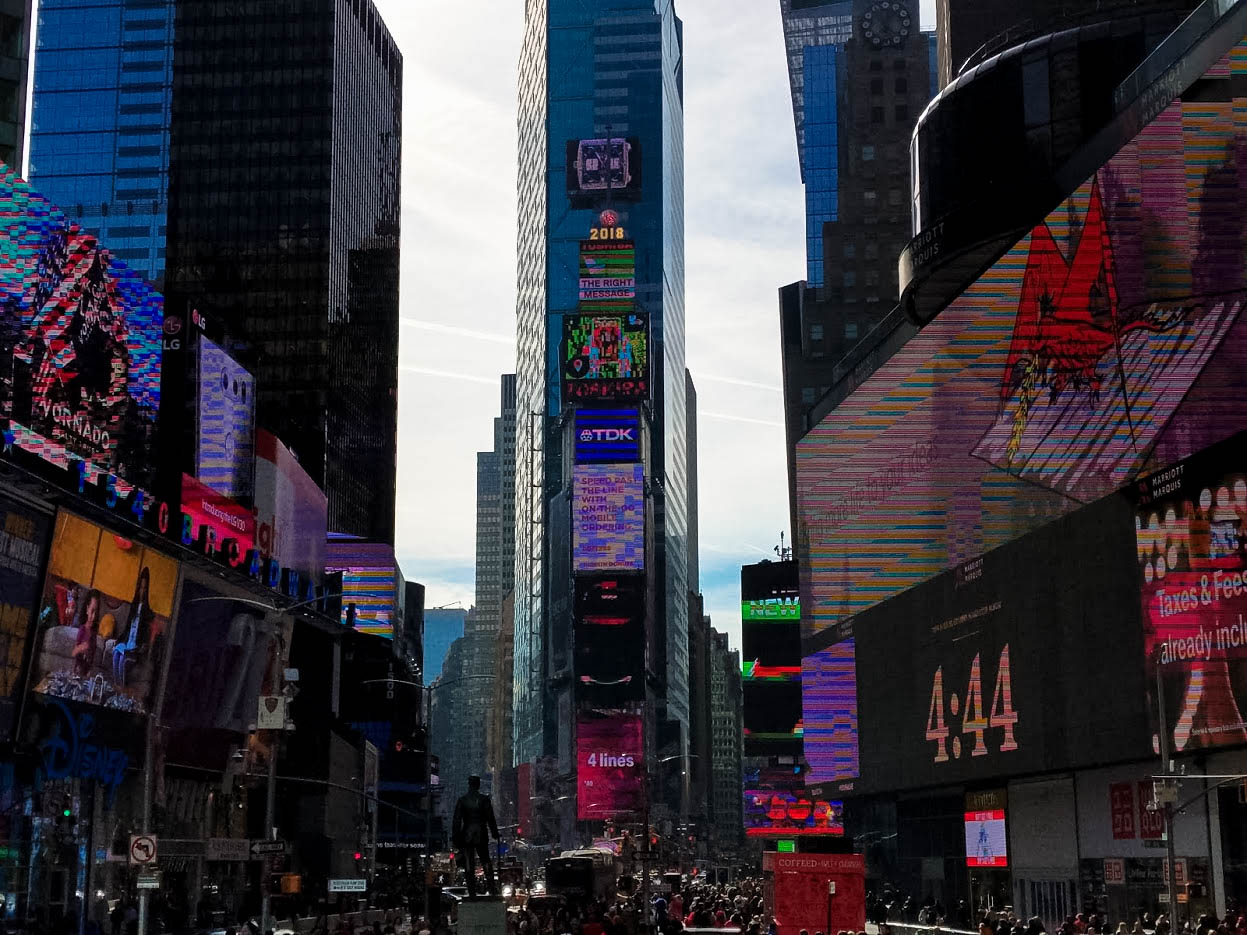 You Don’t Have To Run At All Times

If you read some of the NYC guides out there, you’ll believe you cannot walk at an average pace, or else you die. False, just stay in your lane. No, seriously, that’s all you need to do. You can also take a bus tour if that takes out a bit of anxiety.

Don’t block a sidewalk with your whole family by grabbing each other’s hands (*cough* family outside The Met) and don’t chill on the automatic escalators. Also, look behind you before stopping to take a picture. It’s not that difficult.

It’s Not As Dangerous As You Think

Everywhere you go, anything can happen, and you can end up being a victim of crime. Because in big cities you have a higher concentration of people, those instances tend to be higher and amplified by the news.

It is always smart to be aware of your surroundings and make sure you choose the right place to stay. Click here to read “How to Avoid a Disastrous Stay at a Hotel.” Honestly, there doesn’t seem to be anything different about any other major city regarding safety. 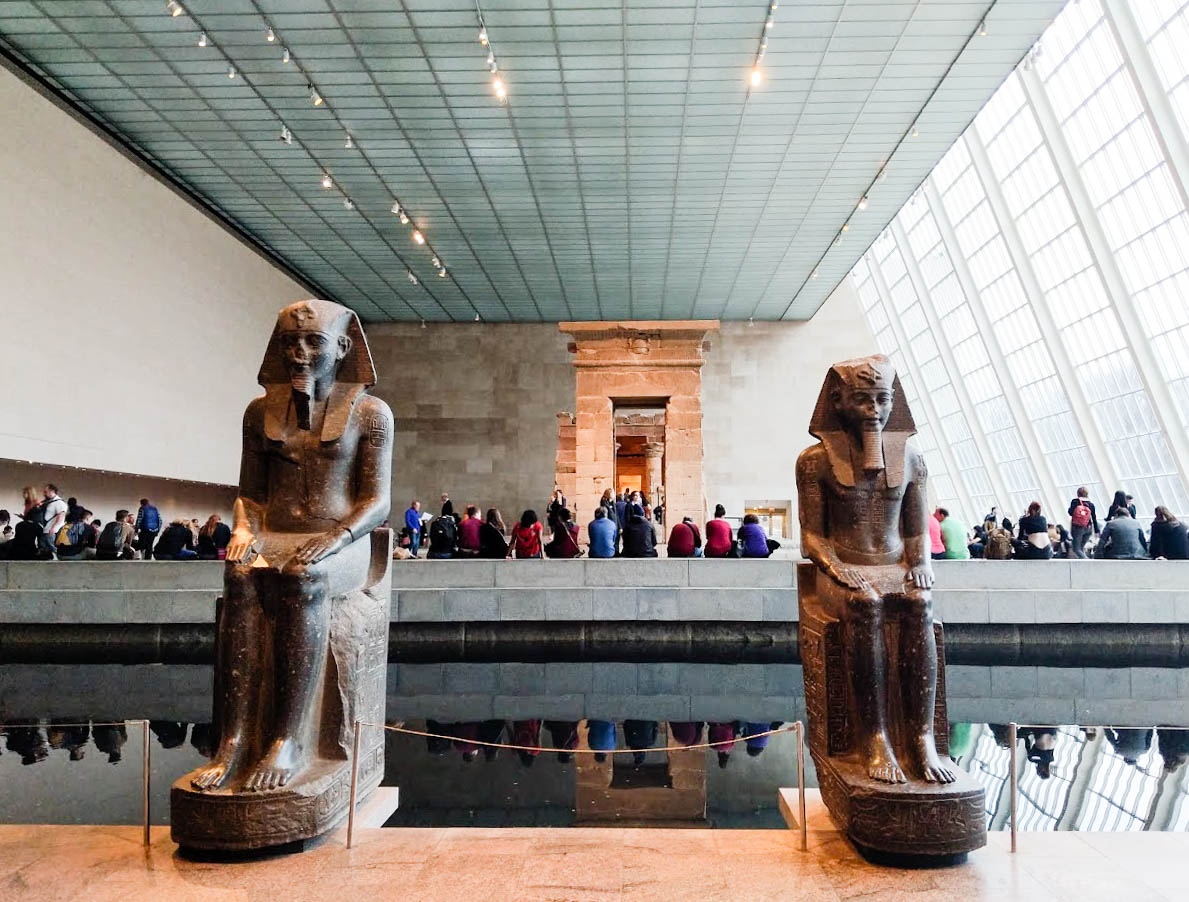 Egyptian Art at The Met

There’s So Much To Do

We visited NYC over a weekend, and half of our time was spent at a conference. Even if that was not the case, a weekend is not enough time to experience the city as it deserves to be experienced.

It would be presumptuous of me to recommend what to do in NYC over a weekend, but walking tours are a good option. Click the following banner for 30% Off of a Central Park Walking Tour from Central Park Sightseeing.

It Is Unbelievable Diverse

Yeah, you have heard it numerous times. However, once you’re there, you experience it. I thought it was great, and no one cares about what language you are speaking or where you’re from.

We heard people talking languages we couldn’t even recognize. Additionally, we were not scared to speak in Spanish between ourselves, our first language, as it happens in other places in the USA.

I Would Go Back

As I mentioned before, the time we spent in NYC was not nearly enough time. We have so many places we want to see, but we would jump at the opportunity of going back to NYC. You can walk, run, eat, sing, dance, do whatever you want. No one cares!

I didn’t understand why so many people would choose a city like NYC as their favorite place in the world (or to live), but now I do. It’s not for everyone, but if you’re looking for a place that embodies the American Dream, there’s probably no other place that compares. 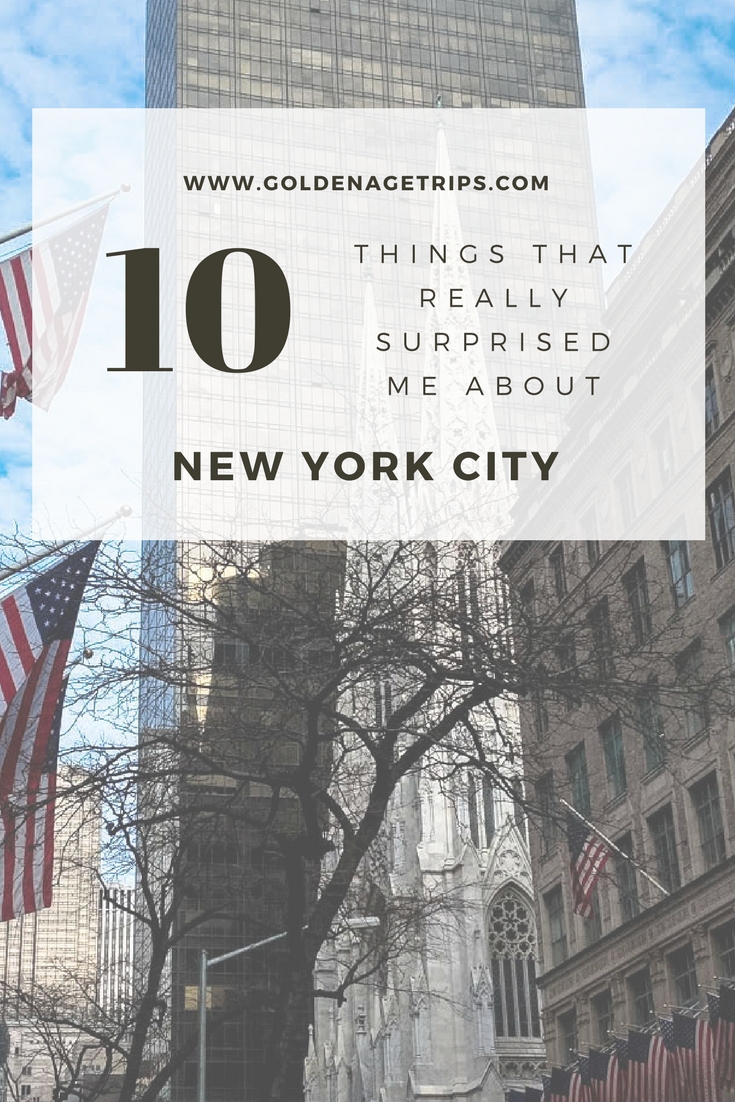