After having visited both Miami and Naples, I enjoyed more the ‘low-key’ luxury of Naples over the flashy display of wealth in Miami. The city of Naples is the antidote to South Beach with its beautiful beach, international food scene, luxurious places to stay that don’t feel over the top, brunch every day of the week, and almost no traffic. 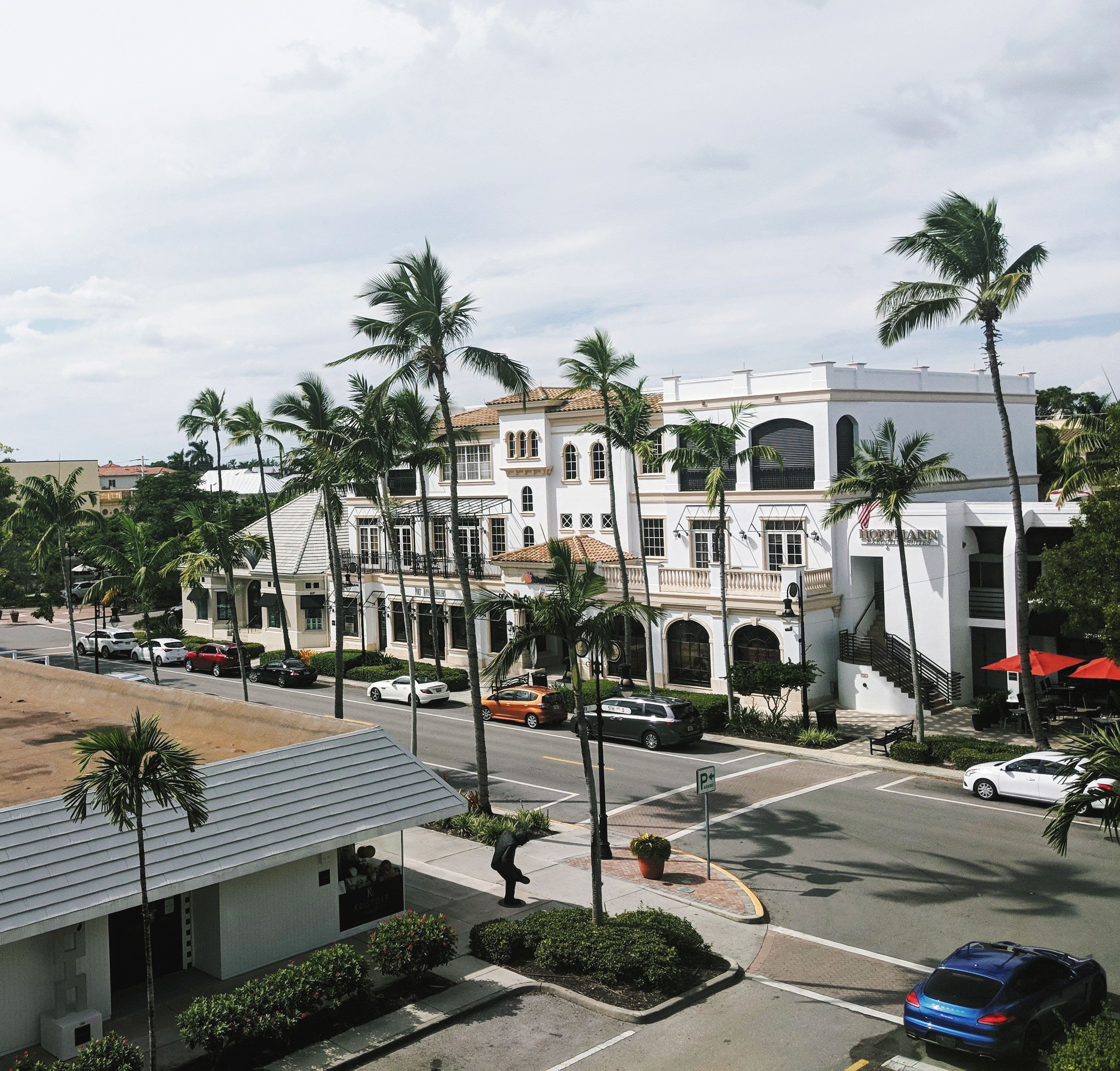 View of Downtown Naples from a room at the Club Level Suites at Inn on Fifth.

“Silenzio. Silenzio,” a woman said trying to tell the ladies seated next to her at a restaurant to be quiet. A waitress had appeared and was trying to give a spiel about the lunch specials of the day. But the Italian chit-chat between these impeccably dressed patrons appeared to be too interesting. So much so, that no waitress or calls for “Silenzio” were going to tone it down. After some time, the server was able to take everyone’s order, and the rambunctious talk started again.

The described scene is not from Rome or Rimini. It’s not from an Italian restaurant in New York. It’s from Naples. But not that Naples. It is from lunchtime, on a Monday, at the Osteria Tulia restaurant in Naples, Florida. 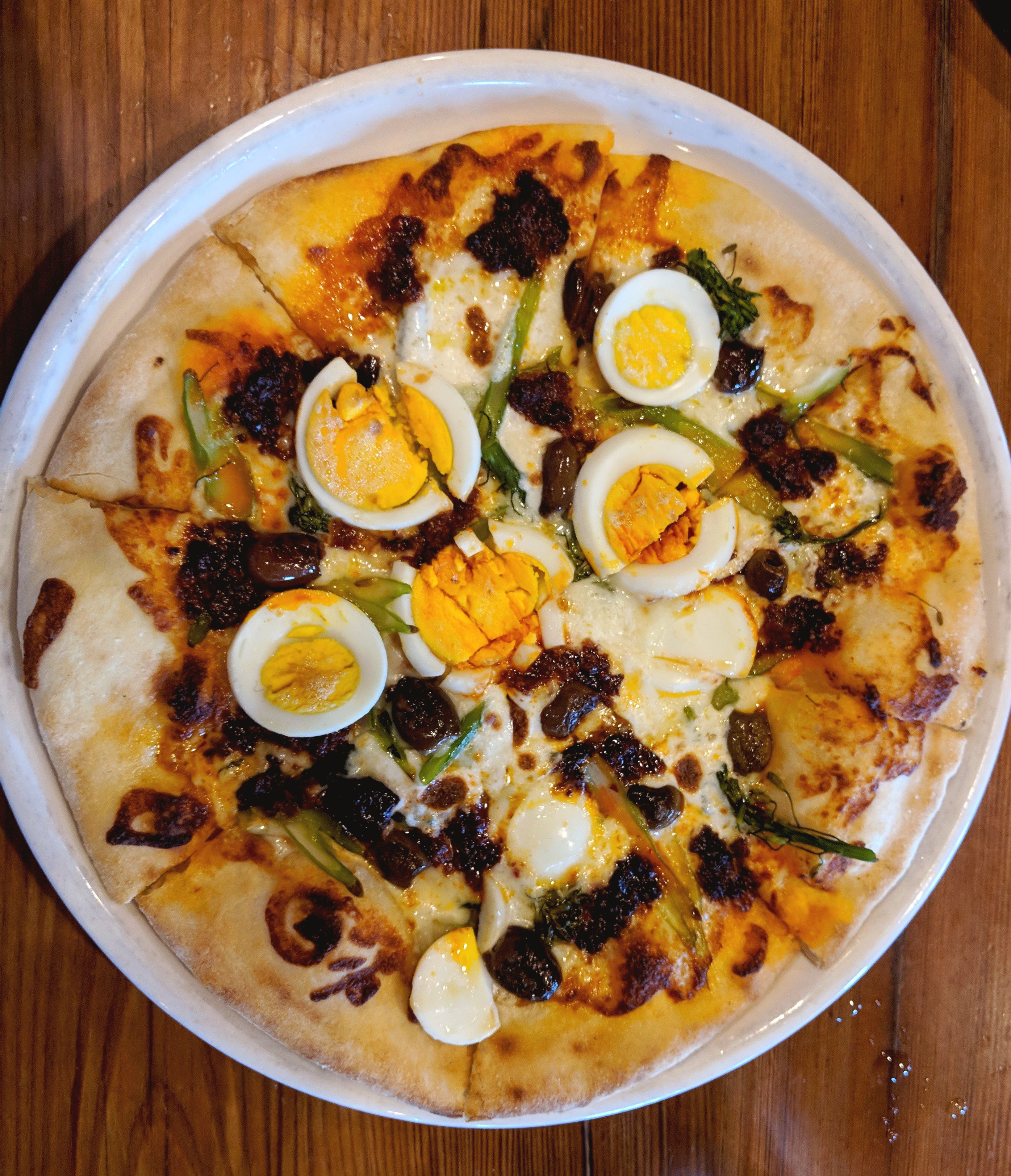 Pizza with eggs, broccolini, olives, and cheese. One of the lunch specials at Osteria Tulia.

In Florida’s Southwest, the city of Naples shines as a Gulf Coast gem. Not like a flashy diamond as Miami does, but more like an opal. It will stun you but will not blind you. If you have visited South Beach, you know what I’m talking about. Fifty-dollar margaritas and restaurants trying to get you inside for a subpar meal. A $1000.00 minimum bottle service fee for someone to pour you a $25.00 bottle of gin. People looking like a million bucks under the Miami scorching Sun. Everything that makes South Beach, well South Beach.

The experience is utterly different from Naples, including the way how wealth is displayed. Wealth in Naples appears to be not only displayed but measured in non-monetary costs. It’s time you can spend at the beach, playing a round of golf, or sharing a good meal with your family and friends. This is not to say that there aren’t mansions or luxury cars in the city, but that time is one of its most flaunted goods. You see it in the people eating outside and those enjoying the beach any day of the week as if there was not any other care in the world.

Yet, even during most holiday weekends, Naples doesn’t feel crowded. In many restaurants, you can get a table without having to make a reservation weeks prior. Take for example Bha! Bha! Persian Bistro, one of the highest rated restaurants in Naples. Here I made a reservation forty-eight hours before arriving and enjoyed an exceptional meal. Imagine trying to pull that off in a bigger city!

Another place you don’t need a reservation for is to see the Gulf of Mexico. The perfect place to do so is the historic Naples Pier, originally built in 1888. If you’re lucky, from here, you can see dolphins, hopefully no red tide, and various types of people. There are the fisherman, the family with kids, the tanned Speedo-wearing Florida man, and the tourist in long denim and dressy shirt who wanted to take a look at the beach and feels out of place – yes, I’m talking about me.

However, none of these differences matter when its sunset time. I’m privileged to have seen some beautiful sunsets in my life, but those in the Florida Gulf Coast keep being my favorites. Different color schemes every day, never disappointing and keeping everyone in awe every time. 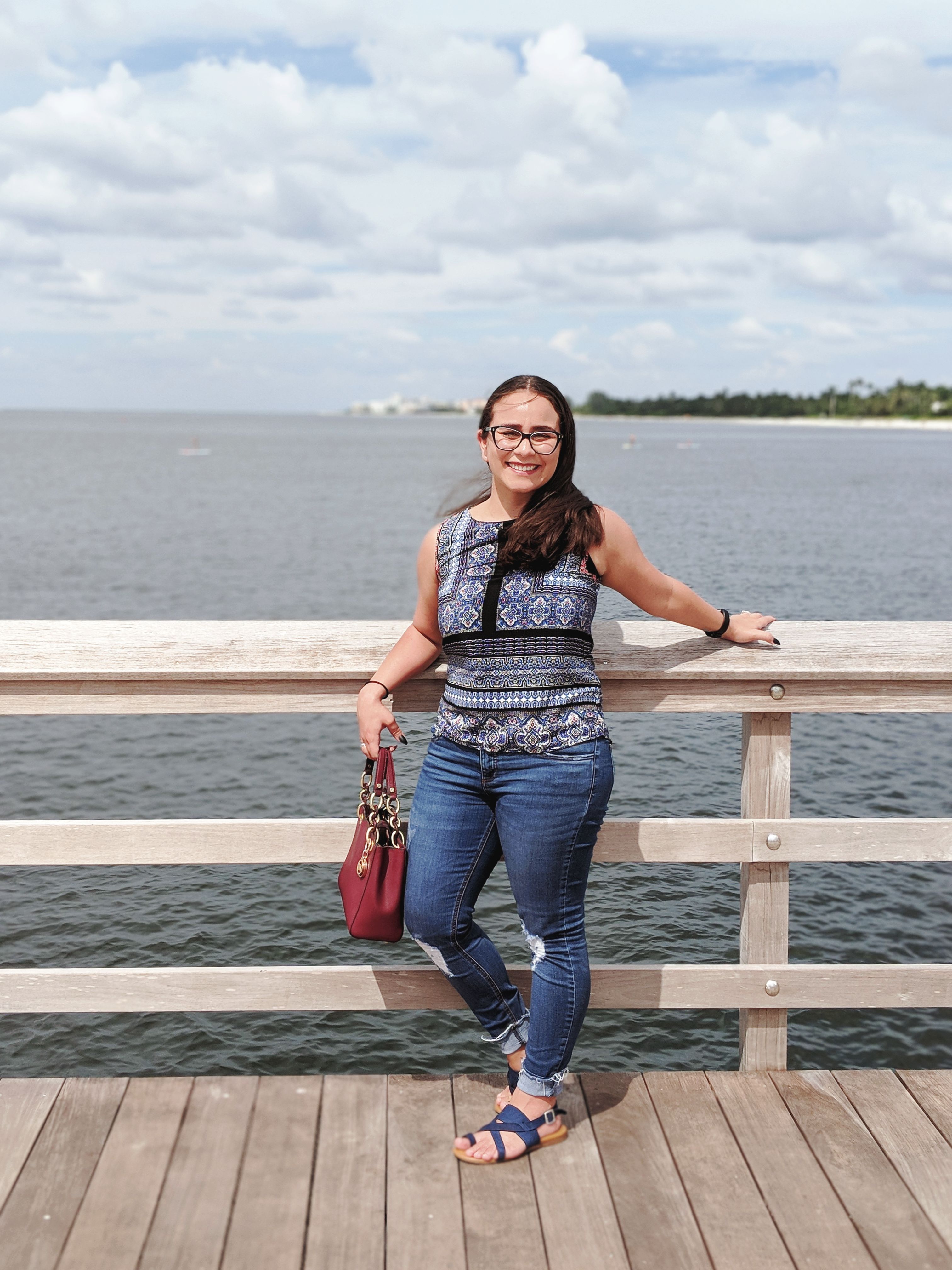 My face after seeing a dolphin from the Naples Pier. Complete outfit (except the purse) from Stitch Fix.

Naples, as it happens with any place, is not for everyone. Yes, it has the vibe of a posh city, but unlike others of its type, you get what you pay for, including an old-time luxury you cannot find everywhere. Still, places like 7th Avenue Social, with its industrial décor, seasonal cuisine, and pop culture murals have started betting on an underserved audience. There is also an unexpected mix of cultures and diversity that makes this city appealing to those looking for a getaway close to home.

If wondering where to stay, I can recommend the Inn on Fifth boutique hotel on Downtown, which has a surprising number of amenities. It gave me walking access to everything Naples Fifth Avenue has to offer, and you’re only ten minutes away from the beach. For a closer stay to the Naples Pier and beach, a vacation rental site is your best option.

Naples, FL is a place where life is lived to the most, while it still feels low key. If you’re still not convinced, many restaurants have unlimited mimosas every day of the week in a judgment-free environment. Cin Cin! 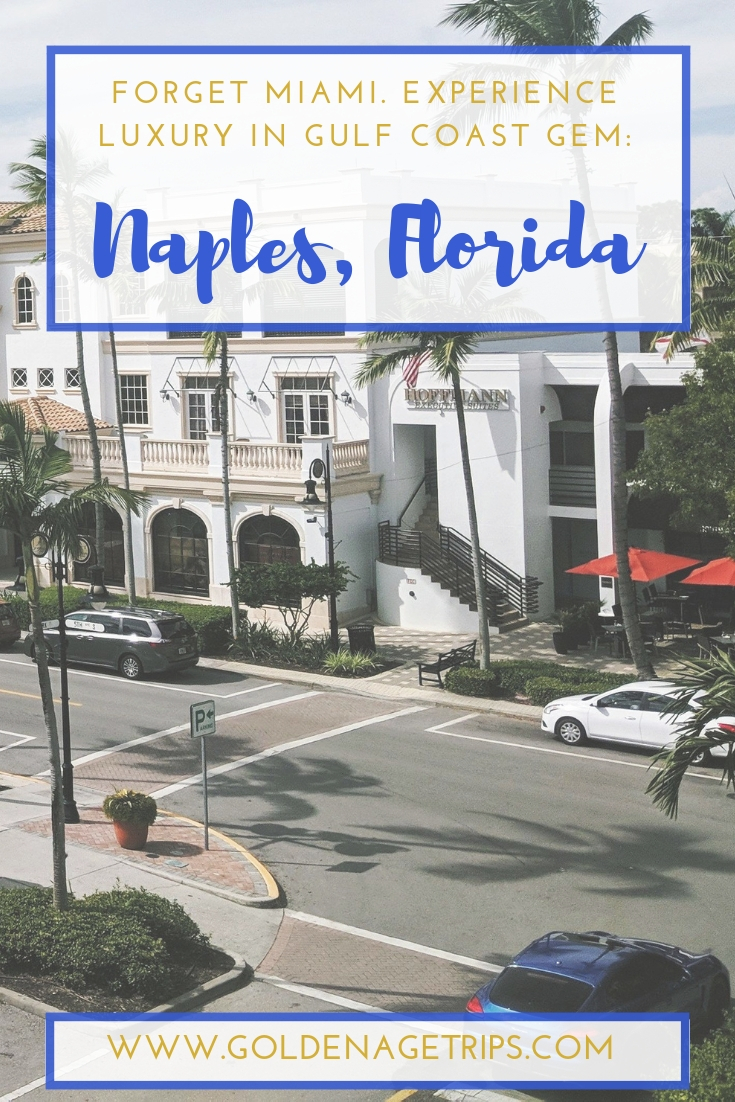