One Afternoon in Basel

In the last century, the city of Basel in Switzerland became a hub for the pharmaceutical industry. As an example, Novartis, a healthcare company that has a revenue of more than $50 billion dollars per year is headquartered in Basel. There is also a Pharmacy Museum in a house where Erasmus and Paracelsus once lived in the Old Town. Basel, like many other European cities it’s a place where the new and the old collide in every corner. This a recap of what we did and saw one afternoon in Basel. 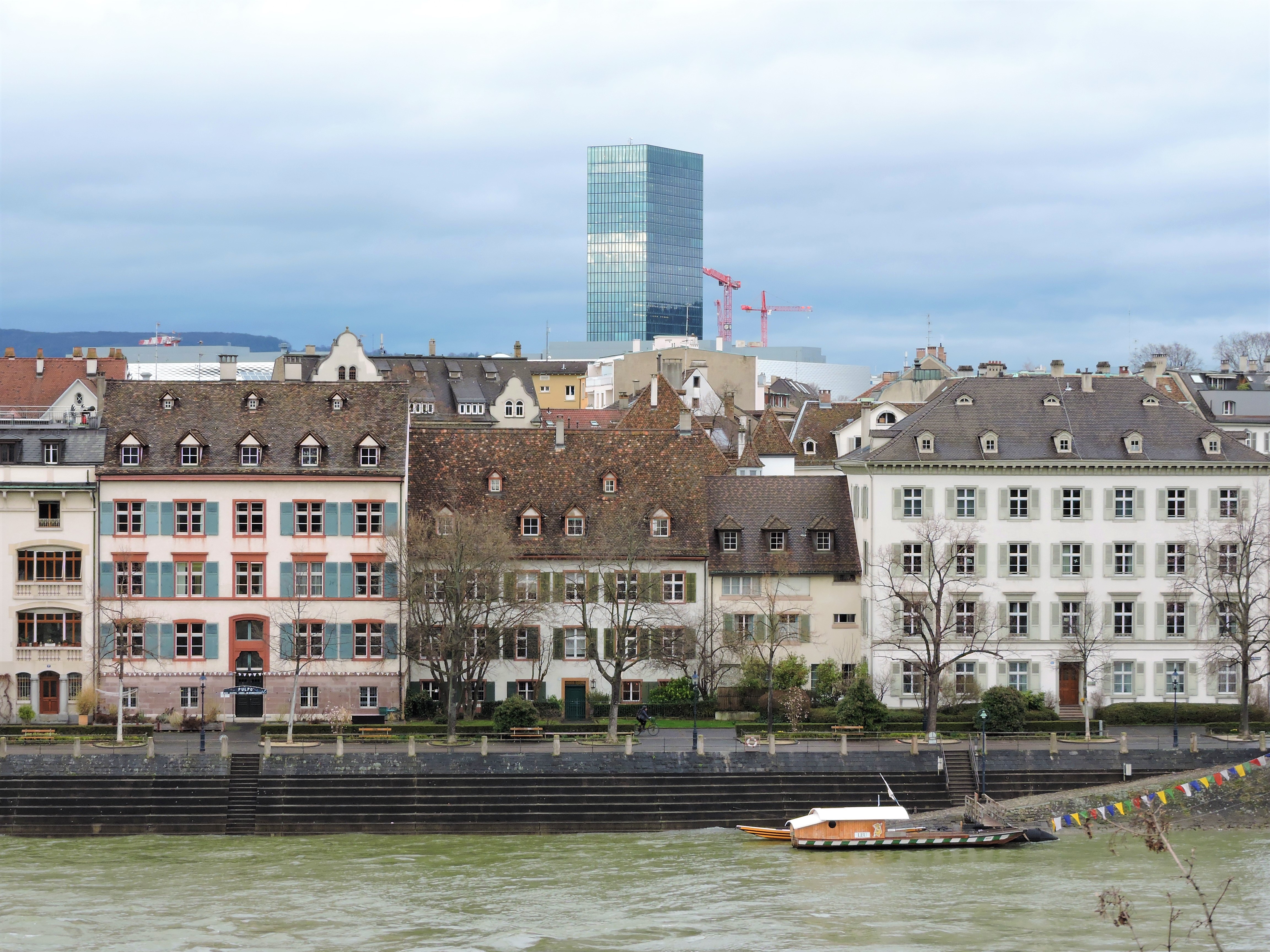 The Old and the New Basel
Before you keep reading: GoldenAgeTrips.com is making use of affiliate links, which in some cases will end up in commissions for purchases originated from this website. However, all referred companies/products/accommodations have been tried out or researched by us.
We decided to visit Basel at the end of our trip because of three things: its proximity to the Zurich Airport (less than one hour), how close it is from France and Germany (extremely close), and to get a glimpse of the ‘Le Rhine’ River. 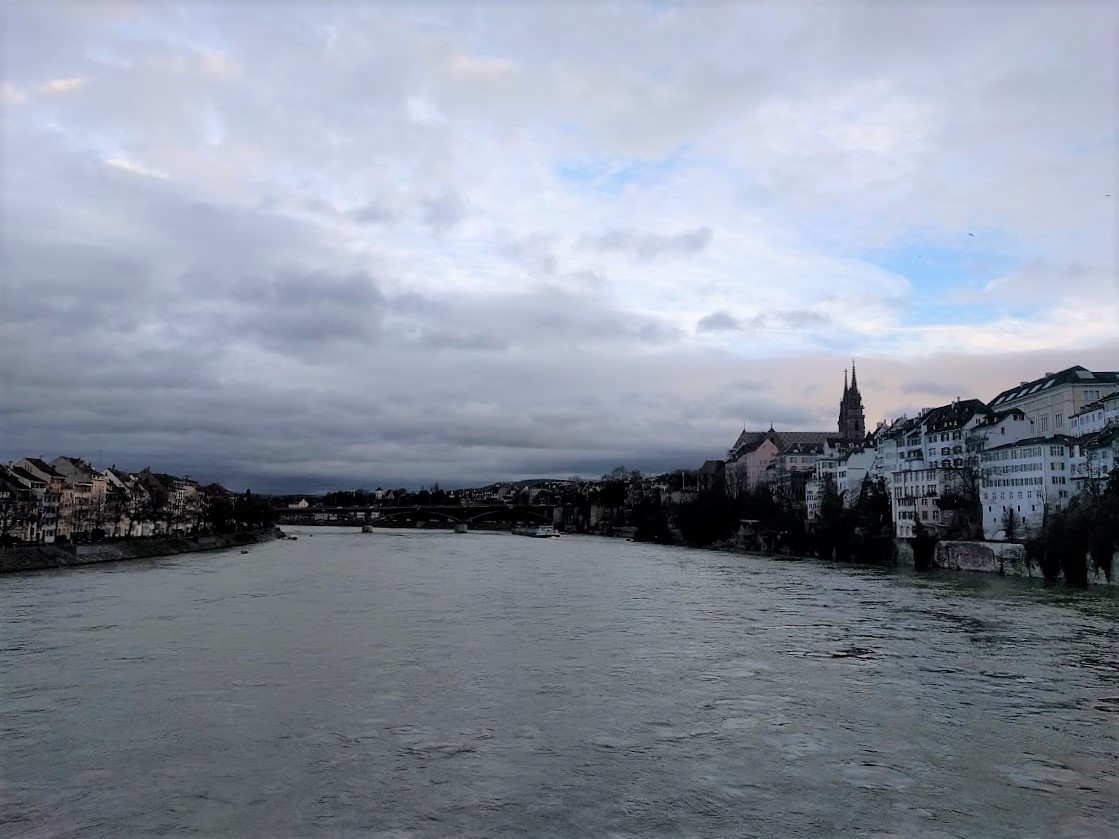 The Rhine River in Basel

We drove from Nuremberg (Germany) to Basel (Switzerland), through the Autobahn and it was terrible. There was construction everywhere, and the rain was not helping at all. At least we did not have to stop at the border crossing, probably because the rental car had the Autobahn Vignette.
We arrived after almost six hours on the road, and then the mission to find the closest parking to the hotel started. In all honesty, that probably took about another hour (foolish Americans!). At that moment, the only thing I wanted was to check in at the hotel and see at least half of what I already had planned to see.

Our stay for the night was in Motel One Basel-Book It Here!, which ended up being a great budget hotel. The front desk staff was very helpful, and they even gave us a two day pass for the local transportation system. We ended not using them because the location of the hotel was excellent and we could walk to almost everywhere. 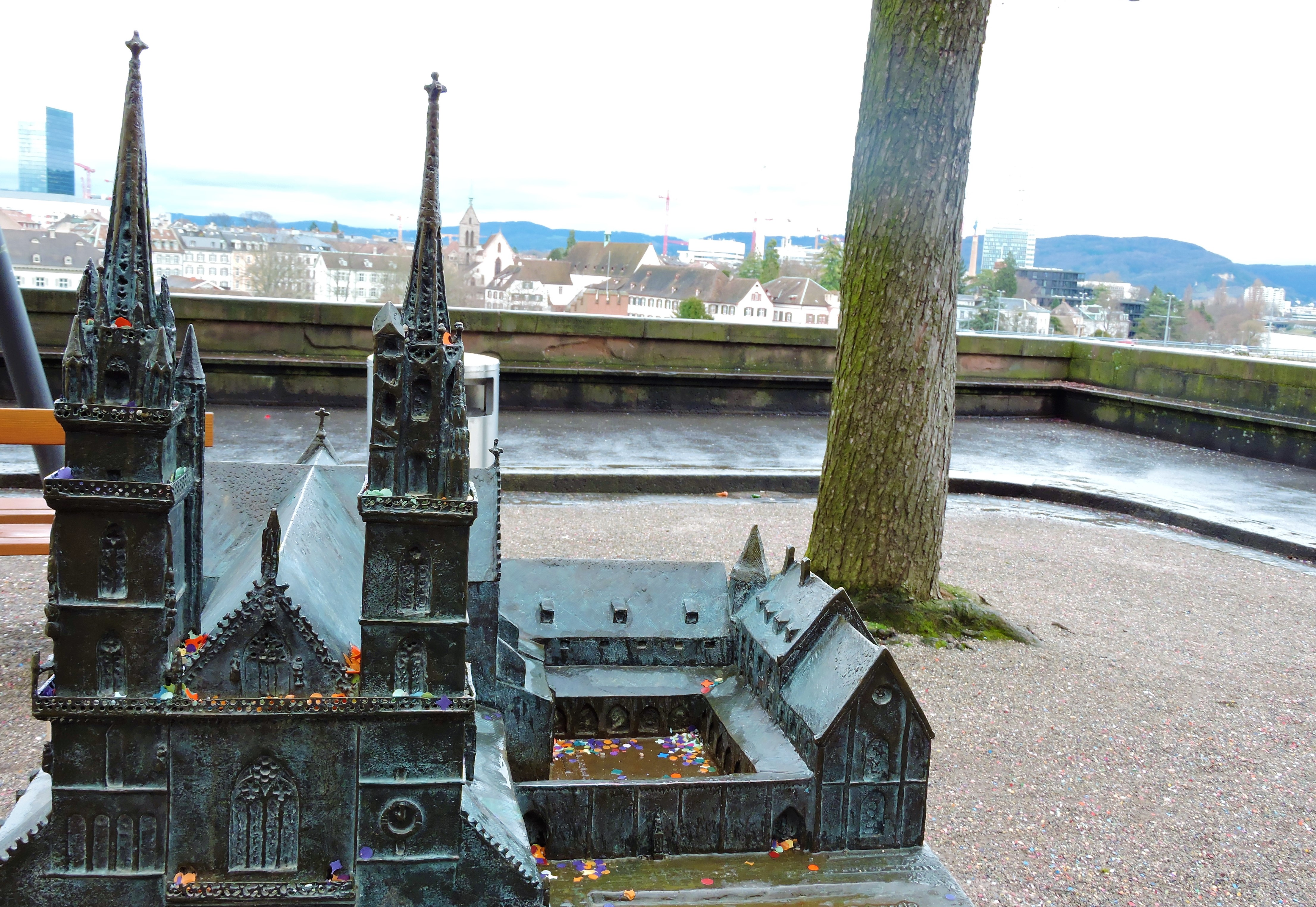 Terrace behind the Basel Münster Church – Yes, that is confetti.
I knew where I wanted to go, and I had to be there before twilight. Lucky for me, the Basel Minster, better known as the Münster, was only 3 minutes away. Probably because of the rain, we avoided most of the tourists. The sky had just started to clear up, and we had the church almost to ourselves. 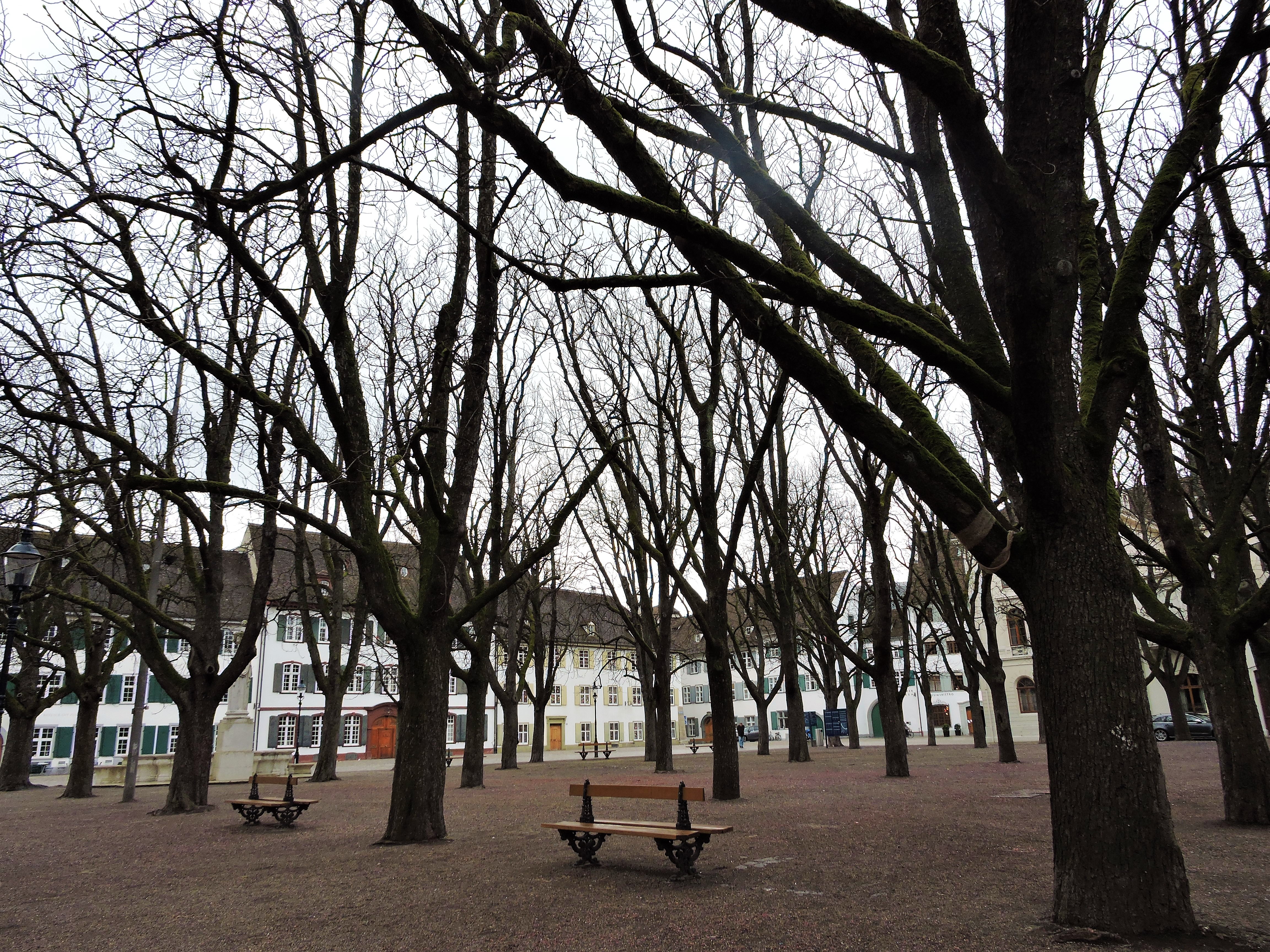 Plaza near the Münster Church
The terrace in the back of the church it’s also a must-see. You can see the Rhine and the contrast between the Old and the New Basel from there. 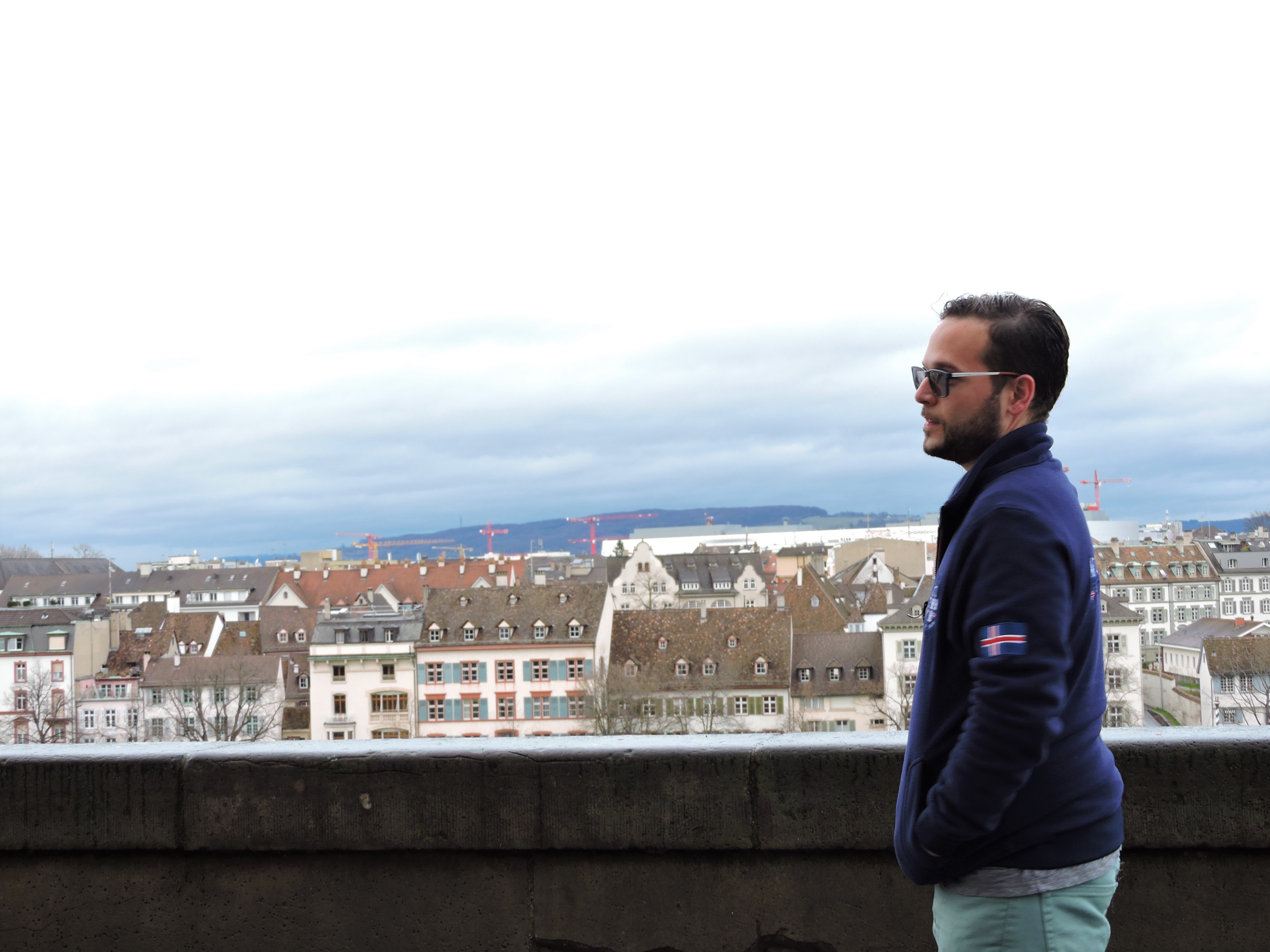 Part of the View from the Terrace behind the Münster Church
After starting to see the Basel we have been dreaming of, we started to get hungry. But, before eating we needed to walk along the river. I kept seeing people jogging, and what appeared to be people leaving from work, and I couldn’t stop thinking how lucky they were for being able to live in a place with so much history and incredible views. I wondered if they knew. 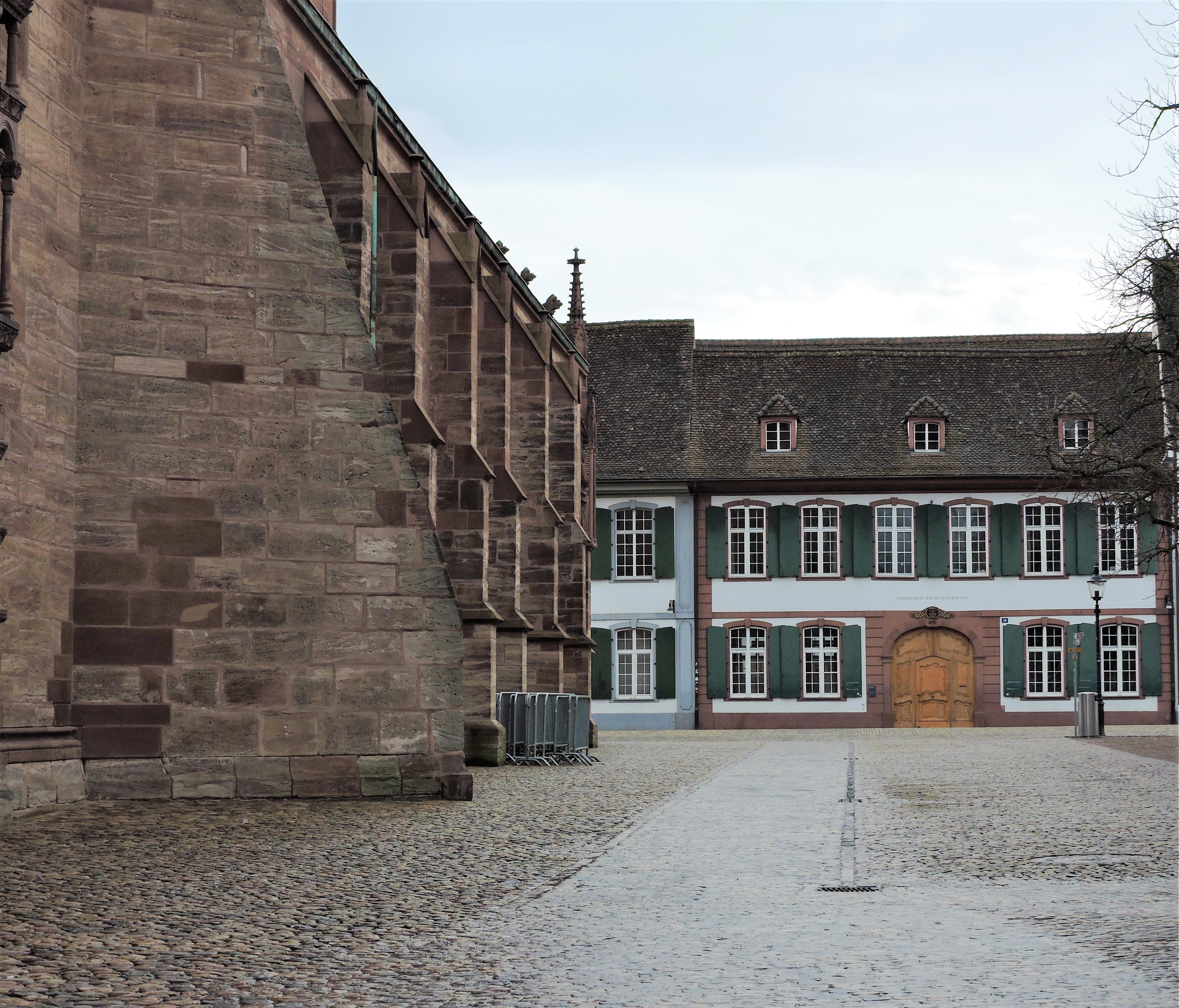 Basel Old Town
It was getting late, and we finally had dinner. The place was full of locals, and we ended up having a nice meal. Except for the dessert, it has been more than five days, and I’m still not over the disappointment (looking at this post one year later I’m ok now). At that time, we were ready to go back to the Hotel, and start preparing for next’s day ten-hour flight.
The visit to Basel did not go exactly as planned, but walking along and across the Rhine surrounded by such beautiful architecture was indescribable and worth the six-hour drive. 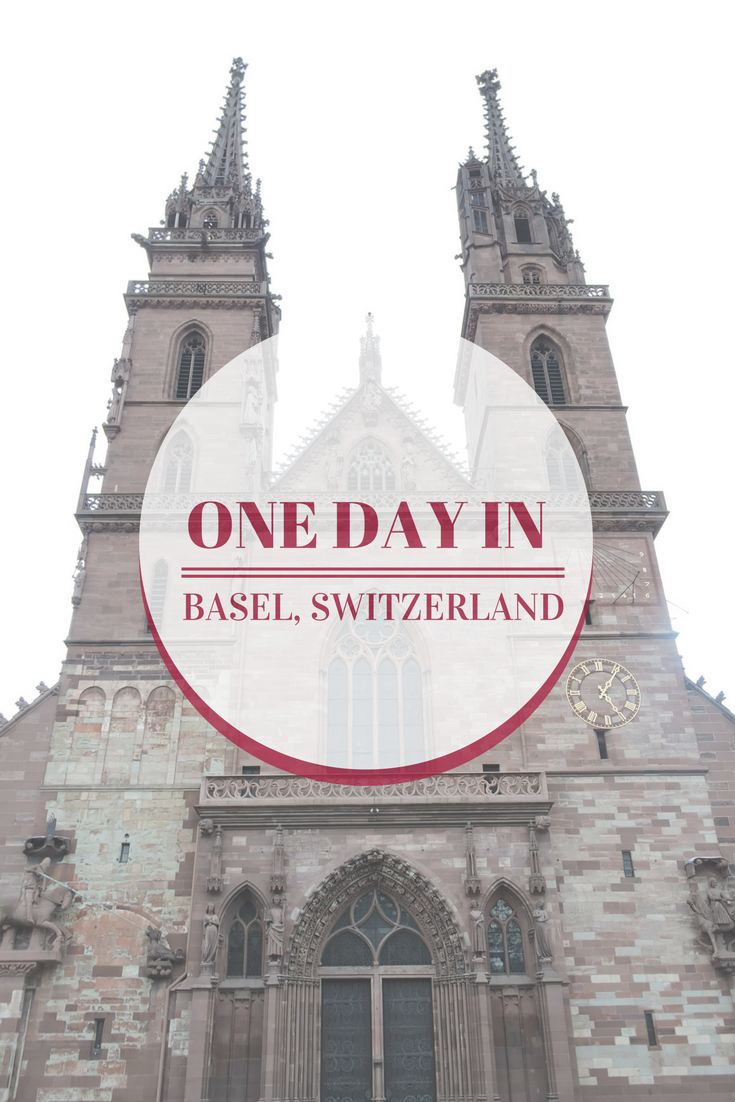