HomeBlogDestinationsA Guided Tour of the Prada Jungle Site in St...

One of the biggest draws to the Prada Jungle Site is the number of peacocks you can find on its grounds. However, as the tour progresses, you might be more fascinated by the site’s history than by its gorgeous birds and beautiful seaside garden. 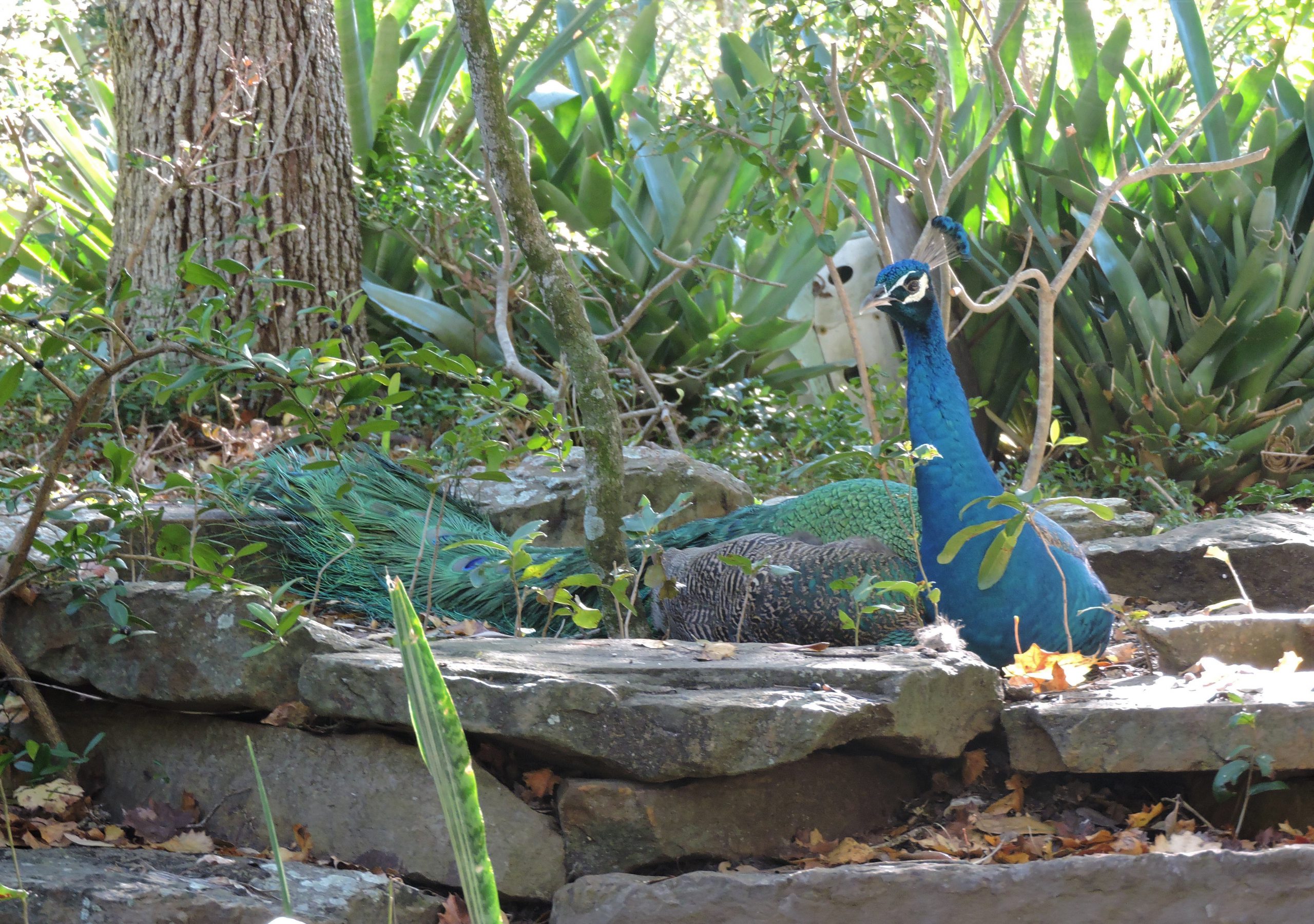 Peacock at the Jungle Prada Site.

As it frequently happens, I was wondering where to go during the weekend. A place that wasn’t too far from Lakewood Ranch/Sarasota, too expensive, and that wouldn’t consume all day. Groupon and its ‘Things to Do’ came to the rescue, and I ventured to go to a place I have never heard before, the Prada Jungle Site in St. Petersburg, Florida.

If you’re familiar with the city of St. Petersburg, you may have heard about the Jungle Prada de Narváez Park. The Prada Jungle Site is nearby the park, but unlike the park, the site is not public and can only be accessed through a private guided tour. The site also has a small museum and shop, a well-preserved American Indian mound, and the guide’s knowledge that only years of research can provide.

Booking the tour was as easy as buying the Groupon and then making a call to the phone number on the voucher to reserve a spot. But, on the Jungle Prada Site Tour website, there’s a SignUp link where you can also book your space online. 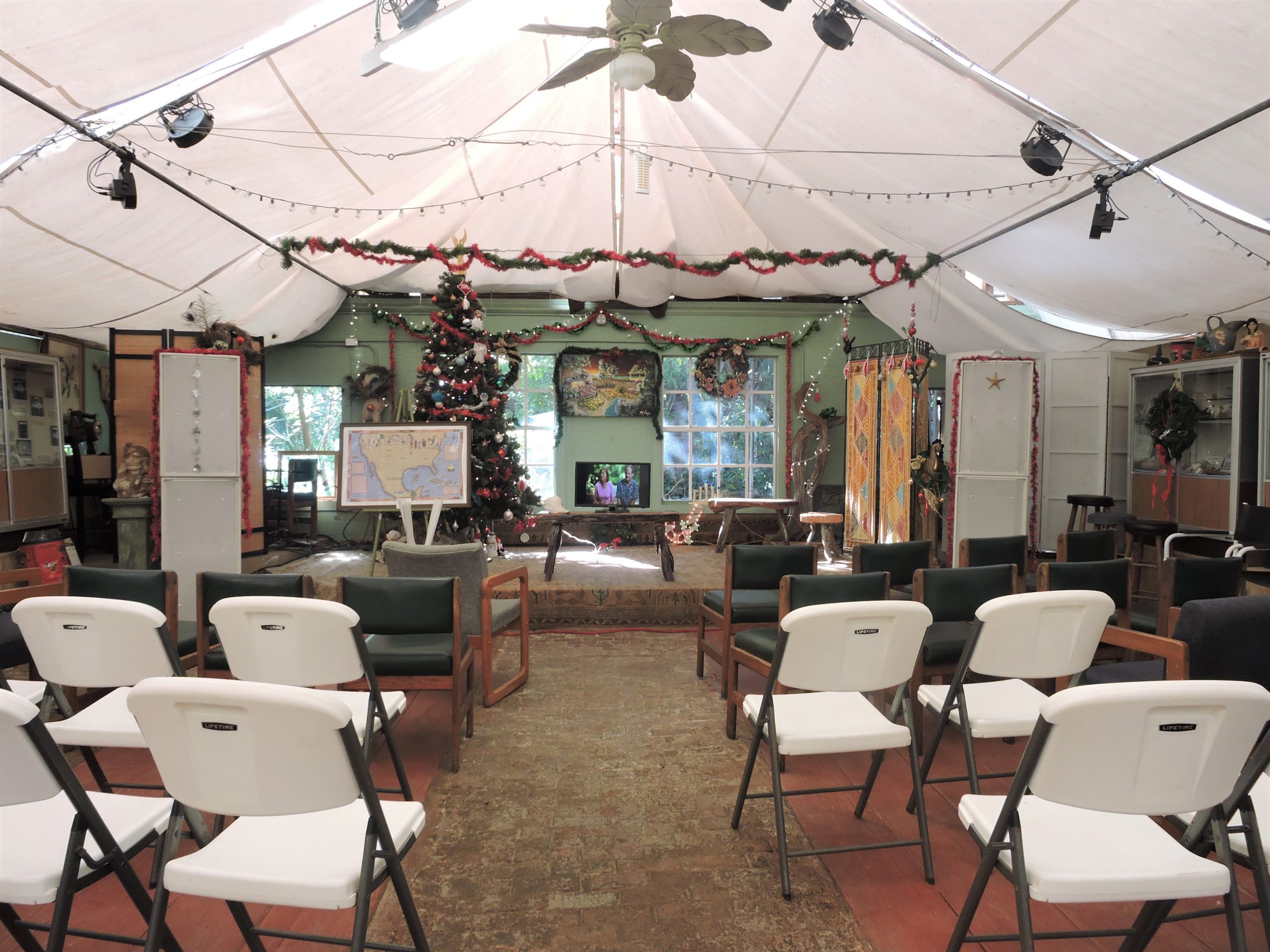 On the day of the tour, we arrived a bit early. Nonetheless, we were granted access to the site about half an hour before our scheduled visit. The extra time allowed us for a sneak peek of the grounds and a few photos on its picturesque locations.

After thirty minutes, we gathered on the site’s greenhouse for a short video, and an introduction by our guide, David. Here David talked about what to expect during the tour, and about those that had called this 3-acre waterfront their home before his family did.

Some of its known ex-residents include the Tocobaga Indians and members of an expedition led by Spanish conquistador Pánfilo de Narváez in 1528. The archaeological evidence on the site consists of what has been called the “best-preserved American Indian mound in the Tampa Bay area” left by the Tocobaga Indians. 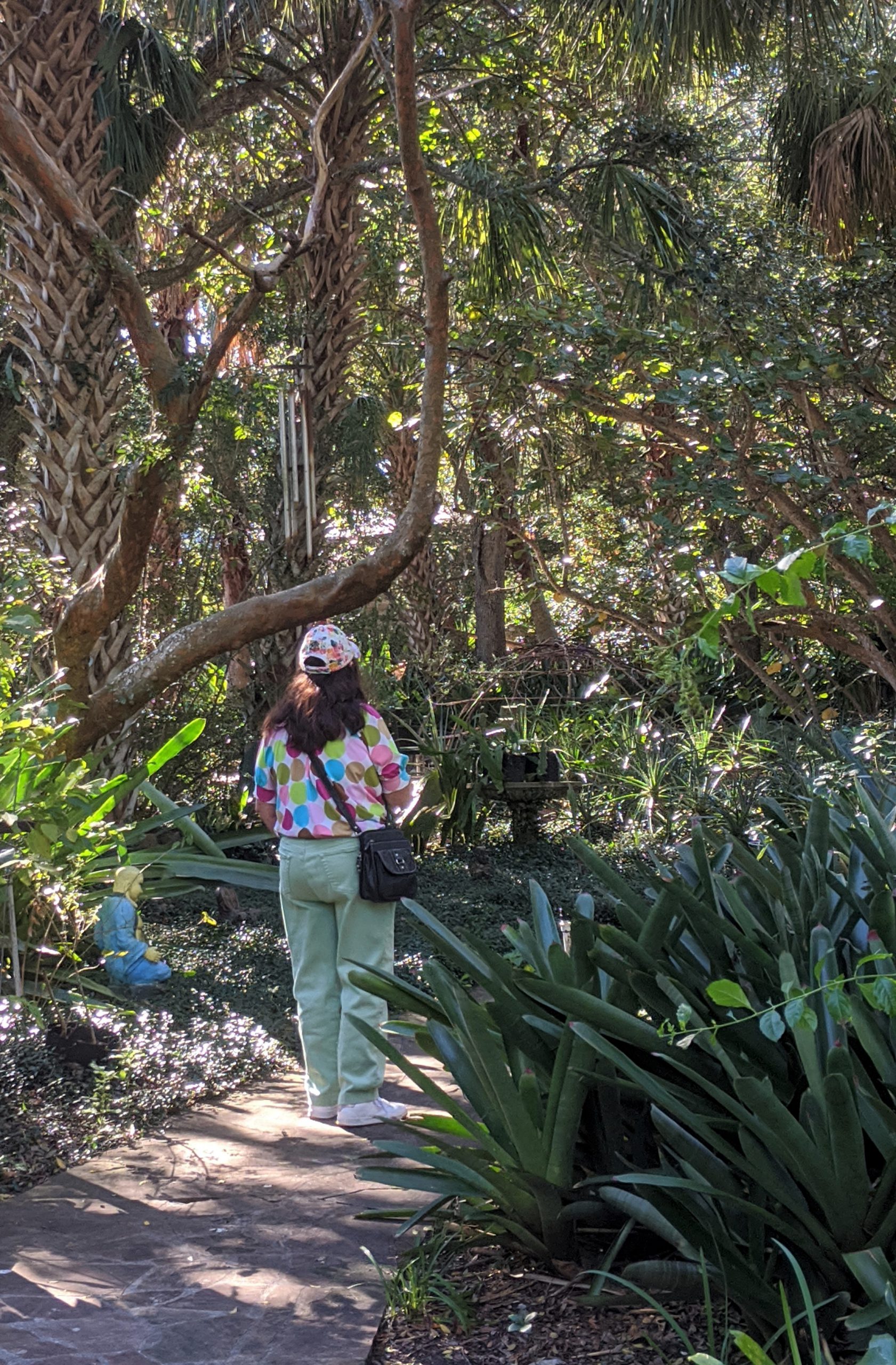 This Indian mound appears to be ceremonial, and not necessarily a burial mound. In actuality, it is known as the Anderson-Narváez Mound. Anderson because of the family that has owned and preserved the property for more than fifty years. Narváez because of the suspected landing of Pánfilo de Narváez in the area.

From the greenhouse, we parted to tour the grounds. Peacocks (and peahens), live oaks, cedars, cacti, and stones from all the United States are some of the fauna, flora, and features you’ll see on the Jungle Prada Site.

The view to Boca Ciega Bay, an aquatic preserve is guaranteed to stop you in your tracks. All of this, while David talks to you about not only the history of the site but the plants (his specialty), helps you spot the peacocks and answers questions you might have. 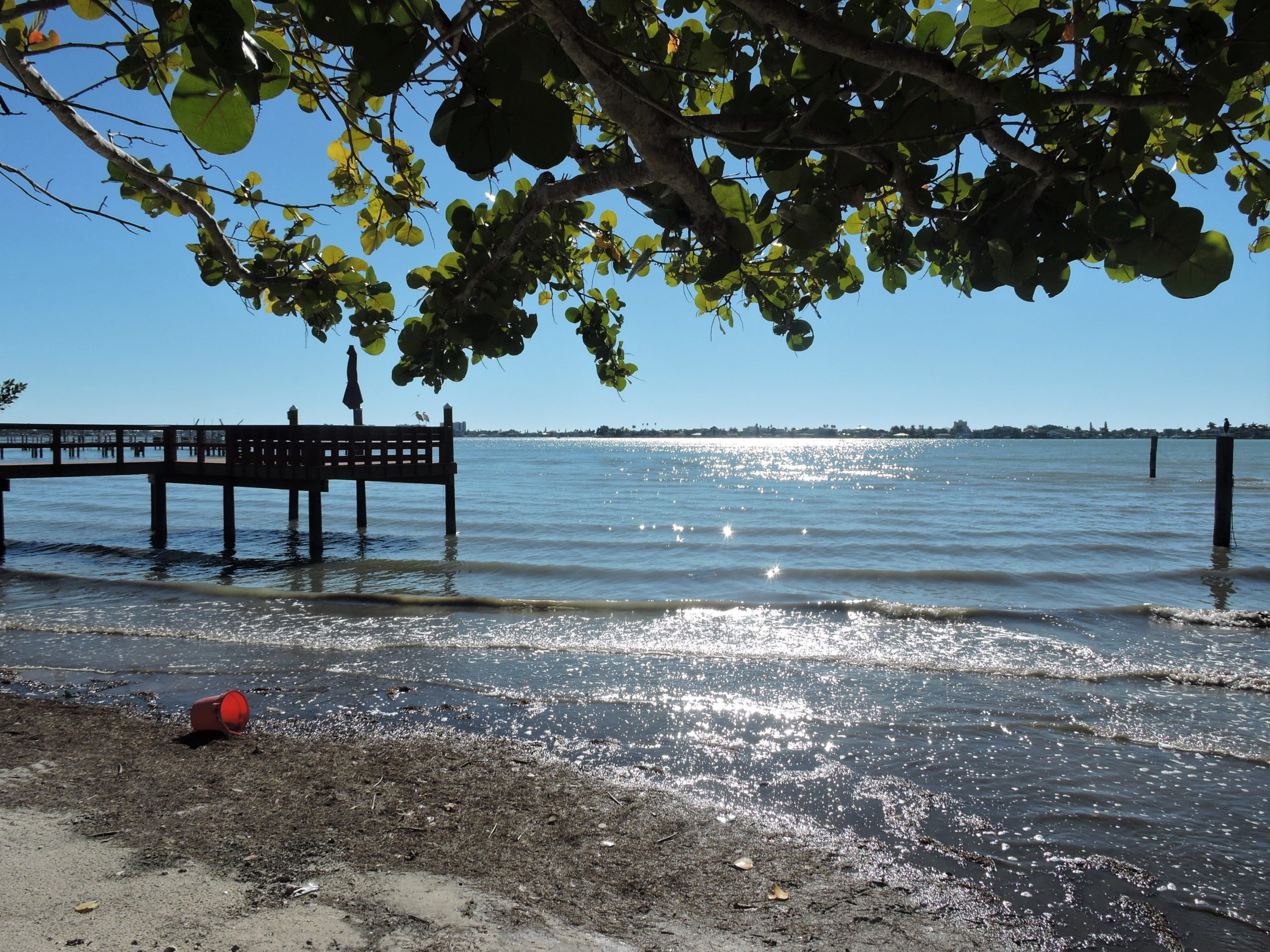 One of the final stops of the tour is the Anderson-Narváez Mound. Here you understand why this Tocobaga Indian Mound has the reputation of being well preserved, and you’ll be surprised by the number of artifacts on display. It is important to note that this is the only part of the tour that’s not wheelchair accessible, but you still can appreciate it from a short distance if needed. 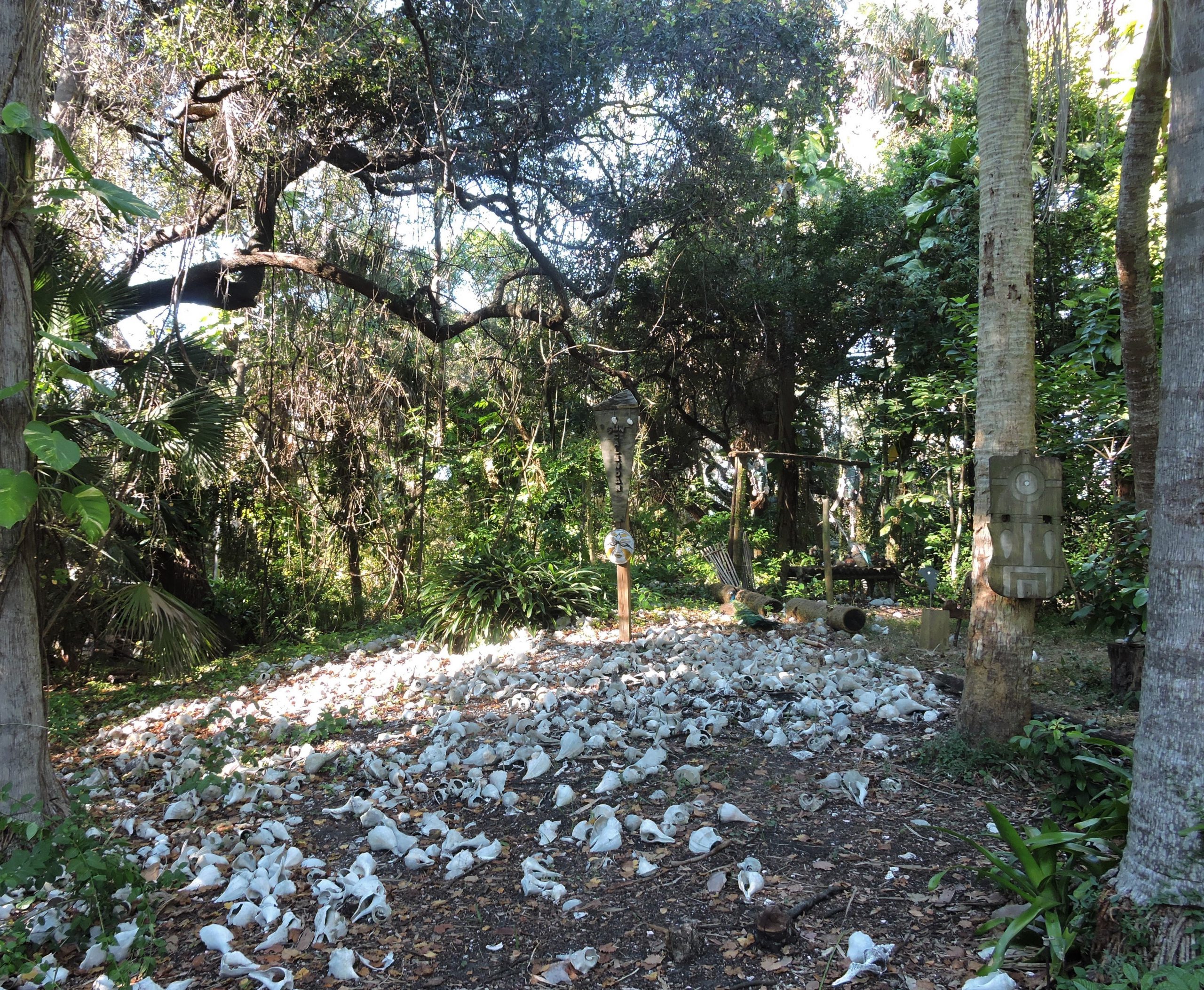 Anderson-Narváez Mound,  one of the best-preserved Tocobaga Indian Mounds in the Tampa Bay Area.

To conclude the tour, David takes you back to the greenhouse/museum to finish a story he started in the introduction (I won’t spoil it for you). It’s the grand finale of a tour that I booked mostly for the peacocks, but where I stayed for the history. 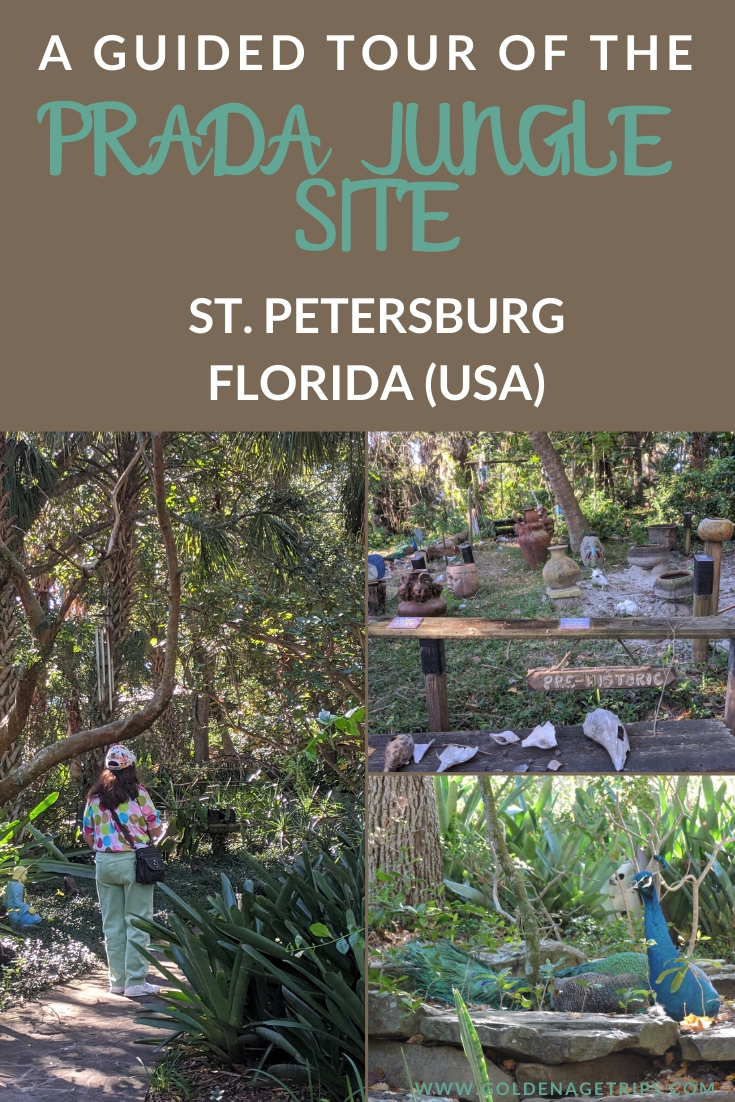