When visiting the Universal Orlando Resort, everyone takes pictures on the same spots. The Hogwarts Castle, Universal Globe, Universal Island’s of Adventure thought bubbles, etc. I have done it, and I’m not judging people for doing it. They are great photo spots! 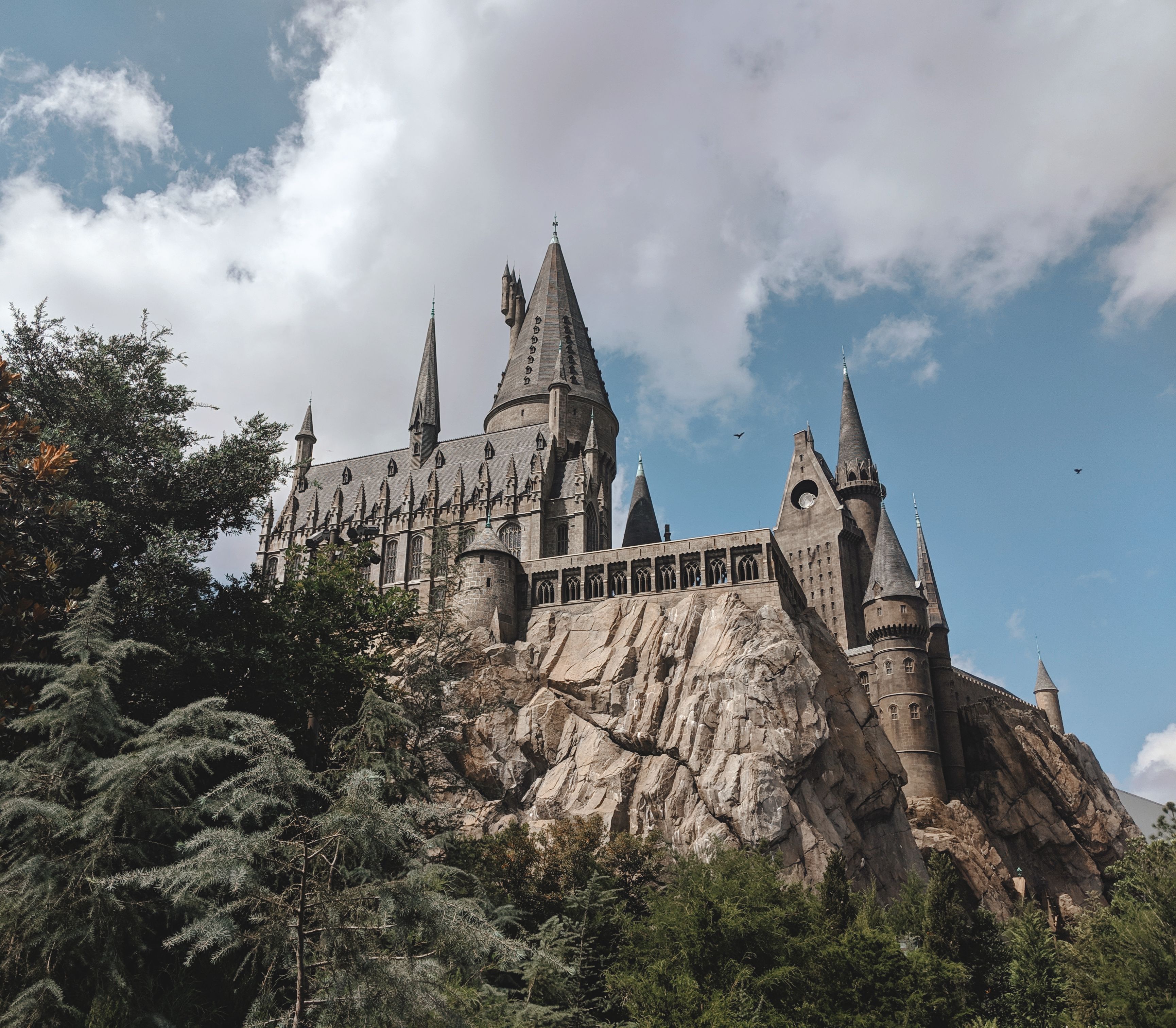 But, what if you’re looking to take pictures where most tourists don’t venture? I’m just scratching the surface on this article, and hopefully, I’ll be adding more Universal Orlando Resort photo spots soon. Nonetheless, I hope this article inspires you to visit and enjoy the less explored areas in the parks. 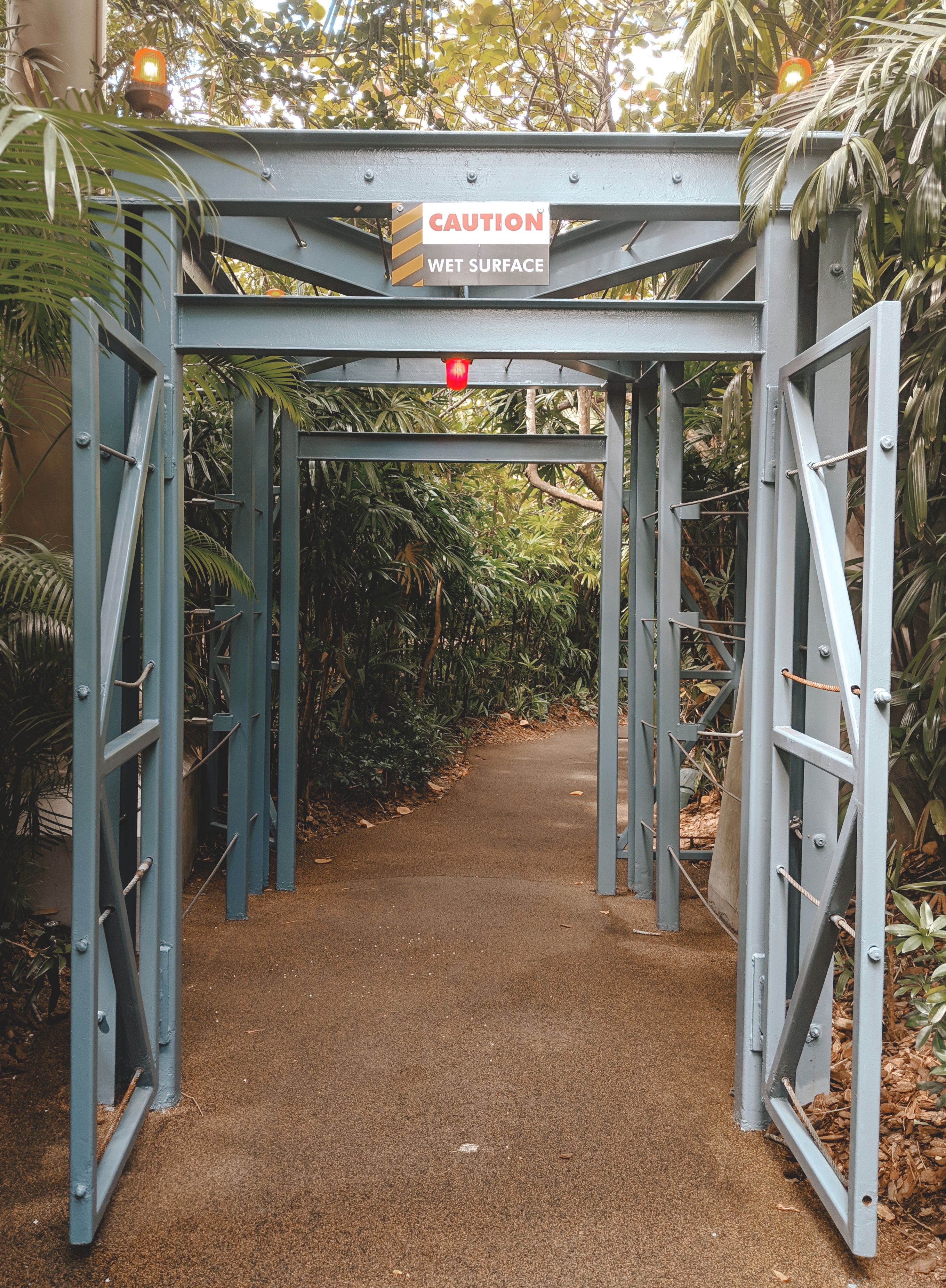 Camp Jurassic is the “kid’s zone” in the Jurassic Park area at Universal Island’s of Adventure. The place has caves, slides, water cannons, and these containment gates (I saw two) along the trails.

It is not only a great area for pictures but also fun! My only warning is to be aware of your surroundings because there are water features almost everywhere.

For example, to get to this gate, you have to walk along an area where there are water cannons in the lower and upper levels. If there’s no one, you’re good. If there are kids or other people in any of the previously mentioned levels, they’ll probably have no mercy, and you’ll leave soaking wet.

I avoided the water cannons by pretending I was at war and hiding behind some boulders. Then, I walked rapidly to the other side, and I was safe. 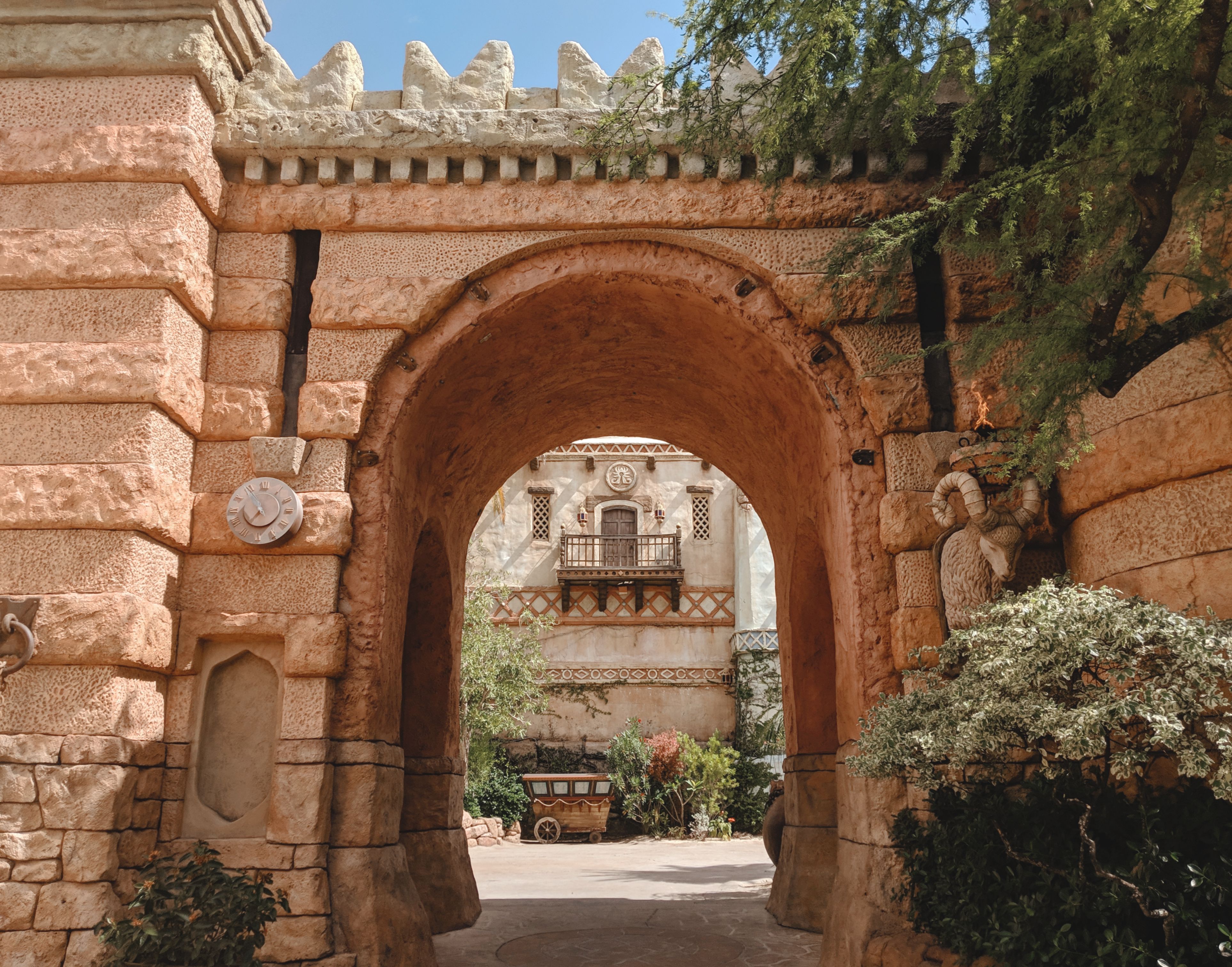 The Lost Continent at Universal’s Island of Adventure is probably one of the most underrated areas in the park. If you haven’t experienced Poseidon’s Fury, you have to give it a try. It is an interactive experience full of light, sounds, fire and water effects. As it happens with most of my favorite attractions in the parks, it is also an excellent place to get away from Florida’s hot weather.

This area can be found just before entering the Wizarding World of Harry Potter – Hogsmeade & Hogwarts. Here, you can also find the Mystic Fountain, where you toss a coin or talk to it, and exciting things happen. Well, just behind the fountain there is a courtyard that will surprise you with its beauty.

There’s not a shortage of stunning backdrops for your pictures, and you’ll feel you got lost in Islands of Adventure.

More pictures of inside the courtyard at the Lost Continent in Universal’s Island of Adventure: 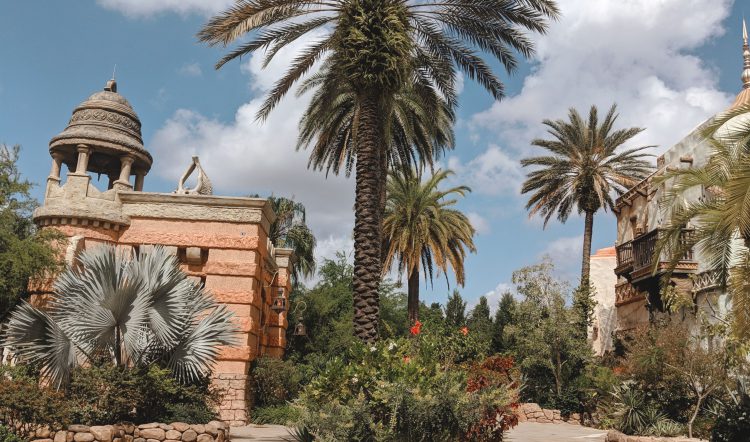 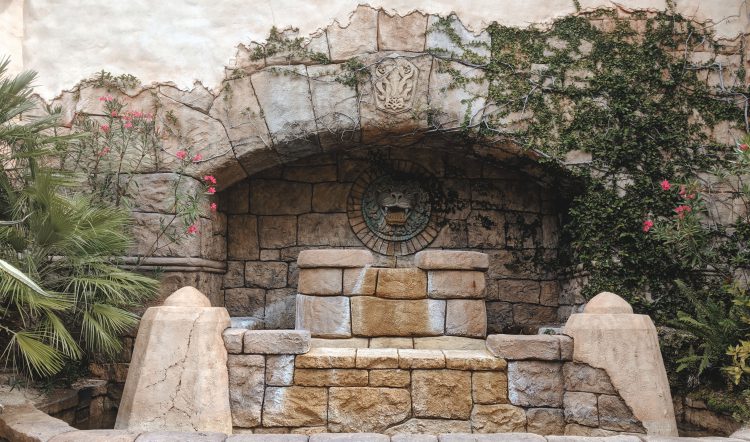 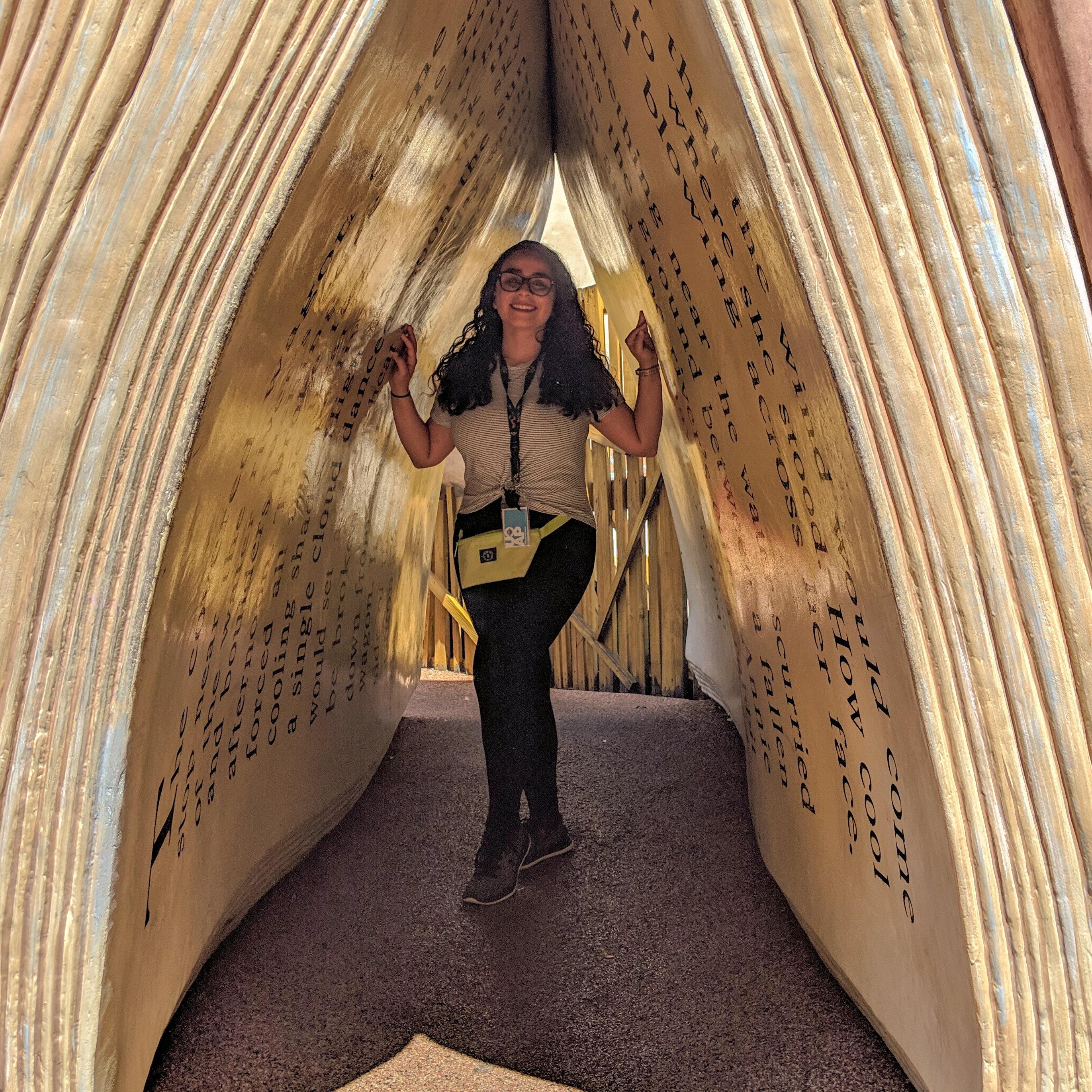 Many adults that aren’t traveling with children skip the Woody Woodpecker’s Kidzone on its entirety. Do yourself a favor, and don’t. Not every area will be for you, but I’m sure you’ll find something that’ll make you smile.

My favorite area is Fievel’s Playland. Here you have a mouse eye view of the world, with many props for your pictures. The oversized book it’s great for photos, but if you’re not an expert photographer you might run in some trouble.

Some tips I can provide are: try turning on the night settings on your phone or manually focus on the subject inside the book, so the camera focuses the light on it. You can also edit the picture after you take it, but sometimes just increasing the exposure won’t suffice.

Aside from the oversized book, there are glasses, spoons, and other trinkets. If you don’t mind getting wet (or soaked), you can also visit Curious George Goes To Town, an aquapark where there are bright colored streets and buildings. 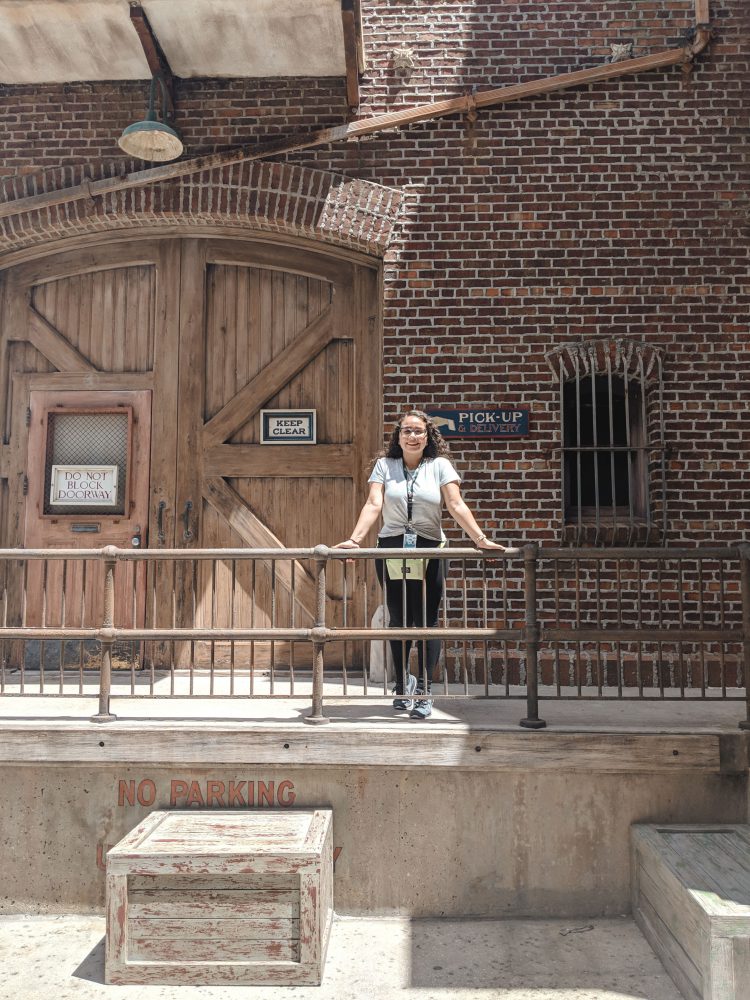 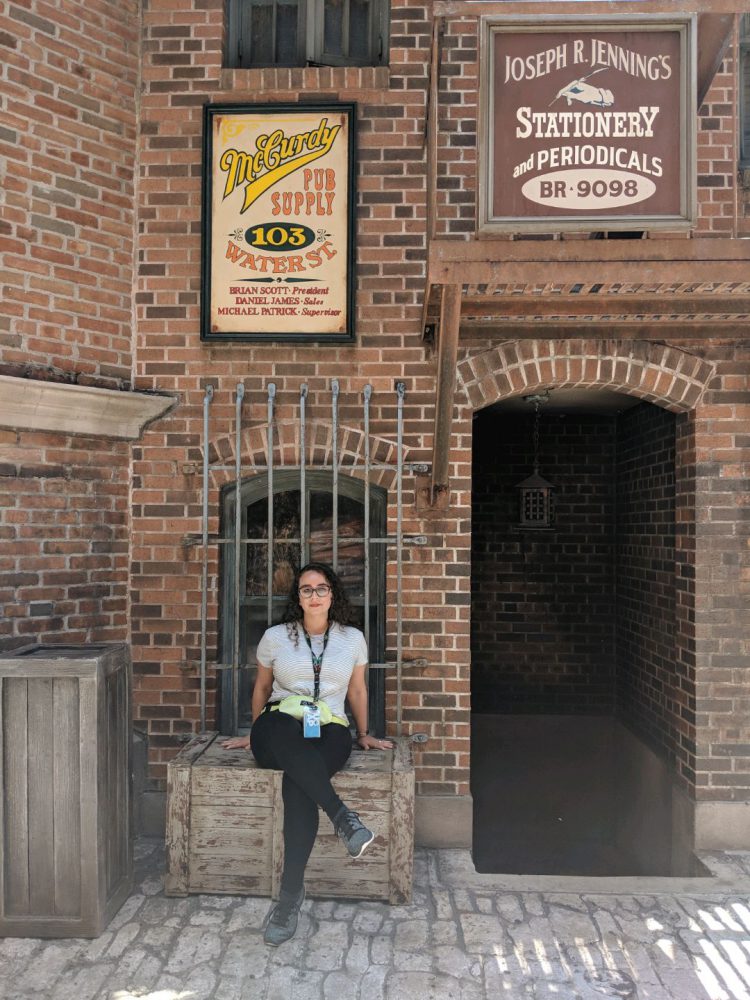 The back alleys of the New York area at Universal Studios are a treasure trove for photo opportunities. Loading docks, vintage stores, cute storefronts, and a neverending supply of “brick” buildings. What’s not to love?

Just avoid the area when the Beat Builders are performing, because that’s when it will be more crowded. 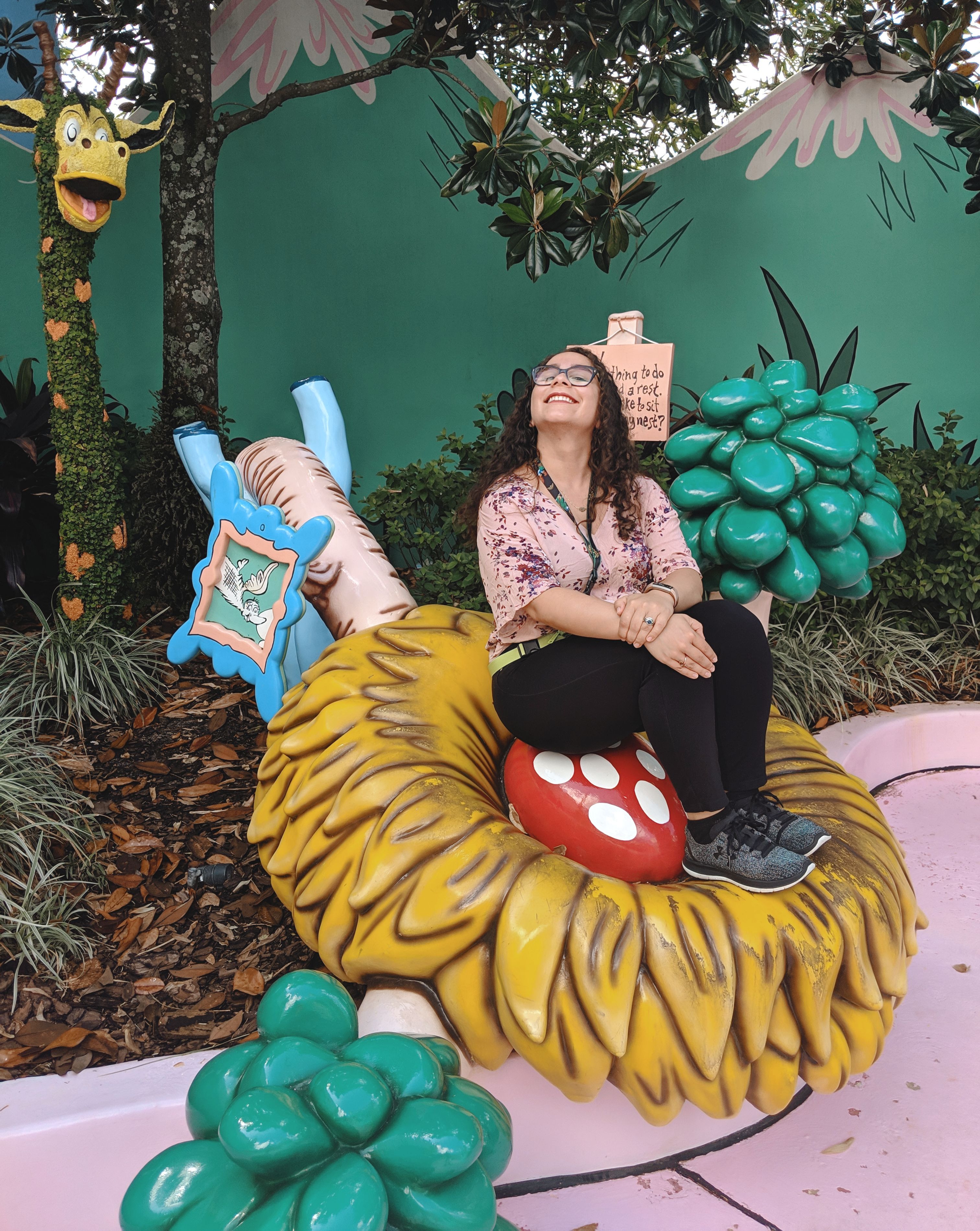 Seuss Landing on itself is such a colorful and out of this world looking area. Sadly, some people walk along the main trails and miss so much.

The “Horton’s Egg,” based on the Dr. Seuss children’s book Horton Hatches the Egg is one of this photo spots that if you’re not careful you’ll miss it. The more natural way to explain where is it is to say that’s outside the backdoor of the gift shop ‘Cats, Hats, and Things.’

Here you can also find the following colorful wall: 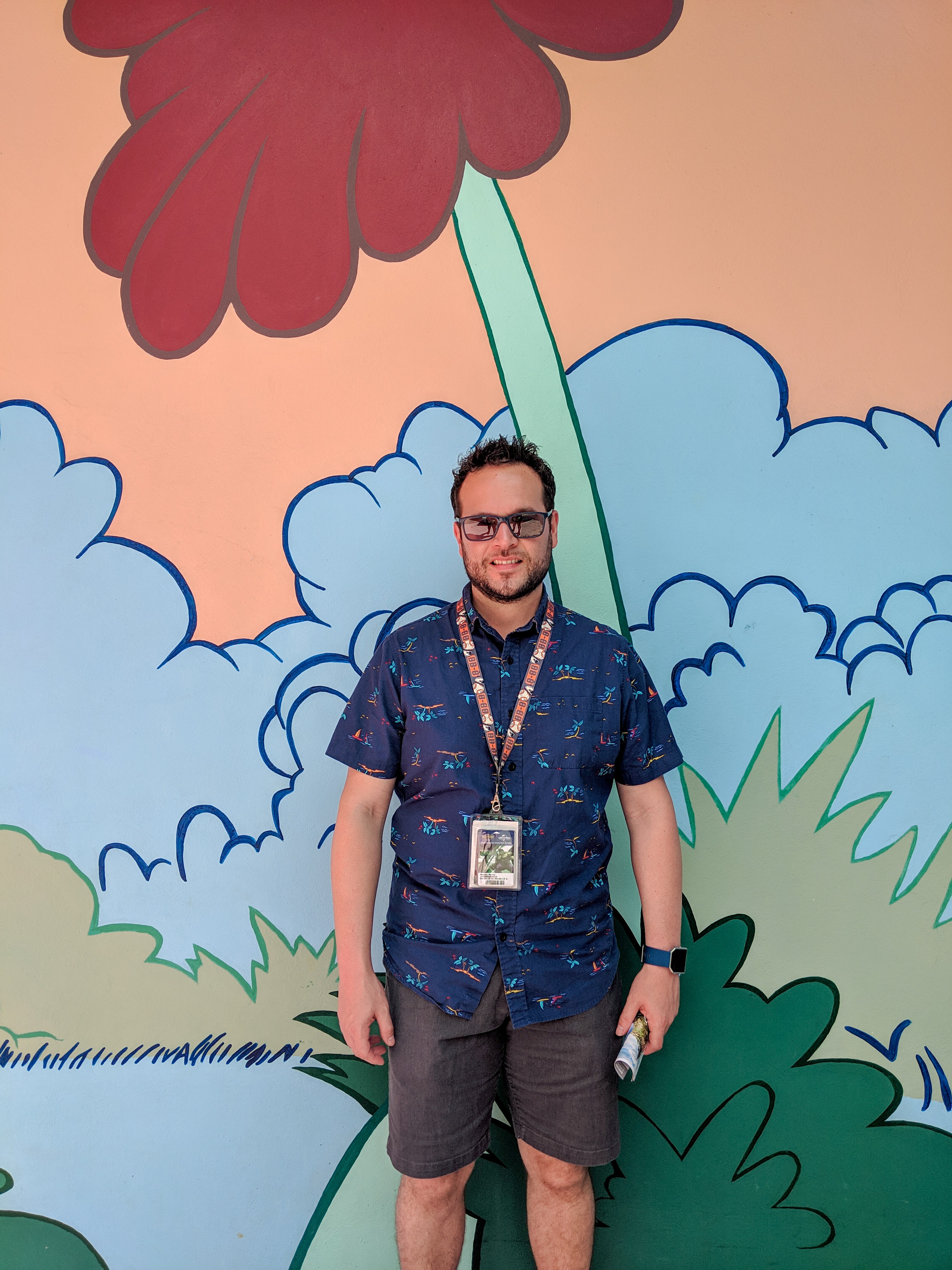 Don’t hesitate to let me know in the comments or by contacting me if you know of any other “hidden spot” that works as a photo spot. As I mentioned at the beginning of this post, hopefully with every visit to the parks, I keep adding places to this list. 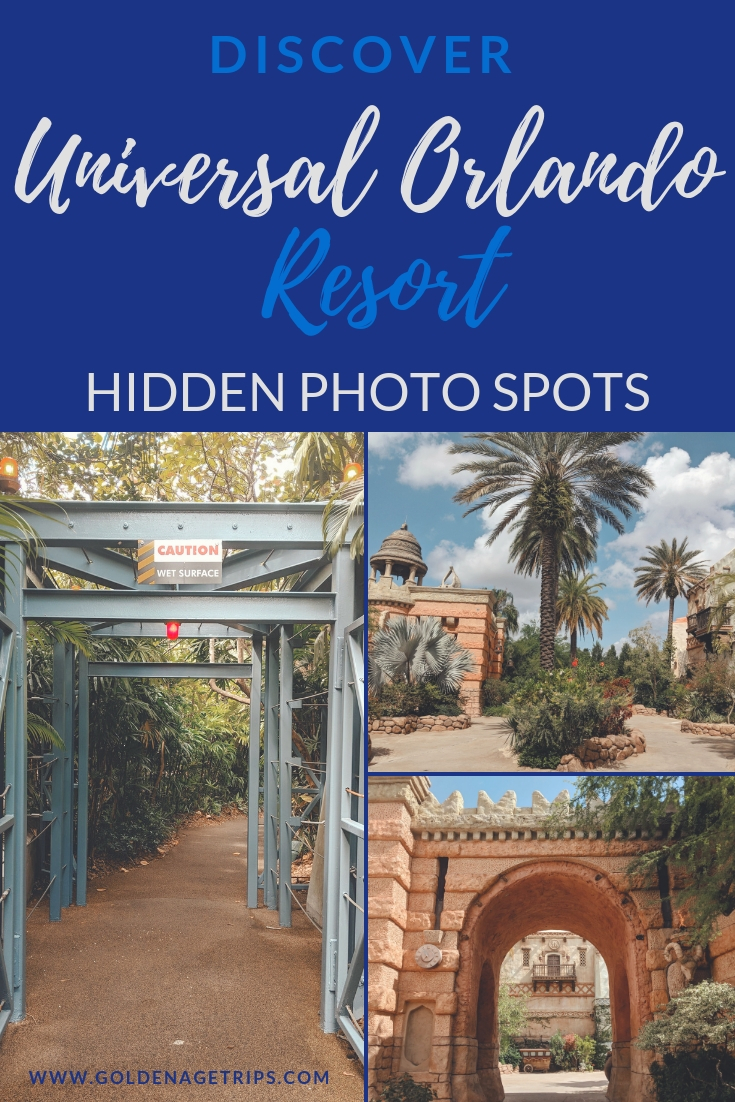