For many people, Ireland is synonym with castles. During my trip in March 2018, I did not visit many of them but decided to make a stop at the Athlone Castle Visitor Center in Ireland since we were already spending the night in Athlone (County Westmeath). Keep reading to learn more about how to get here, how much its entrance cost, parking, and what to expect during your visit.

Where is the Athlone Castle Visitor in Ireland?

Before I start talking about the castle and its history, let me show you where the city of Athlone (County Westmeath) and its castle and visitor center are. 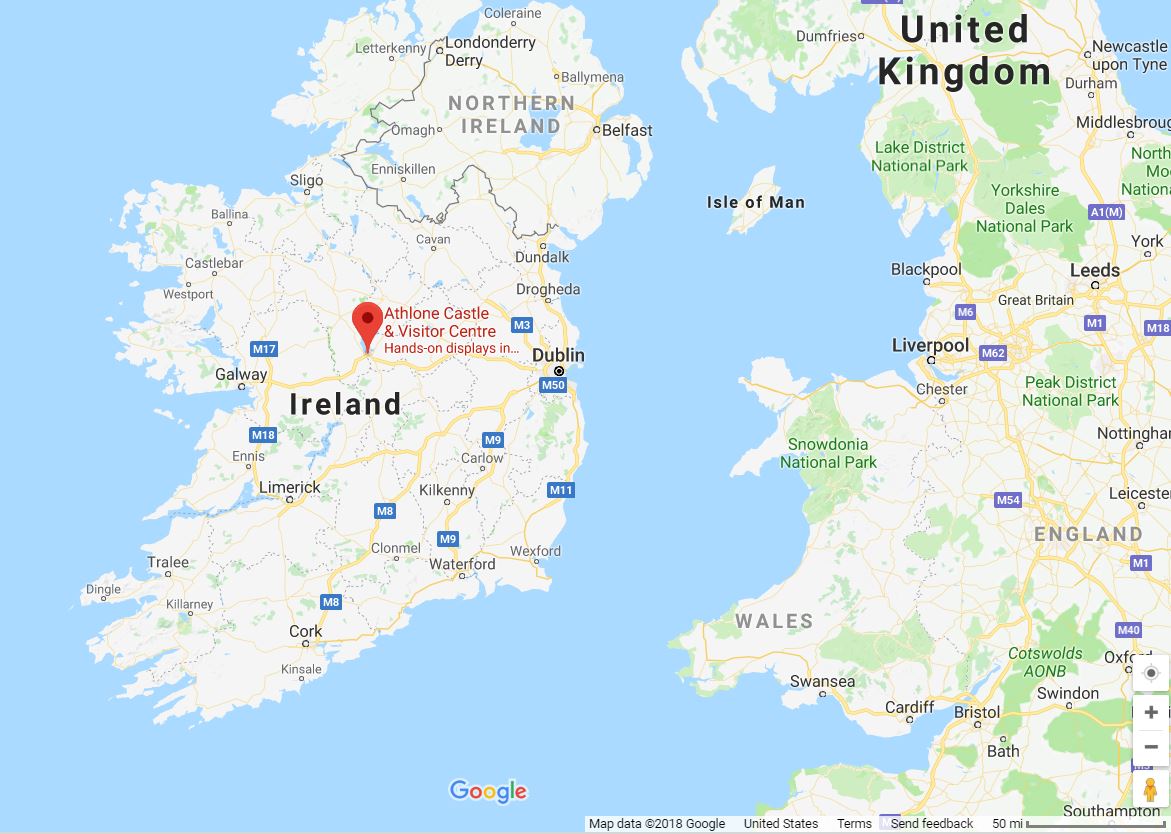 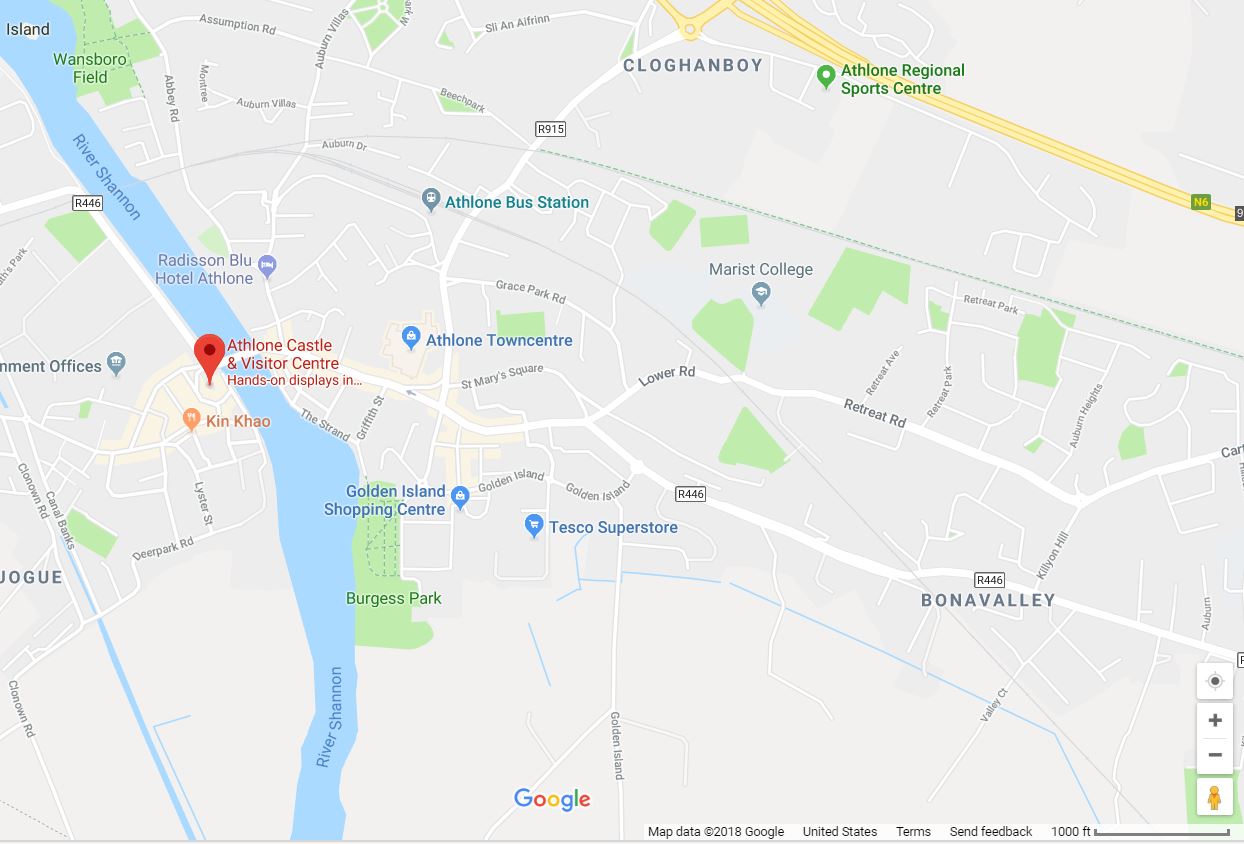 The location of the Athlone Castle Visitor Center. The reason there is a zoomed in picture of the site is that you should be aware of its strategic position (on the banks of the River Shannon). This locality was an influence on the number of events that occurred in the castle and its perimeters.

We arrived at the Athlone Castle Visitor Center in Ireland before noon. The first thing we noticed is that because “high season” in the area doesn’t start until Easter we had the castle almost for ourselves.

The Athlone Castle, or at least the structure that survives today dates from 1210. That makes it more than 800 years old! Just from looking at the stone you can’t really guess, because of how sturdy it seems. 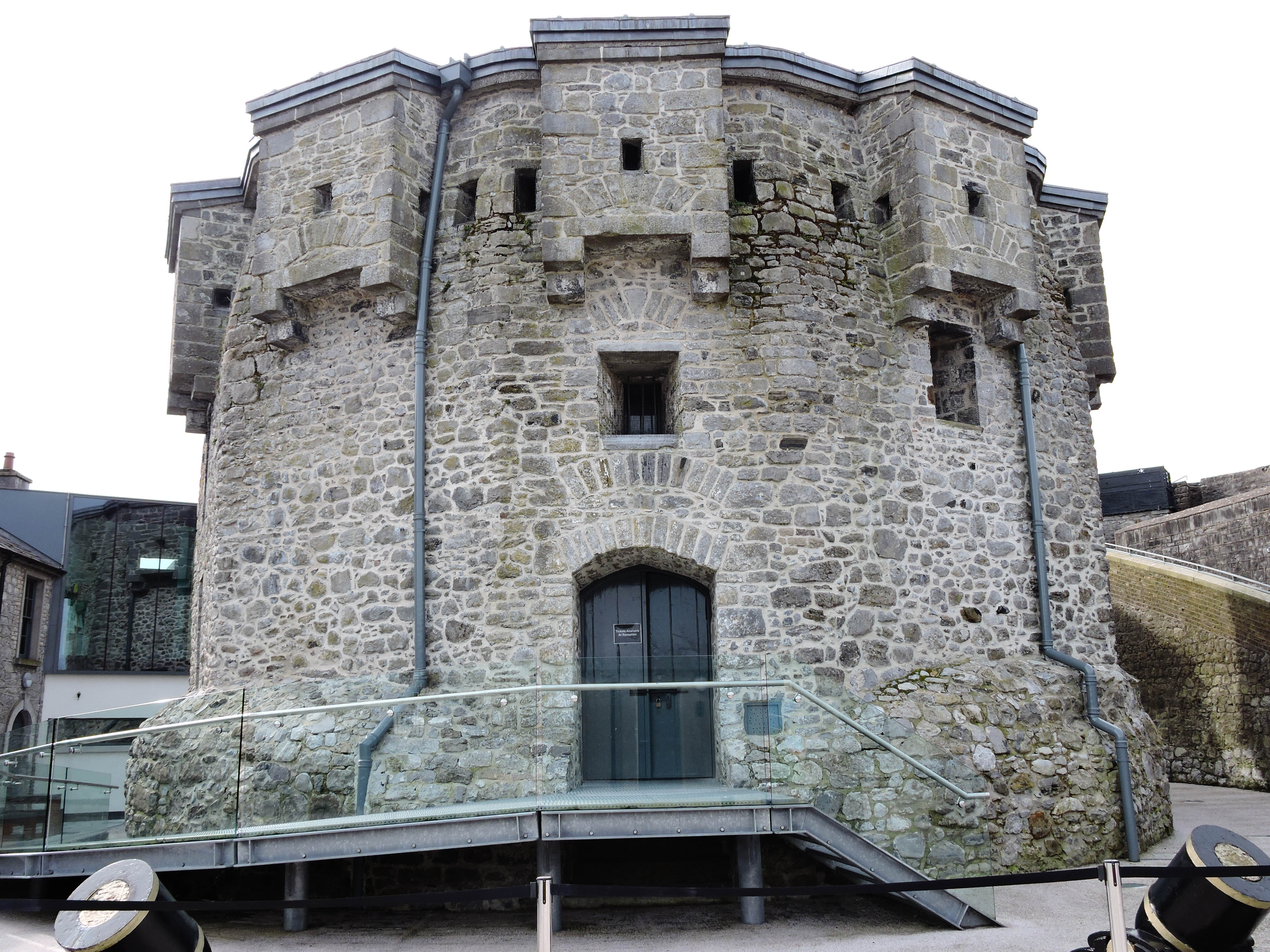 Athlone’s Castle central keep or ‘donjon.’ Keeps are known for having been used as a refuge of last resort should the rest of the castle fell to an adversary.

It is difficult not to get distracted by the view of the Athlone Bridge and the Shannon River once you go up the ramp on the entrance, but go ahead and enter the reception to buy your tickets for the Athlone Castle Experience. 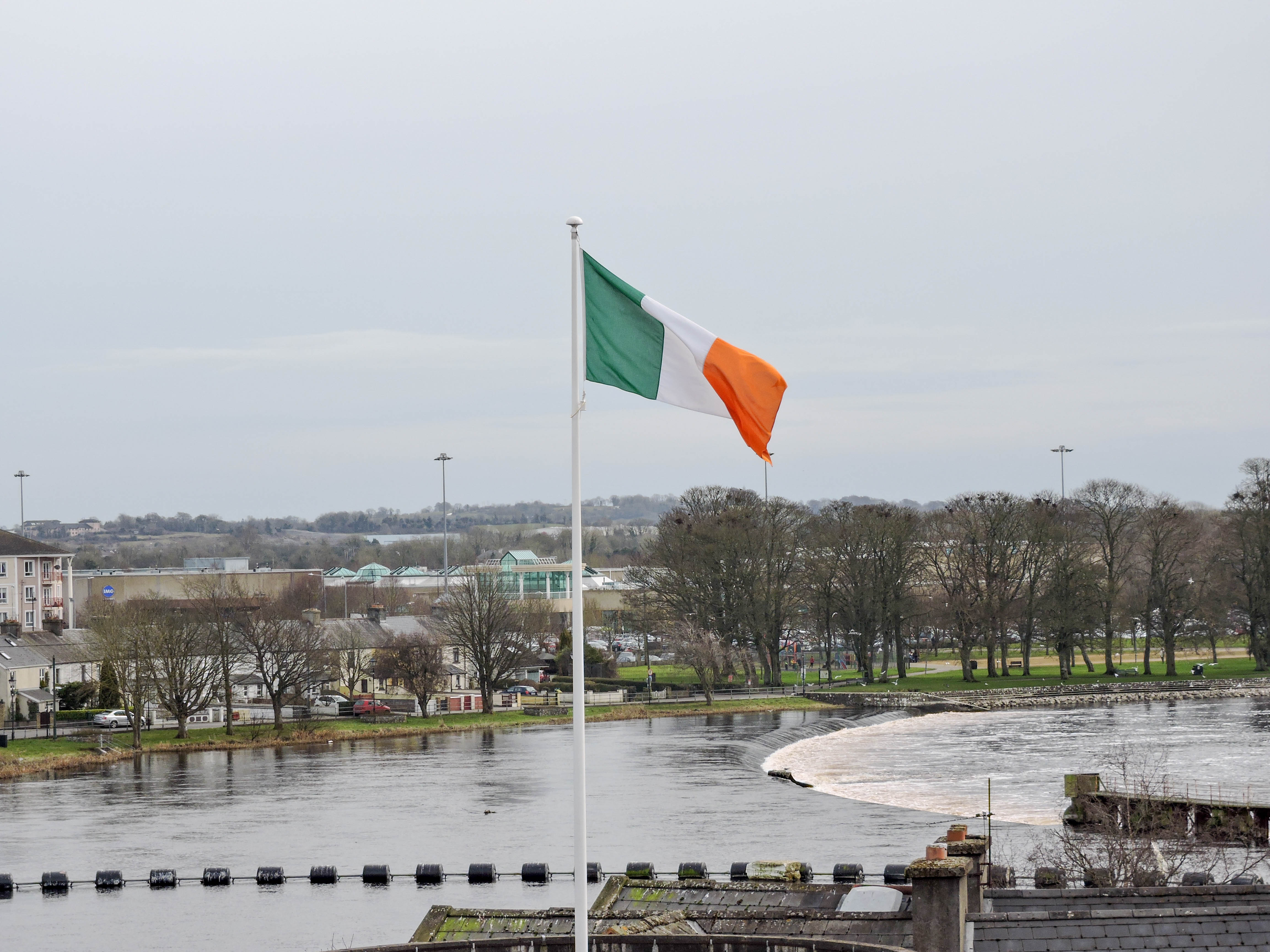 Flag of Ireland in the Athlone Castle. In this picture, you can also see the River Shannon and what’s left of what used to be the original Athlone Bridge, built in the 16th Century. The bridge was decommissioned in the early 20th century, and a new one opened in 1844 .

After buying the tickets, one of the things that surprised me the most was how ultra-modern the interior was. The Athlone Castle Experience did not open until 2012, which is probably one of the reasons everything still is in pristine condition.

The exhibition is divided into eight galleries. It is arranged chronologically and is extremely interactive. From a 360 degree theater that shows a recreation of the Siege of Athlone in 1690 to games, and even full ‘medievalesque‘ outfits (for you to wear!) you can easily spend one to two hours in here. 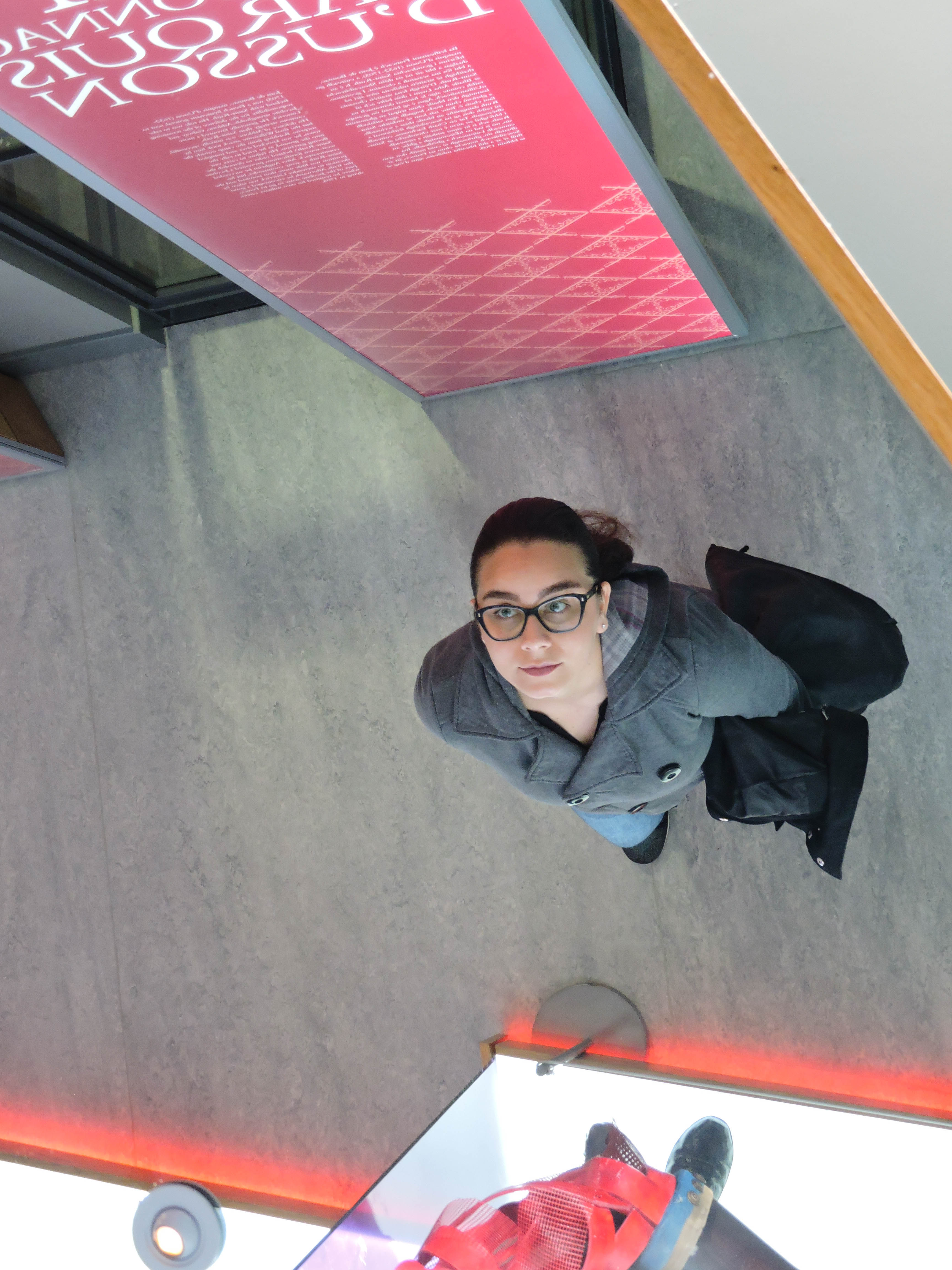 In Gallery Five: ‘People of the Siege’. Here you can learn more about generals that were involved in some way in the attack and defense of the Athlone Castle.

Families, couples, and solo-travelers alike will enjoy this exhibition. There is something for everyone. It is self-guided, and you can take it all in at your own pace. After all, you’ll be learning not only about the castle and its history but about early settlements that go back up to 5000 years.

Spoiler Alert: The castle was attacked numerous times, and the surrounding area saw many battles and bloodshed. 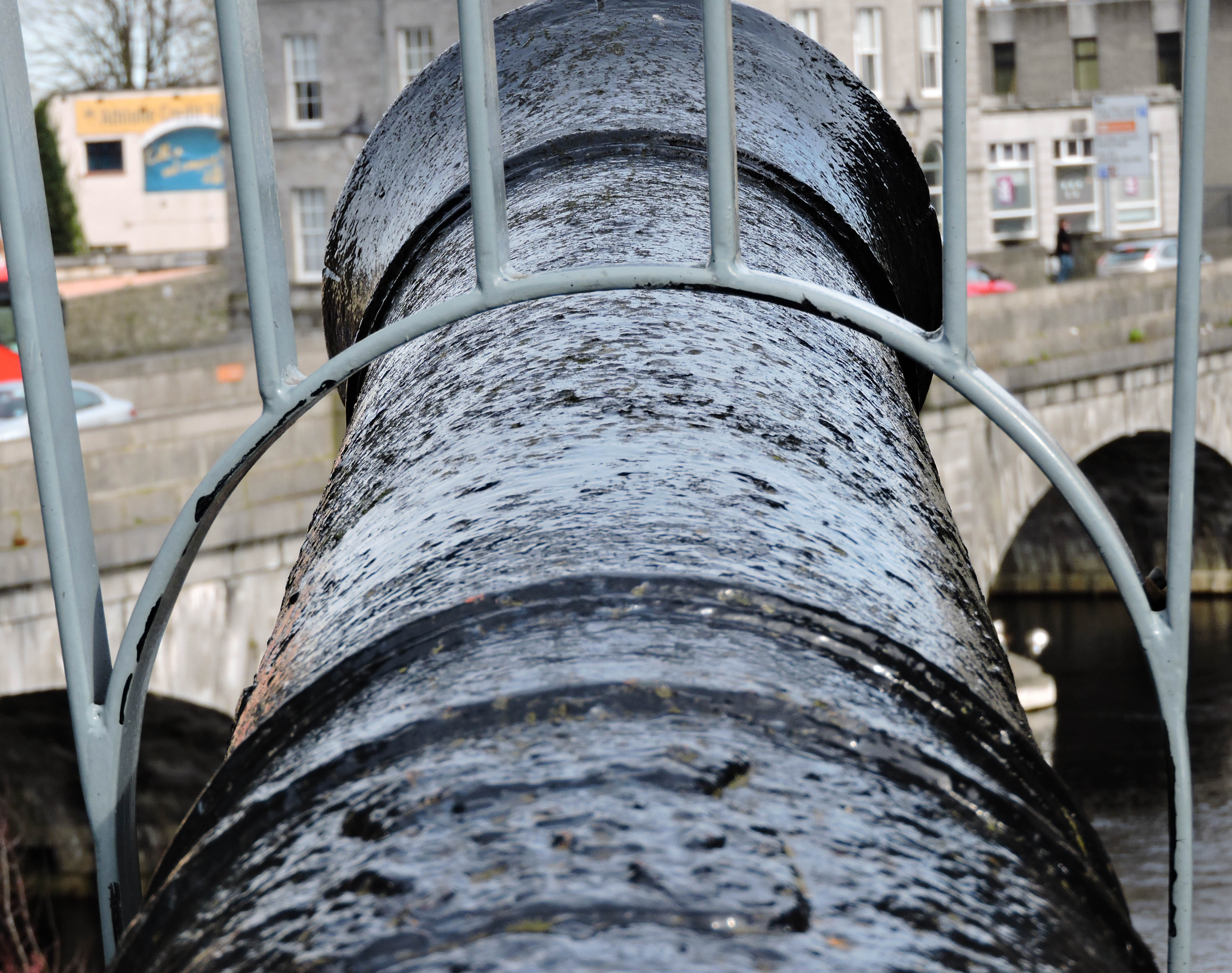 Cannon overlooking the Shannon River at the Athlone Castle

How to get to the Athlone Castle Visitor Center in Ireland?

After visiting the Cliffs of Moher (Click Here to Read 10 Reasons Why You Shouldn’t Visit the Cliffs of Moher) and spending the night in Doolin, we drove to Athlone. It took almost 2 hours via the M6. You can drive through more rural roads if you desire, but at that point, our nerves couldn’t take it anymore.

If you’re driving from Dublin, it should take you less than 1 hour and a half to arrive in Athlone via the M6 and M4.

Where to park if visiting the Athlone Castle Visitor Center in Ireland?

There is display and on-street parking behind and beside the castle. There’s also a relatively good amount of parking in Downtown Athlone.

How much it costs to visit the Athlone Castle Visitor Center in Ireland? What are its hours? 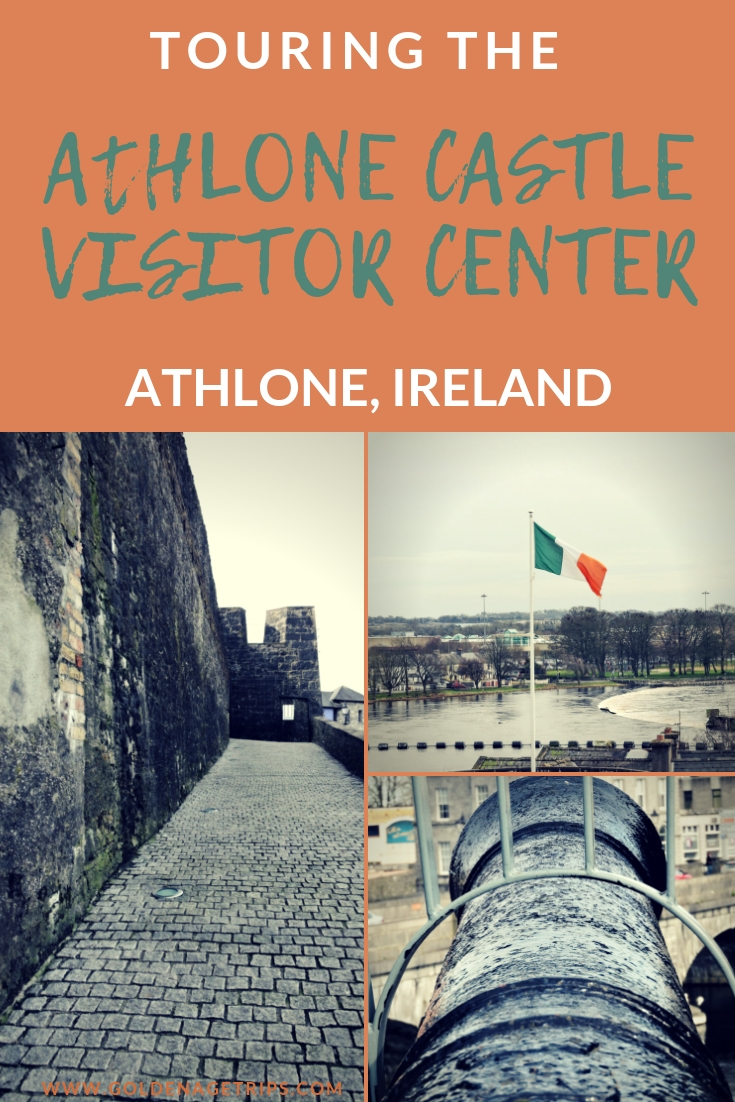